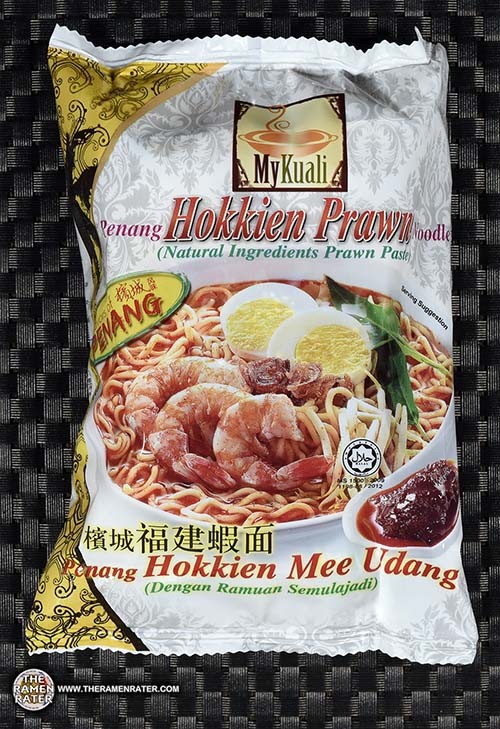 I’ve always been impressed how often MyKuali changes their recipes. I want to say this may be the fourth iteration of the Hokkien Prawn Noodle thus far – at least that they’ve sent and I know of. I’ll admit I’ve not always been keen on the changes, but it really is nice to see companies that want to keep improving – even a product that’s very well received to begin with. Let’s see how this new change taste! ...see full post 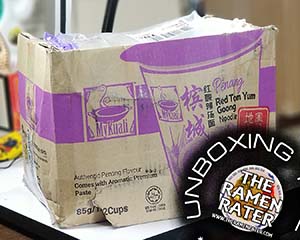 Sometimes a package will get routed through Anchorage, AK and this can prove a bit harrowing for it and it’s contents. Luckily, despite one side being completely ripped open, it made it through not only the rough treatment but a call from the customs folks asking what was inside… ...see full post 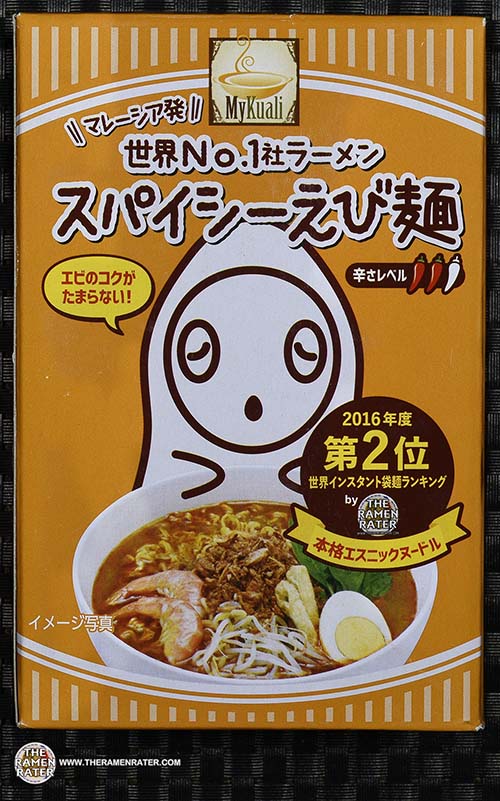 Here’s the final of the three Japan version MyKuali boxes. This one’s a favorite of mine (as are the other) but lately it’s been a real treat. Here’s a little about Hokkien Prawn from Wikipedia – ...see full post 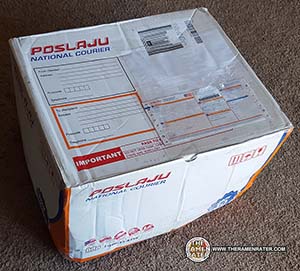 A package from Malaysia! Let’s look within! 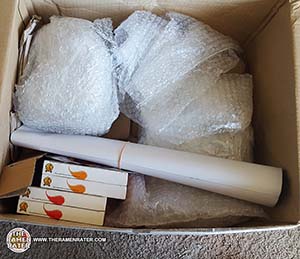 Hmmm what do we have here? 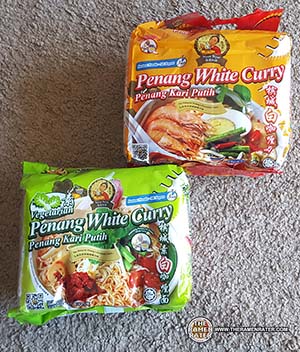 Penang White Cuury in regular and vegetarian! Seems like for a while I was reviewing so much white curry… Really excited to try some again!! ...see full post

THE TOP TEN SPICIEST INSTANT NOODLES OF 2015 HAS BEEN RELEASED, REPLACING THIS LIST – SEE IT HERE 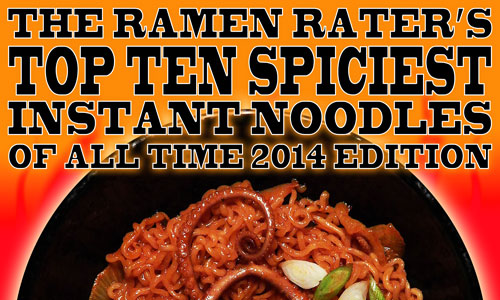 If you like it hot, you’re in for a real treat here. These are the spiciest instant noodles you can get that I’ve reviewed from my 1,446 reviews thus far. If you can’t handle spicy foods, these definitely aren’t for you – these are serious! Many of these were so hot, I couldn’t finish the bowl – and I can handle a decent amount of heat! I used to review hot sauces! Anyways, Hope everyone is having a great summer and here are the spiciest instant noodles of all time for 2014! ...see full post 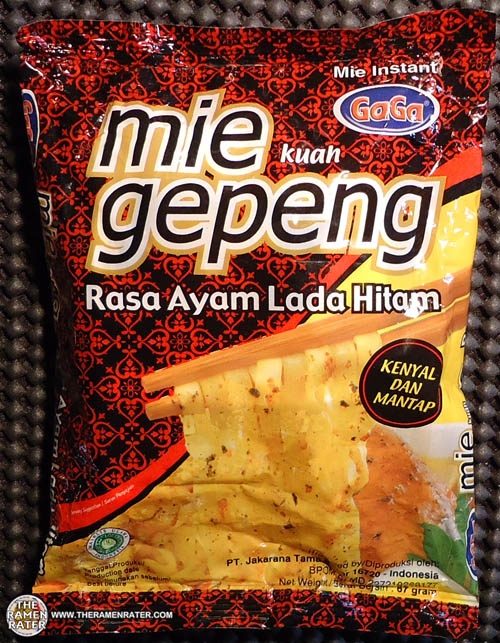 A friend sent this a while back from Jakarta – thank you! This is one that says kuah on it. What’s kuah? Well as far as I can gather, kuah is gravy. So instead of a broth, this one should be a bit thicker. Guess we’ll see! Black pepper chicken )rasa ayam hitam) – let’s check it out! ...see full post 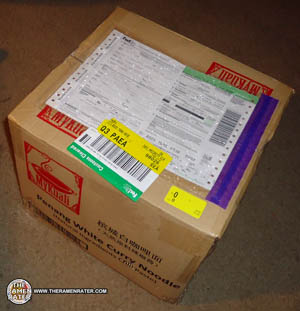 Got a package from MyKuali today! Who is MyKuali? Well they’re The Ramen Rater’s first advertiser – you might see their advert up above. The make the Penang White Curry instant that was #7 on the 2013 spiciest list. Im excited – let’s see what’s inside! ...see full post

When I was very young, I first discovered a satay variety of Indonesian mi goreng and loved it. I would go on special trips to Seattle just to get tons of it! The many seasoning sachets, oils, and the exotic flavors – it was great! I have been very fortunate to be able to try many, many more varieties of Indonesia instant noodles. I think what makes them distinctly different from others in the world are the use of sweetness and spiciness. These flavors balance so well in mi goreng. Then there’s flavors like lime, hot chillies and the crunch of fried onion. Reviewing such exotic varieties are what makes being The Ramen Rater so enjoyable! With that, I proudly present The Ramen Rater’s Top Ten Indonesian Instant Noodles Of All Time 2013 edition!!!!! ...see full post 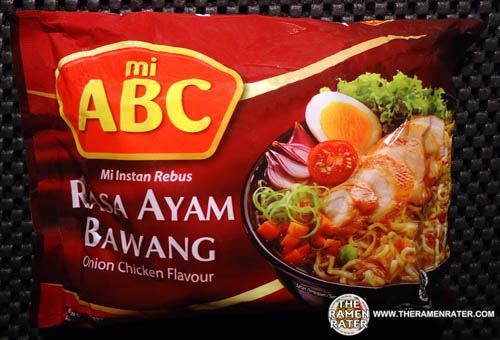 Another one sent by my friend in Indonesia – thank you! A little translation. So it’s onion chicken flavor – rasa means flavor, bawang is onion and ayam chicken. Mi instan is instant noodle, but rebus? Rebus translated to boiled and here I think refers to the noodles being ‘cooking noodles.’ As I’ve mentioned in the past, what makes a noodle ‘instant’ is the fact that you can put the noodle block and seasonings in a bowl, add boiling water and then cover for a few minutes, stir and eat. Anyways, let’s check out this Indonesian variant. ...see full post 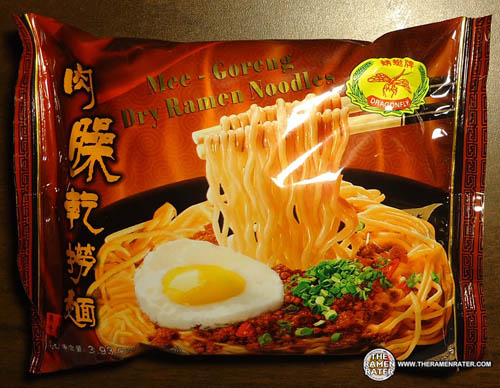 Found this the other day at KS Mart in Lynnwood (that’s where I git my kimchi!). This is from China – never had a Chinese made mee-goreng before! Usually I like the Dragonfly stuff though. Let’s give this a go! ...see full post