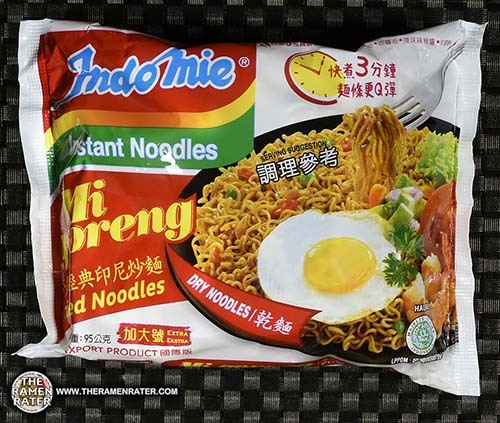 Alright so about these – I received a 5-pack from the nice folks at the Indomie booth at the Taiwan International Food Expo in Taipei, Taiwan in November 2017. I asked a little about them. This pack you see here is specifically for Taiwan. So, what’s different? Well for starters, lots of Chinese on the pack. The main difference however is the actual soizie of the package. This one’s a little bit bigger than the ones found elsewhere, and this is unique to Taiwan. You can’t get them like this anywhere else in the world. Period. A huge difference? No, but still a difference. Here’s a little info from Wikipedia –

The “Mi Goreng” (“stir fry“) range of instant noodles by Indomie, based on the Indonesian dish Mie goreng, entered the market in 1983 and are distributed in North America, Europe, Africa, Australasia and various regions in Asia. The brand flavours are sold in varying weight packets, around 85 g, and contain two sachets of flavourings. The first sachet has three segments and carries the liquid condiments: sweet soy sauce, chilli sauce, and seasoning oil with garlic flakes. The other sachet has two segments for dry seasoning powder and flake of fried shallot. In some regions, Indomie Mi goreng is also available in jumbo (120 gram) packs.[15]

Additionally flavour enhancer 631 can be prepared from meat extract and/or dried sardines, but it can also be created via a microbial synthesis process from a vegetable source,[16] and flavour enhancer 627 is isolated from sardines and/or yeast extract. The inclusion of flavour enhancer 631 and the way it was prepared means Indomie Mi Goreng may or may not be suitable for vegetarians and vegans.

Note that last line there. Okay so for all of you asking for a top ten vegetarian list – that’s why there isn’t one. Digging through ingredient lists all over and especially ones with these flavor enhancers would be a serious job. Not gonna happen! Anyways, let’s open this one up and have a look! 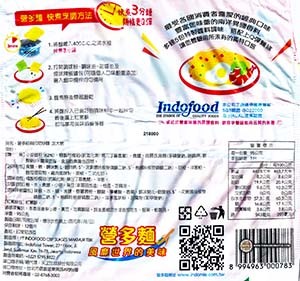 Here’s the back of the package (click to enlarge). Looks to be meat free but check for yourself. To prepare, add noodle block to 400ml boiling water and cook for 3 minutes. Drain. Add sachet contents except for onion. Stir well. finally, sprinkle fried onion on top and enjoy! 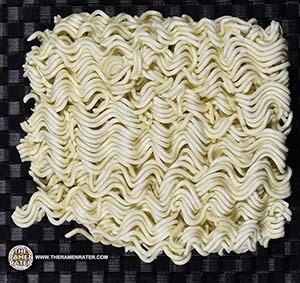 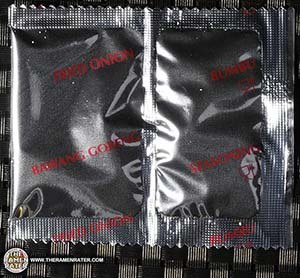 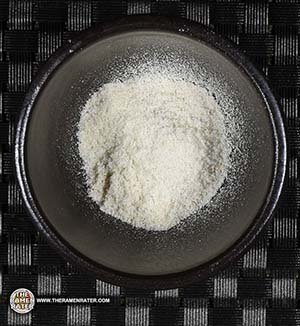 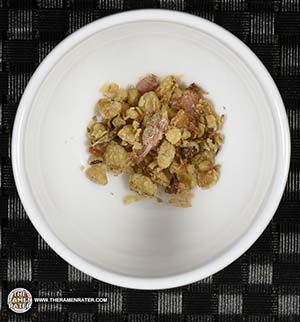 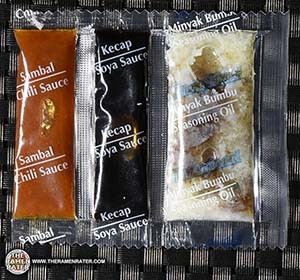 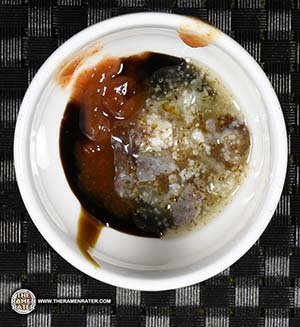 The three co-mingle in a wonderfully scented hot mess. 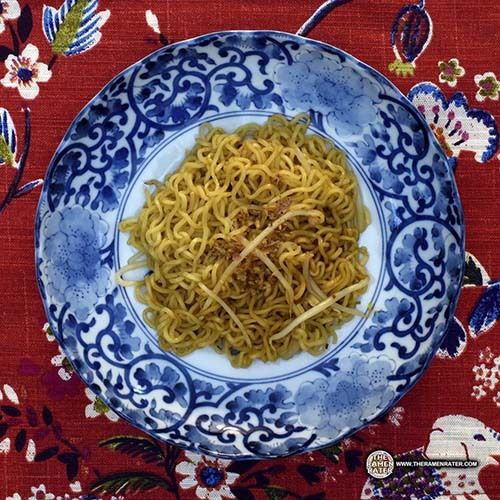 Finished (click to enlarge). Added mung bean sprouts. The noodles have that standard gauge with a slight backbone which works so well. The flavor is great as always – sweet, spicy, salty, just right. I will use the y-word here. Yummy. 5.0 out of 5.0 stars.  EAN bar code 8994963000783.