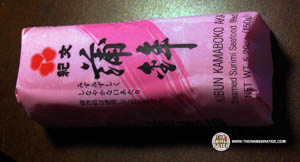 I’ve seen many times mentions of Kamaboko and Naruto in ramen dishes and looked all over for them. This last Saturday we went to Uwajimaya and I found both! Hah! First, let’s check out Kamaboko. It’s surimi, which comes in many ways – for example, imitation crab is one form of surimi. 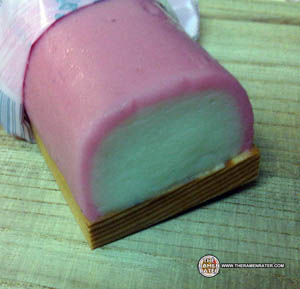 Here’s how it comes – on a little piece of wood! You slice it thinly and it can be eaten unheated since it’s steamed previously. It’s slightly rubbery and chewy – kind of like a cold-cut version of calamari. t has a very light flavor.

This is Naruto. There’s a popular anime character with the same name…

He’s got a little spiral on his head; he’s a ramen fan.

Hey look – the same little spiral! So it’s like a log of fish that you slice thinly. It is a lot like the Kamaboko except not as chewy and has a more fishy flavor. 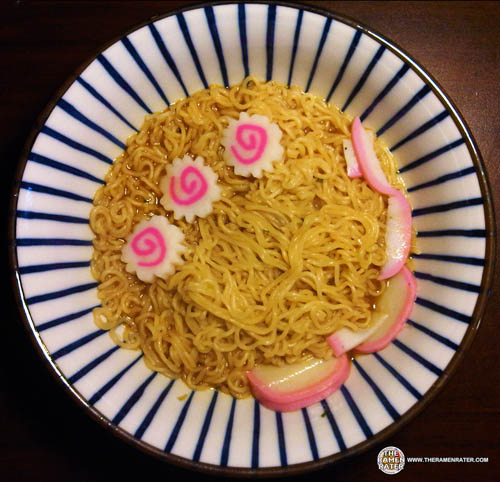 Today I had some noodles with my son. He had a bowl of Nissin Dmae Ramen – the sesame oil flavor. 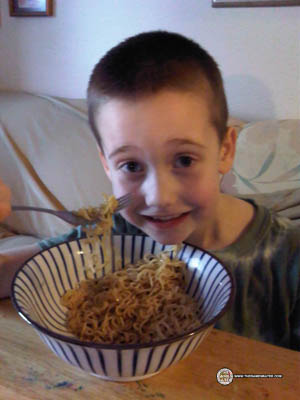 He was very interested in trying the Naruto and Kamaboko! The fearless Andy didn’t question ‘what’ it was, but was very interested as it’s from Japan – he’s in a club at school called ‘Nakano Club’ – they’ll have visiting students soon from Nakano, Japan and so he’s interested in all things Japanese. He liked the Kamaboko a little more than me – was hoping for a bit more flavor, but it was nice. I liked the Naruto better than he did. It had a slightly fishier taste and was less chewy. He ate the whole bowl of noodles though with all the additions! Not bad!

6 thoughts on “Our First Experience With Kamaboko & Narutomaki”