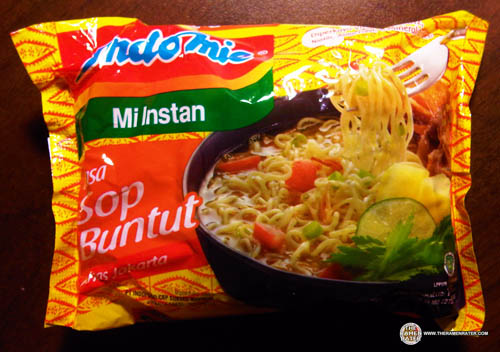 Another of the half dozen amazing Indomie varieties sent to me by Edin N. of Vancouver, BC! Thanks again! This one’s oxtail soup. Let’s begin. 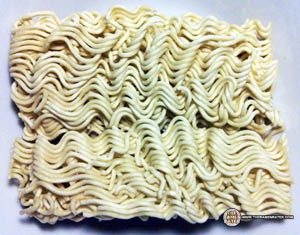 Here’s the noodle block. Last time with the spicy coconut shrimp soup, the noodles were wide. These look like the noodles I’m used to from Indomie. 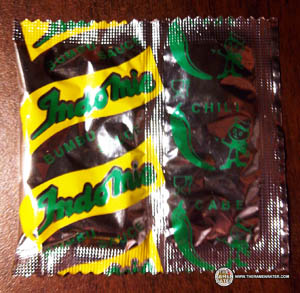 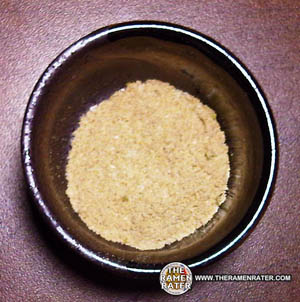 Here’s the powdered seasoning – has a pleasant odor to it. 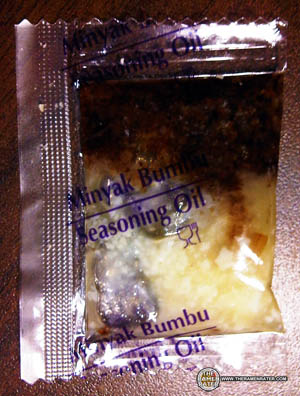 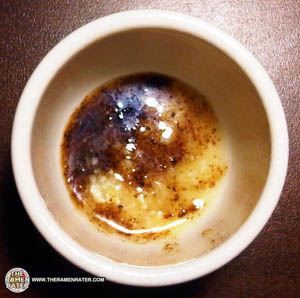 Very strong onion scent coming from this one. 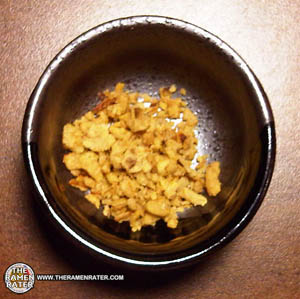 This are added right at the end as a garnish. 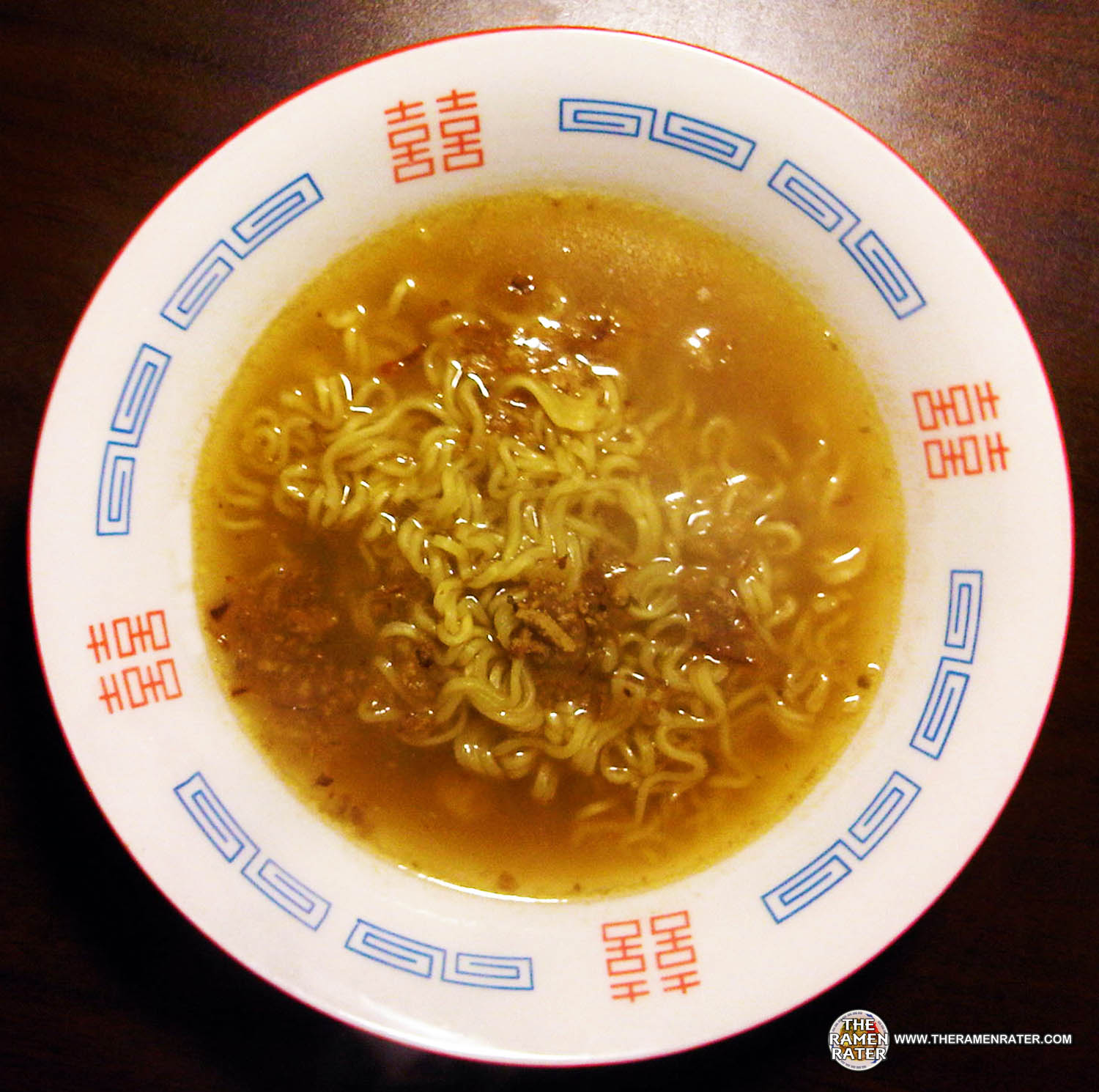 Finished (click image to enlarge). Didn’t add anything. Starting with the noodles, they’re your standard instant. They’re not amazing, but not bad. Now for what I imagine here is the spotlight, the broth: As I’ve never had oxtail soup before, I couldn’t say whether this tastes like it or not. The broth reminds me of a meat broth with a bit of the fried onion going on. It has a slightly greasy texture from the oil but not overly so; kind of what you might imagine from a thin beef stew broth. It’s not bad but not wonderful. This is a tough one to rate; I’m giving it 2.75 out of 5.0 stars. It’s a hair above the mid-line. The flavor is interesting but not wow-ing me like other varieties of Indomie have in the past. UPC barcode 089686011258.

Can anyone tell me about the edge of the fried egg towards the end? How is this done and what is the device that does this called?