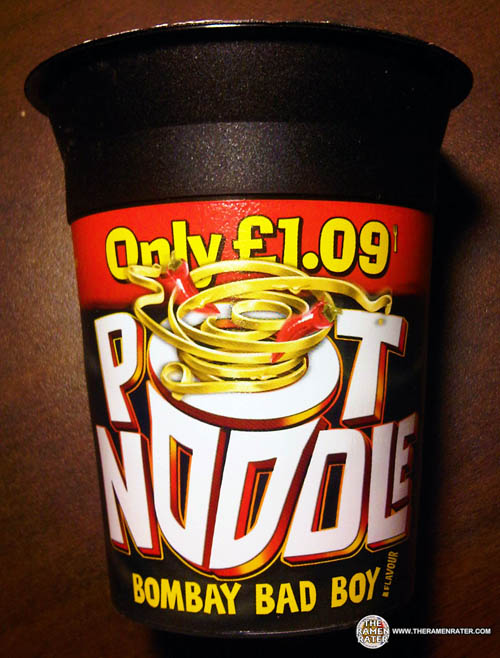 Ahh – this is the next to last of the Pot Noodle cups that were sent to me by Cindy C. of England – thanks again! It has most certainly been quite a culinary journey! Bombay Bad Boy eh? Let’s check this oddly named cup of noodles out! 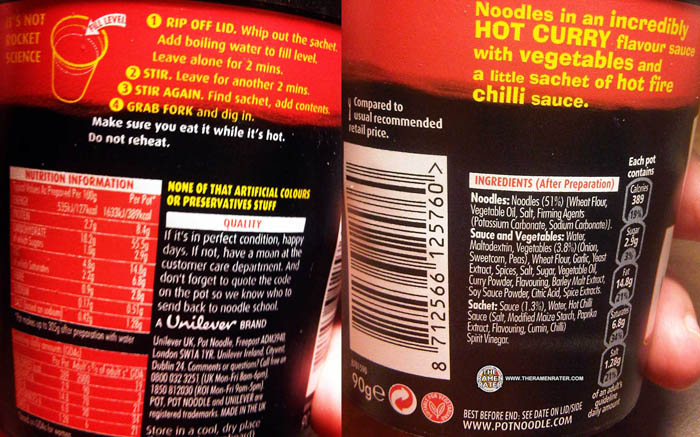 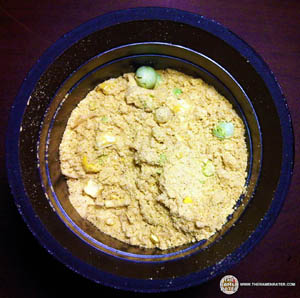 Here’s the stuff before the hot water is added.

You add this at the end – I tried some straight from the packet and indeed it was quite hot! It did have a very strange heat to it though; was more like a sauce too – thick and syrupy. 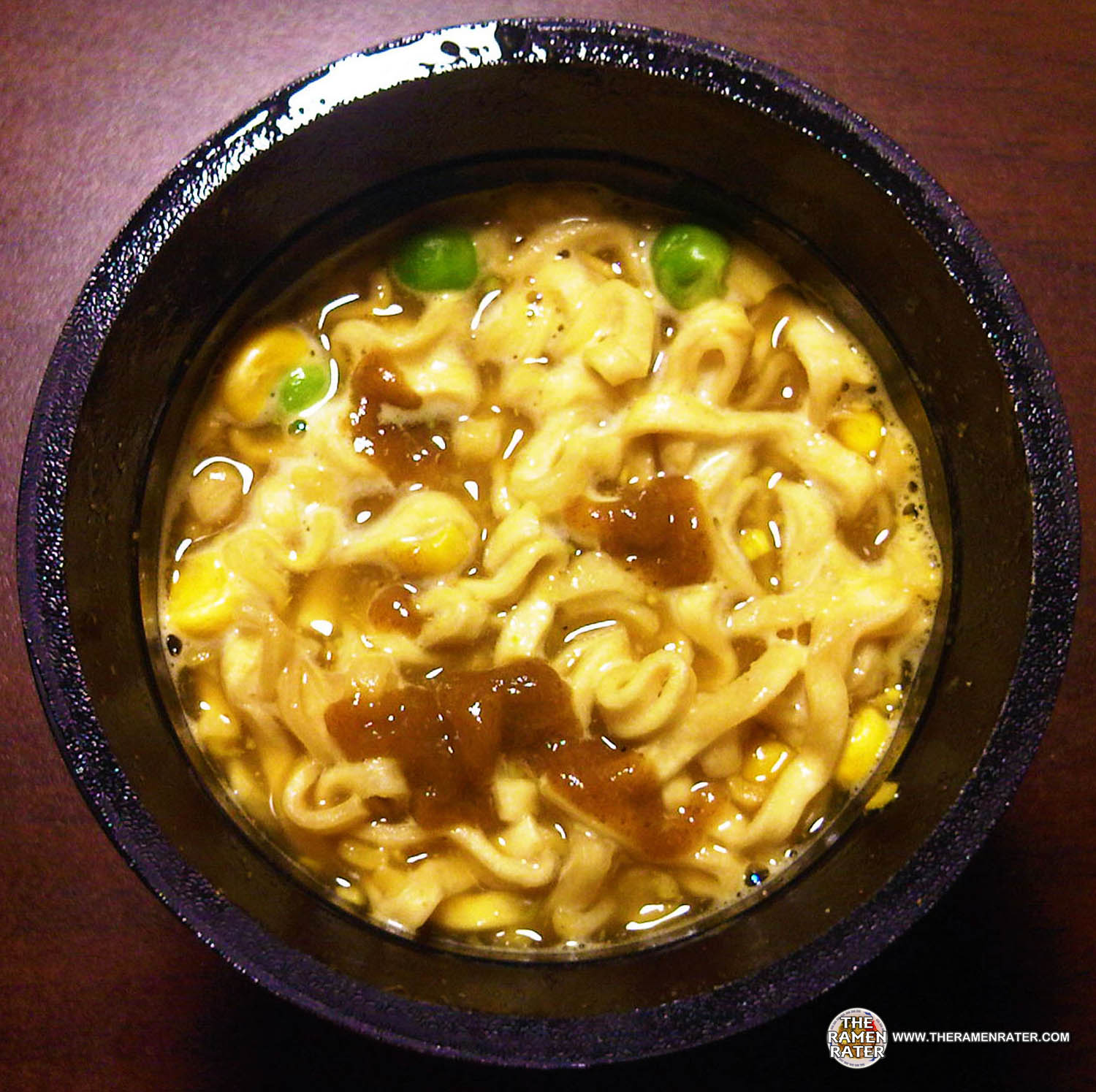 Finished (click image to enlarge). I will say that of all the Pot Noodle varieties I’ve had thus far, I like this one the most. The noodles came out about the same as the rest – rigid and chewy. The gravy/sauce/broth had a very nice curry taste to it – then the chilli sauce kicks it into a spicy realm. I think if they added bacon bits it would be the best of all my favorites, noodles, curry, hot sauce and bacon. 4.0 out of 5.0 stars. UPC code 8712566125760. Get it here.