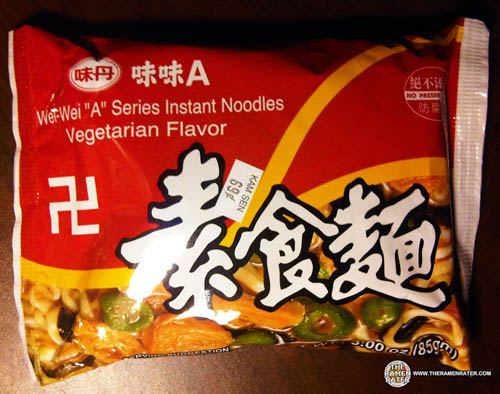 Here’s another one that was sent to me by Michelle L. of New York! I know… Yep – it’s a swastika, the symbol of the national socialist party of Germany in WWII, the Nazis. Well, Wei-Wei isn’t a Nazi company or has anything to do with oppression. On the complete opposite side, in the far east it represents the whole of creation as well as Buddhism. Wikipedia says:

In Taiwan, Buddhist monks, nuns, and most lay followers eat no animal products or the fetid vegetables – traditionally garlic, Allium chinense, asafoetida, shallot, and Allium victorialis (victory onion or mountain leek), although in modern times this rule is often interpreted to include other vegetables of the onion genus, as well as coriander – this is called Su vegetarianism. Some Zhaijiao lay adherents do not eat any meat. 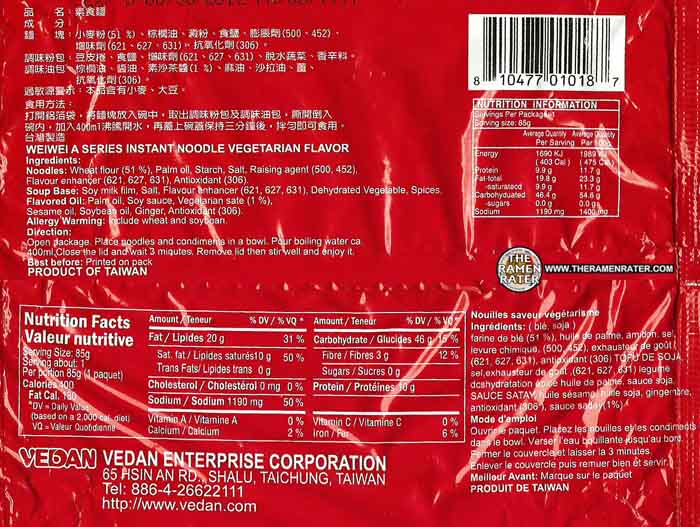 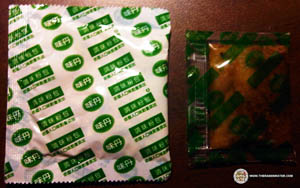 Veggies on the left, seasoned oil on the right. 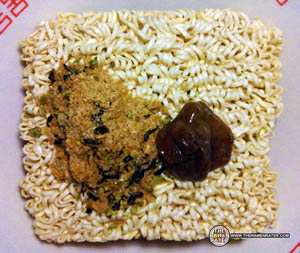 The block and the seasonings. This one asks you add 400cc water and cover for a few. 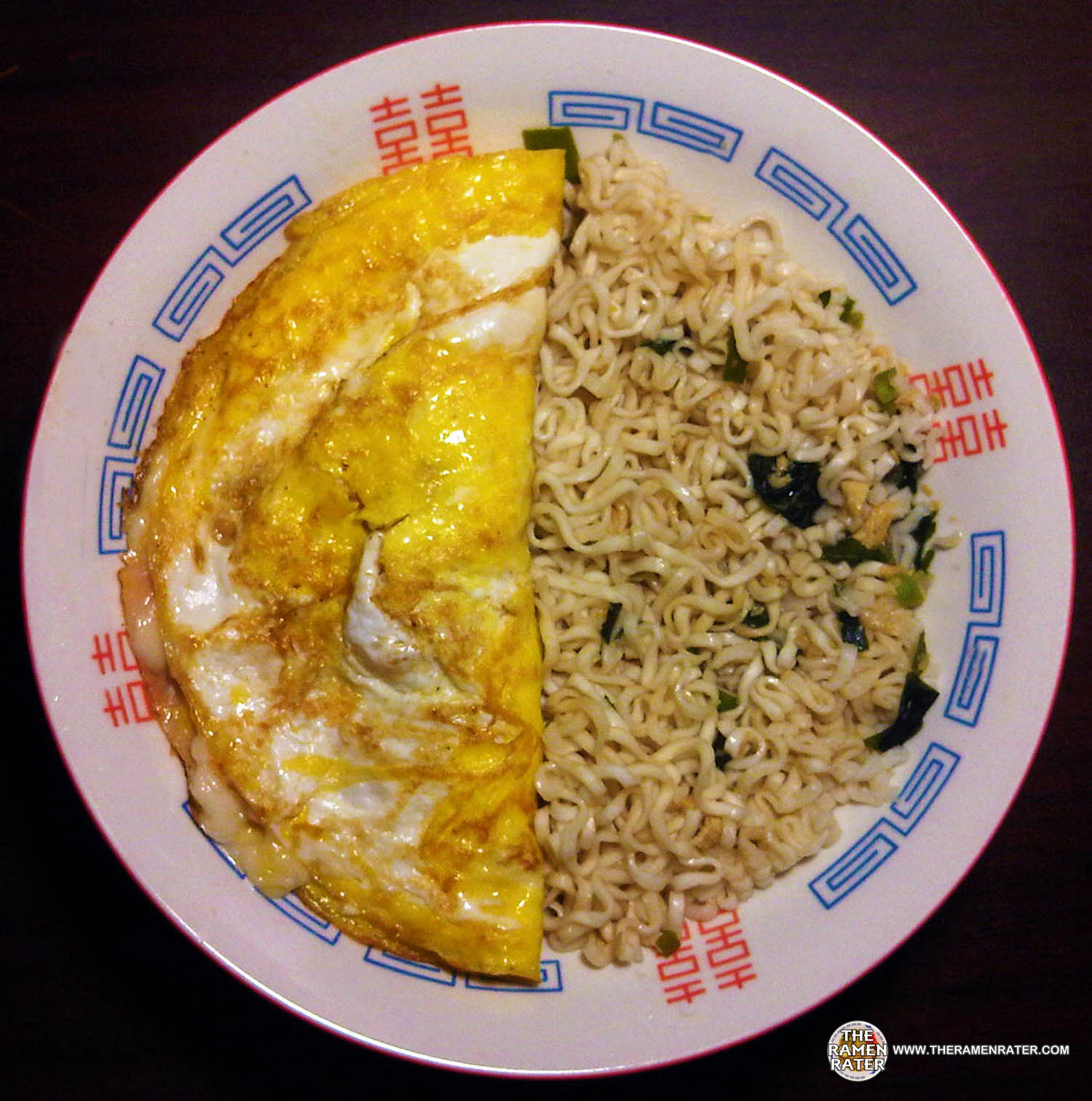 Finished (click image to enlarge) – added a two egg omelet with a slice of Monterey Jack, a couple thin slices of deli turkey and some Tony Chachere’s Creole Seasoning.  One thing I like about these noodles – they suck up most of the water and really get nice and bulky! Very filling. The noodles aren’t bad. The vegetable flavor? Well, not too bad either. The actual vegetables were everywhere which is nice. Not very crunchy though. All in all not bad – 3.25 out of 5.0 stars! Get some here.