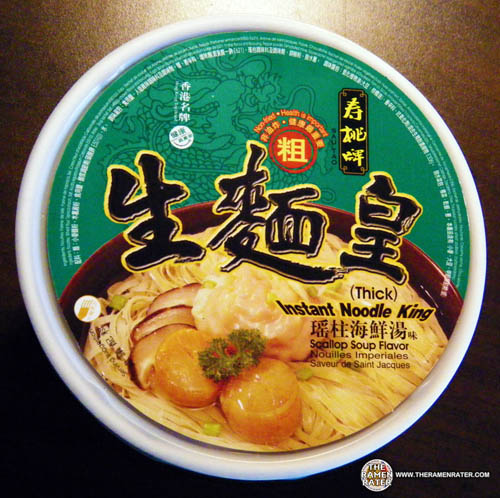 I think this is the last of the Sau Tao’s I have for reviewing at this point. This one’s Scallop flavor with thick noodles. Again, these noodles aren’t fried. If you notice to the upper right of center, you are being informed that ‘Health is important.’ Looks like 4g fat and 7.5g fiber – not too bad actually. 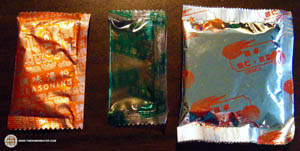 So here we go with the packets. I really enjoy the look of the powder packet – the one at the far left. It’s got that old Asian product look that really draws me to the noodles in the first place. Next is a clear packet of seasoned oil. This packet might often be cloudy because the temperature would be cooler. The last is the veggies and other stuff packet, a good sized one. 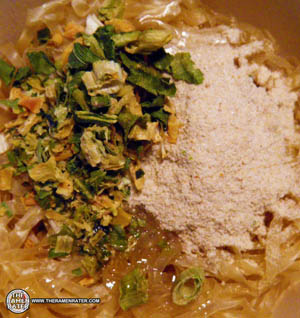 An interesting melange of colors going on here… Those noodles are real weird looking are they not? 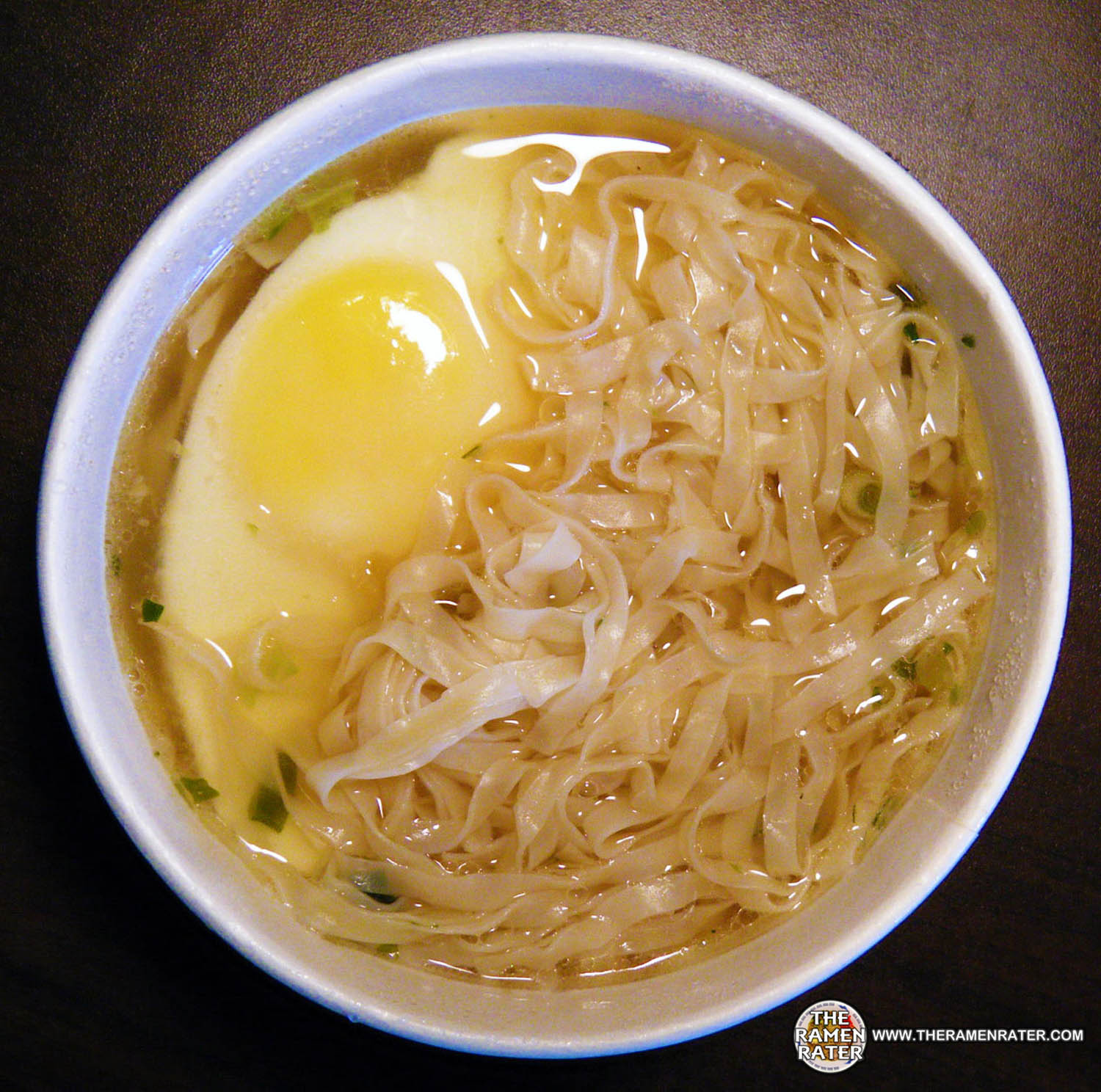 Click image to enlarge. As is my constant behoove, I added one fried egg. I see fried eggs in all sorts of instant noodles from every part of Asia. Breaking a soft yolk really makes the broth more accommodating and relaxing to the palate, like a fleece blanket. The noodles, healthy as they are, are kind of lacking. I think frying them gives an extra bit of flavor and texture that these don’t have. The broth was extremely thin, and I would recommend using a little less water than the directions call for – maybe just fill it a tad below the line. The winner here were the veggies. They re hydrated nicely and were delicious. It all came together decently, but wasn’t anything really exceptional. 3.0 out of 5.0 stars.

NOTE: This one did come with a fork but I’ve done a Sau Tao fork update already.

It didn’t make me deflate.

When I grew up, I lived very close to the Canadian border, so I saw a lot of Canadian kids’ shows. Here’s a few…