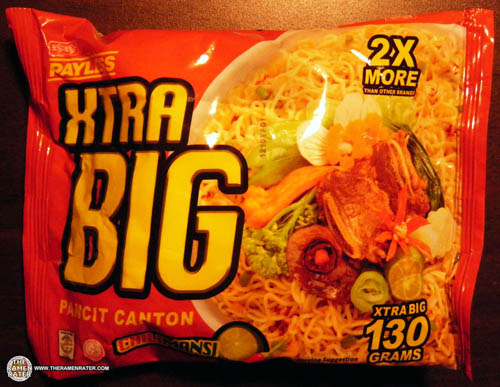 So I’ve been waiting for a good time to try this stuff and today seemed the right time. My 5 year old stuck his headf in the ramen box and picked it out for me. I have so many and its so hard to pick that I often ask family to pick the one I’m going to have – and usually after they pick once or twice I agree to the one the pick the third time.

So the last one I had by Payless was their ‘original’ flavor pancit canton.  Pancit means noodles in the Philippines – they were introduced by the Chinese way way back. I am pretty sure that’s why they’re pancit canton – Canton is a province of China – Cantonese etc… I have a packet which I have been challenged to try but yet to called Pancit Shanghai. There are others like pancit palabok and bihon, but so far I really really like the pancit canton.

Then there’s the chilimansi aspect. Basically it means hot pepper and lime flavor. Now, on with the review! 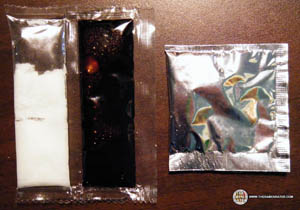 Three packets of power! The first is a seasoned oil, then a dark soy sauce I think, then a packet with dry powder within. 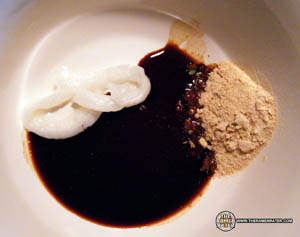 Ah that looks quite nice! This stuff is prepared identically to a couple of my favorites – Indomie’s Mi Goreng varieties and Special versions. Cook the noodles, drain and stir in a bowl that you’ve put all the flavorings in. If you make this with some broth, it will taste really wrong – strange how water would do that, but trust me – you don’t want to skip the drainage step. 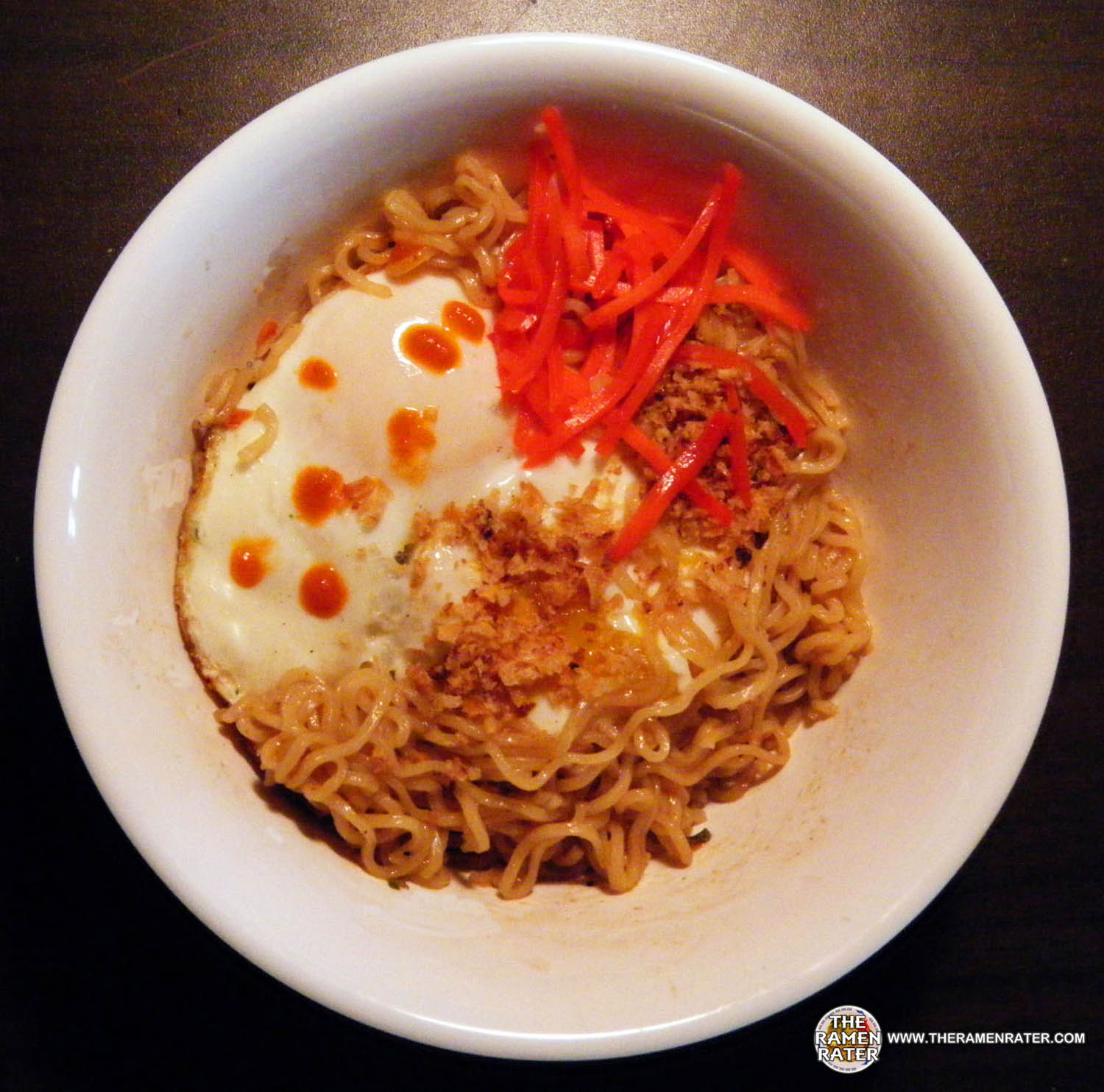 Click here to enlarge. I added two fried eggs, some Kizami Shoga [pickled ginger], fried shallots and a little sriracha sauce. The noodles were awesome and very tasty! A bit of chili flavor, a bit citrus. Kind of sweet and salty too. Everything played off of eachother and it was like listening to some groovy funky music but it was going from the bowl into my facehole, getting chewed and into the great oblivious beyond that is my digestive system. Good good stuff – stuff of poetry and philosophy. 4.5 out of 5/.0 stars. Get some and eat it!

Tagalog’s an interesting language – how it goes from something that sounds so foreign and then bam – english! Pretty cool.

Here’s some of the kind of stuff I’ve been diggin on lately. Lots of 60’s/70’s synthesizer music too – in fact my collection is just too big.