So this is the third and final Super Bow. I do have a couple more of the Unif brand ones I think so those will be next! Anyways, here we go with Artificial Pickled Chilli Beef flavor! 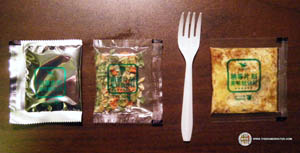 From left to right we have a shiny, almost mirror like packet of soup base, then a packet of veggies, then a fine fork, and last but not least, the packet of seasoned oil. 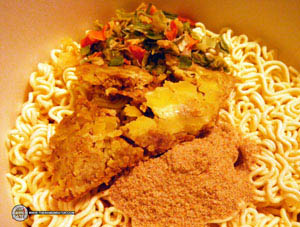 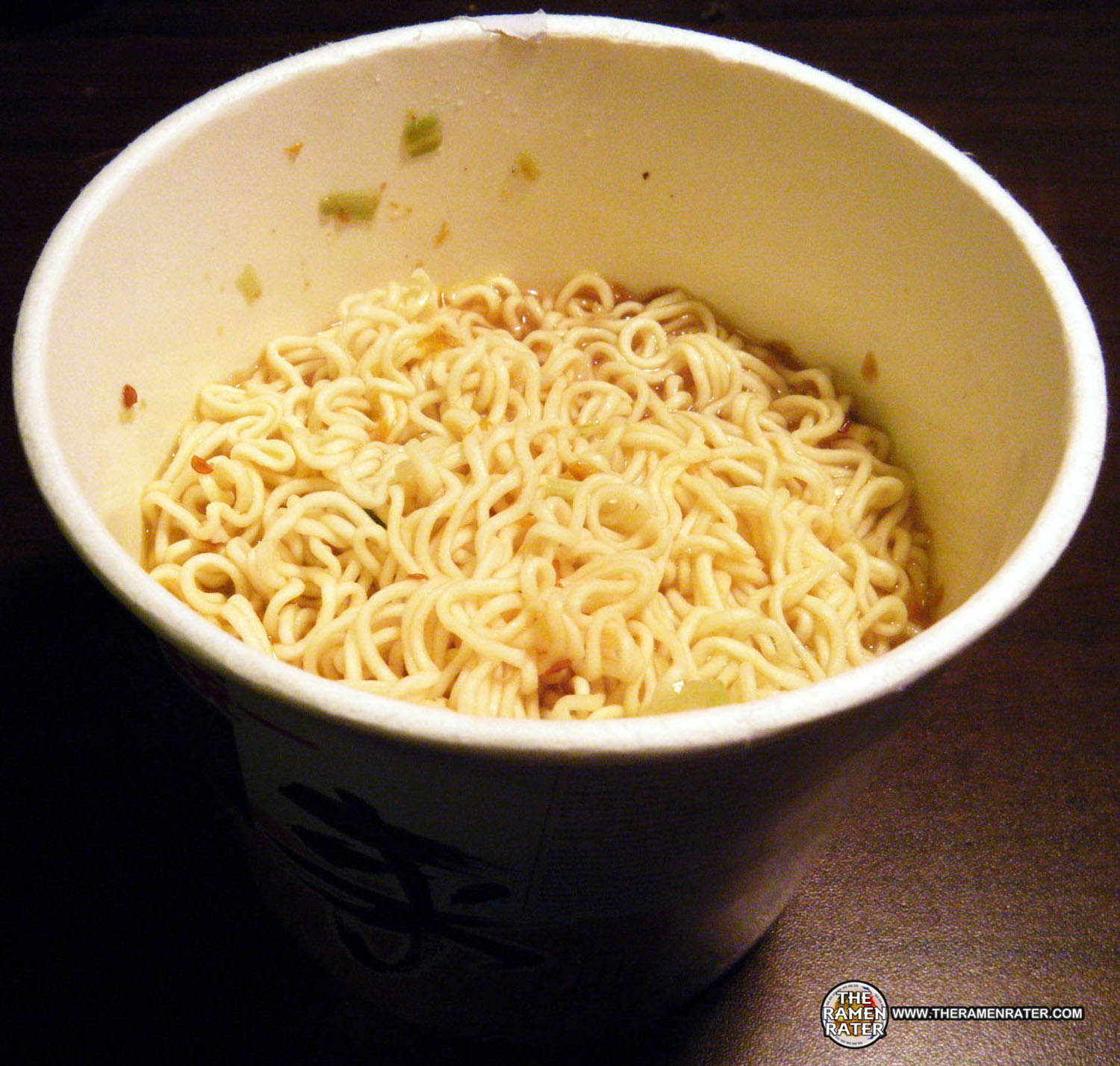 Click image to enlarge. Bam a lam. So Again we can see here that sunken veggie syndrome has taken hold. Isn’t it kind of surprising that with all that stuff in those packets that there’s really no visual evidence that there’s much more than unseasoned noodles than a couple flecks of veg on the rim of the bowl? Anyways, this stuff was spicy – really spicy. It ddfinitely lived up to its chilli name and also had a nice taste of ginger going on. Beef? Yeah kinda. The noodles were okay and the broth was greasy. The Veggies were there but not abundant of course until you got to the dregs of the bowl. Not too bad, not super awesome. 3.25 out of 5.0 stars.