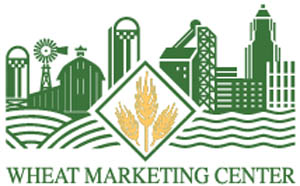 Recently, I was given the great opportunity to visit the Wheat Marketing Center in Portland, Oregon. People who work with noodles and other wheat products from all over the world come here to take part in the Asian Noodle Technology and Ingredient Application Short Course. The course is taught by Dr. Gary Hou, an expert in the production of wheat noodles like ramen and yakisoba. I found out about the course via a news feed I follow and decided to email Dr. Hou and see if I could cover the instant noodle workshop for The Ramen Rater. I was very pleased when he answered in the affirmative, and so on March 27th, we got up early, hopped in the car and drove to Portland! In the following pictures and video, I’ll describe how instant noodles start as raw ingredients and become the blocks of noodles we all know so well. I’ll go through everything from photos first, and then there’s a video at the bottom of the process. Enjoy! 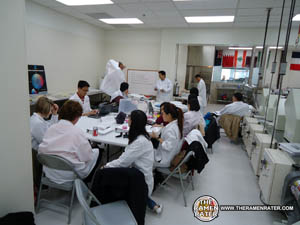 In the photo above you can see participants getting ready to make instant noodles. 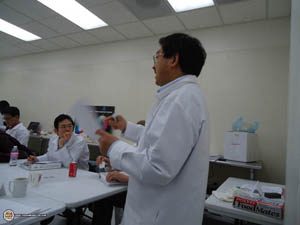 Here we see Dr. Hou interacting with students who have been broken up into teams. Each team will experiment with different ingredients in the noodles they make. 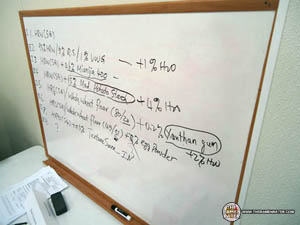 The recipes are very precise. 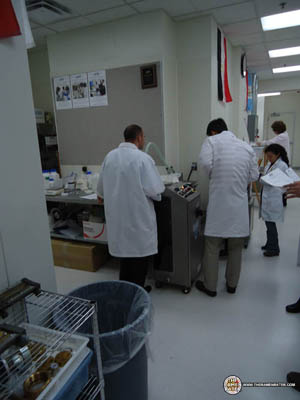 The first stage: ingredients are put together and mixed. 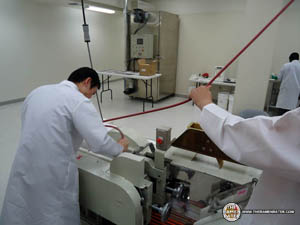 Cleaning the first machine that will be used on the pilot line. Why is it called a pilot line? Well, for example, filmmakers will make a pilot episode of a television show to pitch to executives at a television studio. If they like it, it will go into production. This pilot line is where R&D food scientists test theories and fine-tune recipes. Once they’ve got things exactly the way they want, their recipes and methods will be translated into a large production line which is designed to make noodles at a much faster rate. 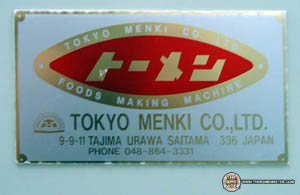 The logo on the machine. 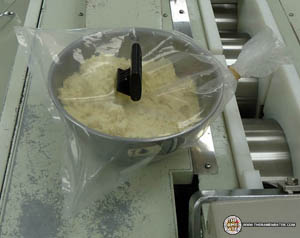 After the ingredients have been combined, the dough rests. 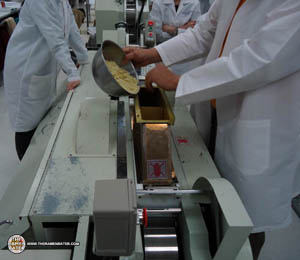 It then begins the process of being flattened into a long strip. 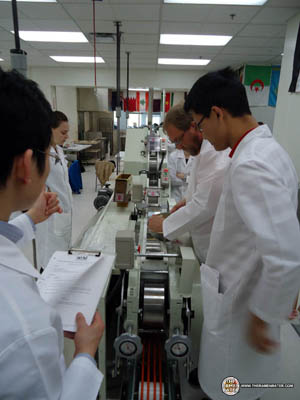 After it goes in, a cover is attached. 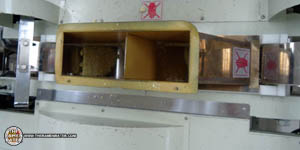 As you can see, plenty of keep hands out signs. Industrial strength rollers evenly flatten the dough. 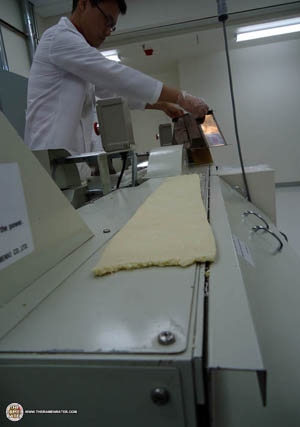 A long, flat strip of the dough. On to the next machine. 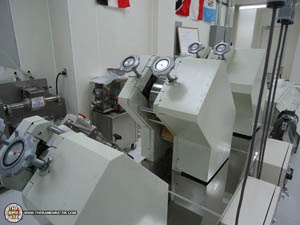 These are machines that flatten the strip we saw in the last picture gradually thinner and thinner until it reaches the desired thickness. 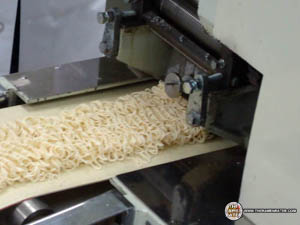 It finally reaches this machine, where it is cut into noodles. There is a blade that moves in a wobbly fashion which makes the noodles wavy as you see here. 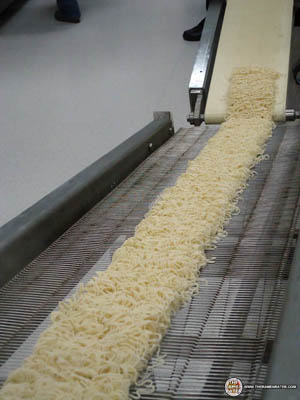 Next, the uncooked noodles take a trip uphill. 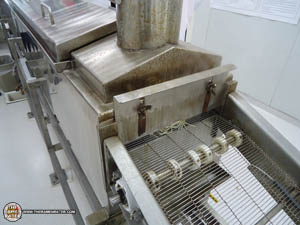 They enter a steam cooking unit. The steam is boiling hot and cooks the noodles. 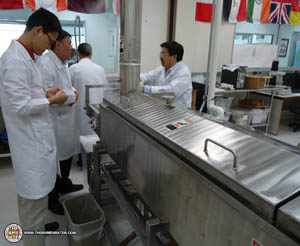 Dr. Hou converses with students while waiting for the noodles to come to the far end. 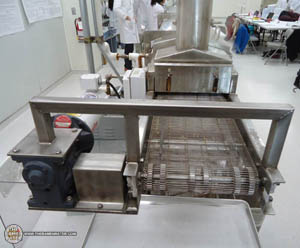 Here is where the noodles will emerge from after their steam bath. 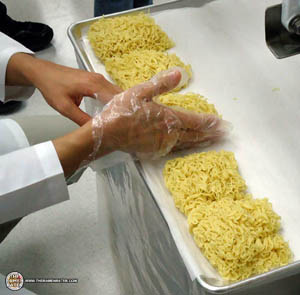 Next, the noodles are cut and folded in half, then weighed. 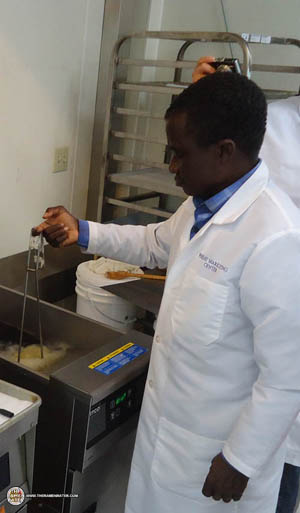 Here they are immersed in a deep fryer. They cook in here for just over a minute. 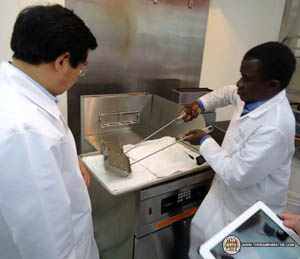 The noodles are done and ready to be popped out of the cooking containers. 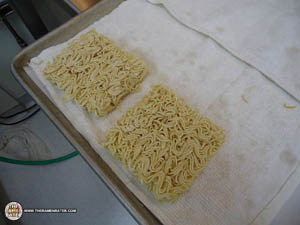 The finished product: two blocks of instant noodles. I was able to see how they tasted fresh out of the fryer and they were quite good – warm and crunchy!

Here you can see the process in motion.