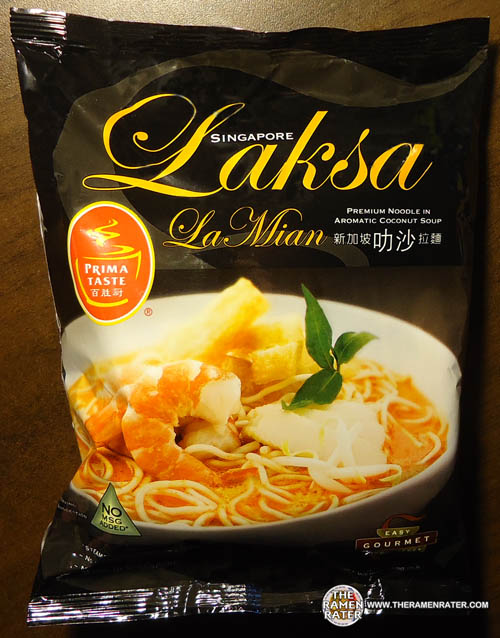 Here’s the other of the two Prima Taste La Mian varieties they sent. Laksa is a dish that’s extremely popular around the world that comes from Singapore. Wikipedia defines it: “Laksa is a popular spicy noodle soup from the Peranakan culture, which is a merger of Chinese and Malay elements found in Malaysia and Singapore, and Indonesia.” 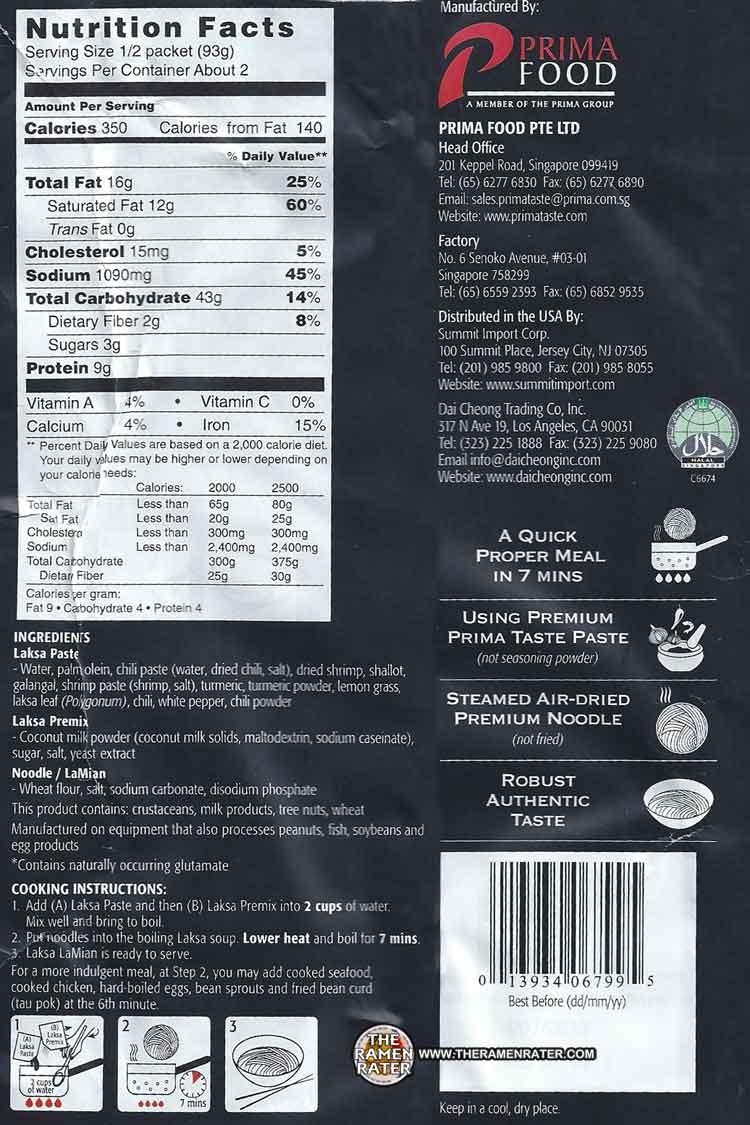 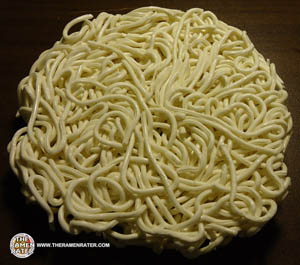 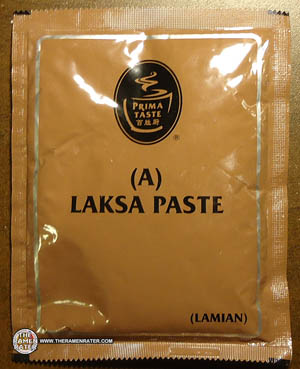 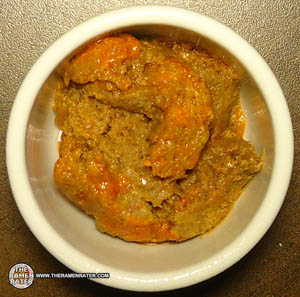 Has a sweet and slightly fishy scent to it. 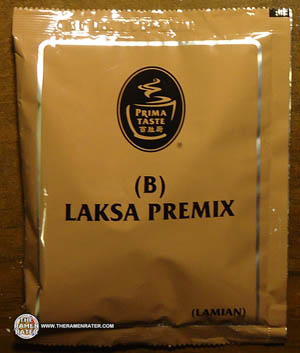 The second packet (I still think it’s funny how the premix is B). 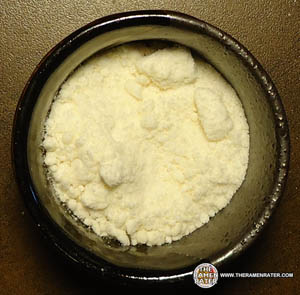 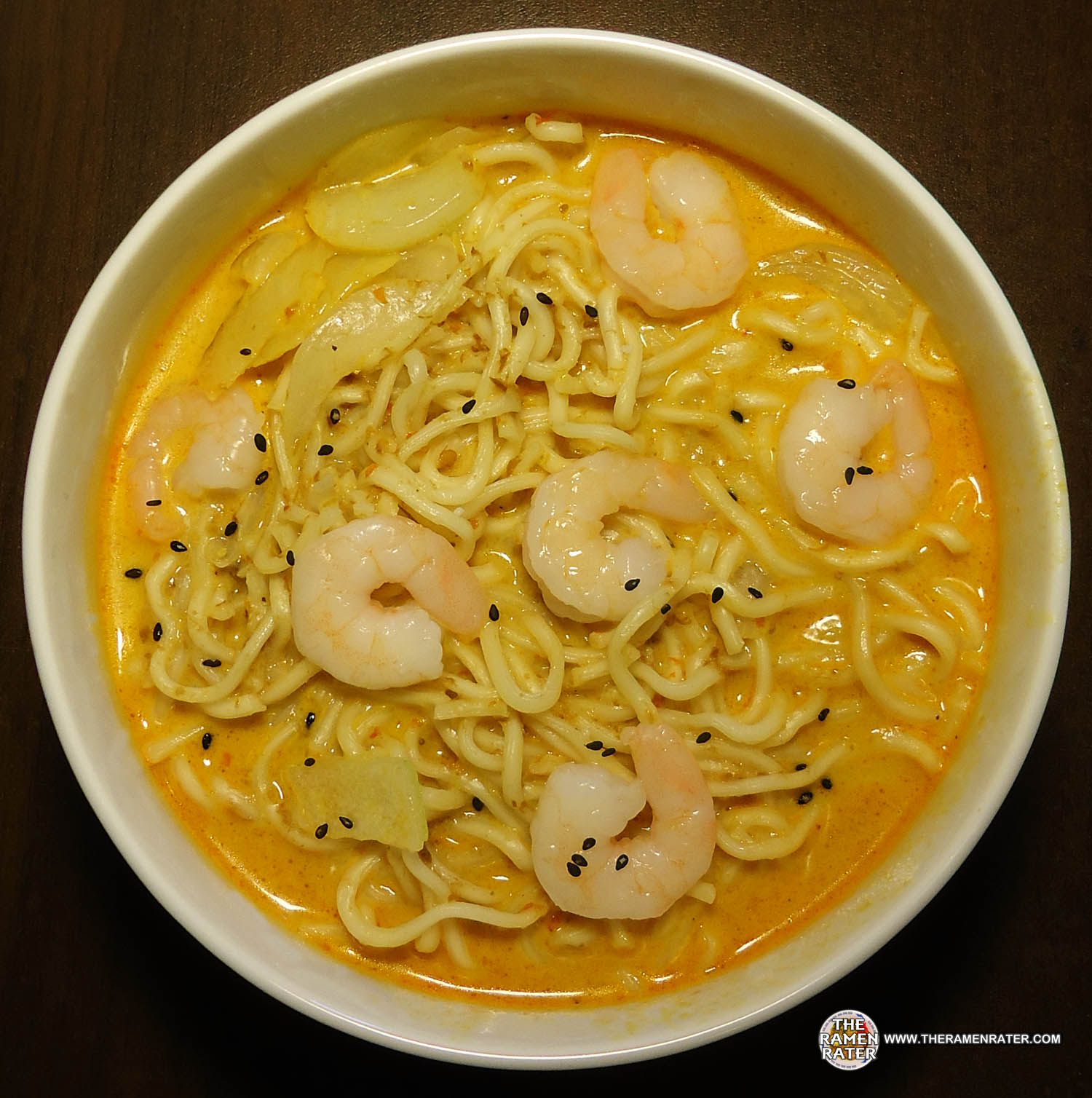 Finished (click image to enlarge). Added a little sweet onions, some cooked shrimp and some Urashima Sesame & Salt furikake. The noodles are exemplary – nice chewiness and taste very fresh and of good quality. The broth is amazing – downright hearty stuff! It makes me think of a broth that is homemade and has been cooking all day to reach perfection. The flavors of coconut, spicy chili and seafood intertwine to bring something very special. This is a supreme accomplishment in the world of instant noodles and as with the Singapore Curry LaMian, a true game changer for the industry. Perfection. 5.0 out of 5.0 stars. UPC bar code 013934067995.