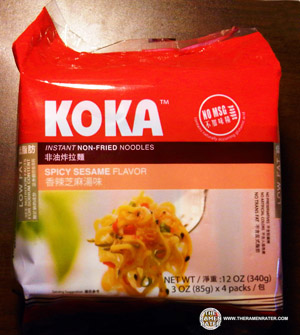 Here’s one of the samples sent to me by Khong Guan marketing manager James Parr – thanks again! I haven’t had this is a very long time – since the 230’s! This is what a four pack looks like. 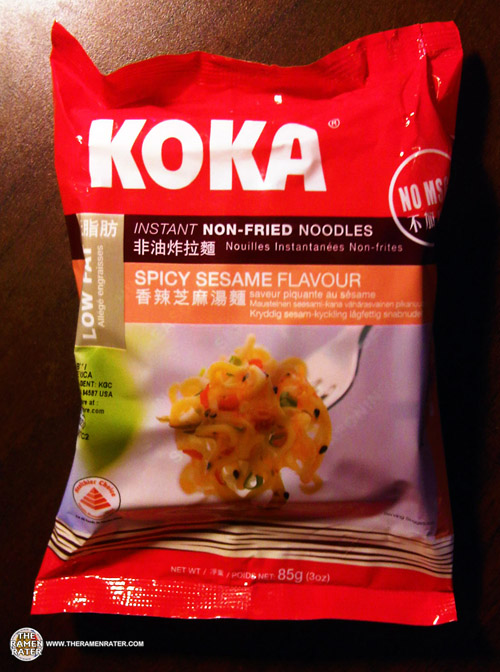 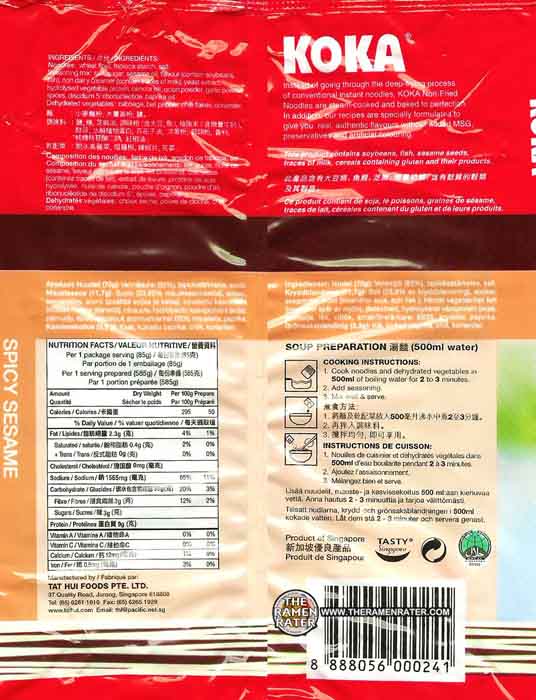 Here’s the back – note the nutrition facts (click image to enlarge). 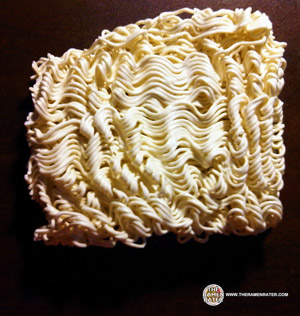 Here’s the noodle block. As I’ve said before, it’s a surprise to me how light this block weighs. Being a low fat variety too, I am surprised how the uncooked noodles taste – crunchy and light – not like uncooked spaghetti. 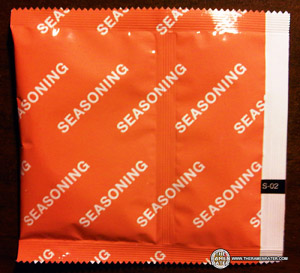 In this packet, we have powdered seasoning and oil. 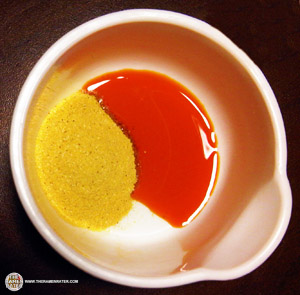 Upon putting these seasonings in this cup, the air around my desk was immediately infused with a strong scent of sesame oil! 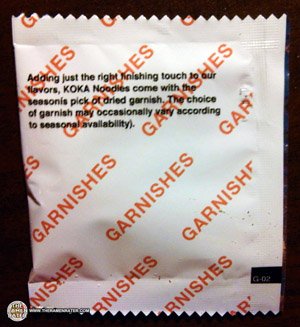 The noodles cook for three minutes. After that, they go in a bowl and you sprinkle the garnish on top!

I find this just fascinating; I don’t know if other companies do this, but if they do, they don’t mention it. I asked what the differences that seasonal availability would provide, but I didn’t get an answer to that one – I imagine it may be a somewhat guarded secret as this stuff is amazing! 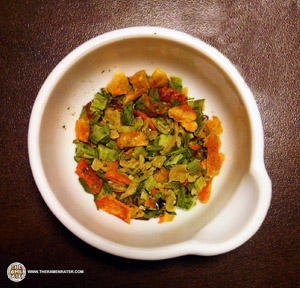 Here’s what was in this particular garnish packet – could be different next time! 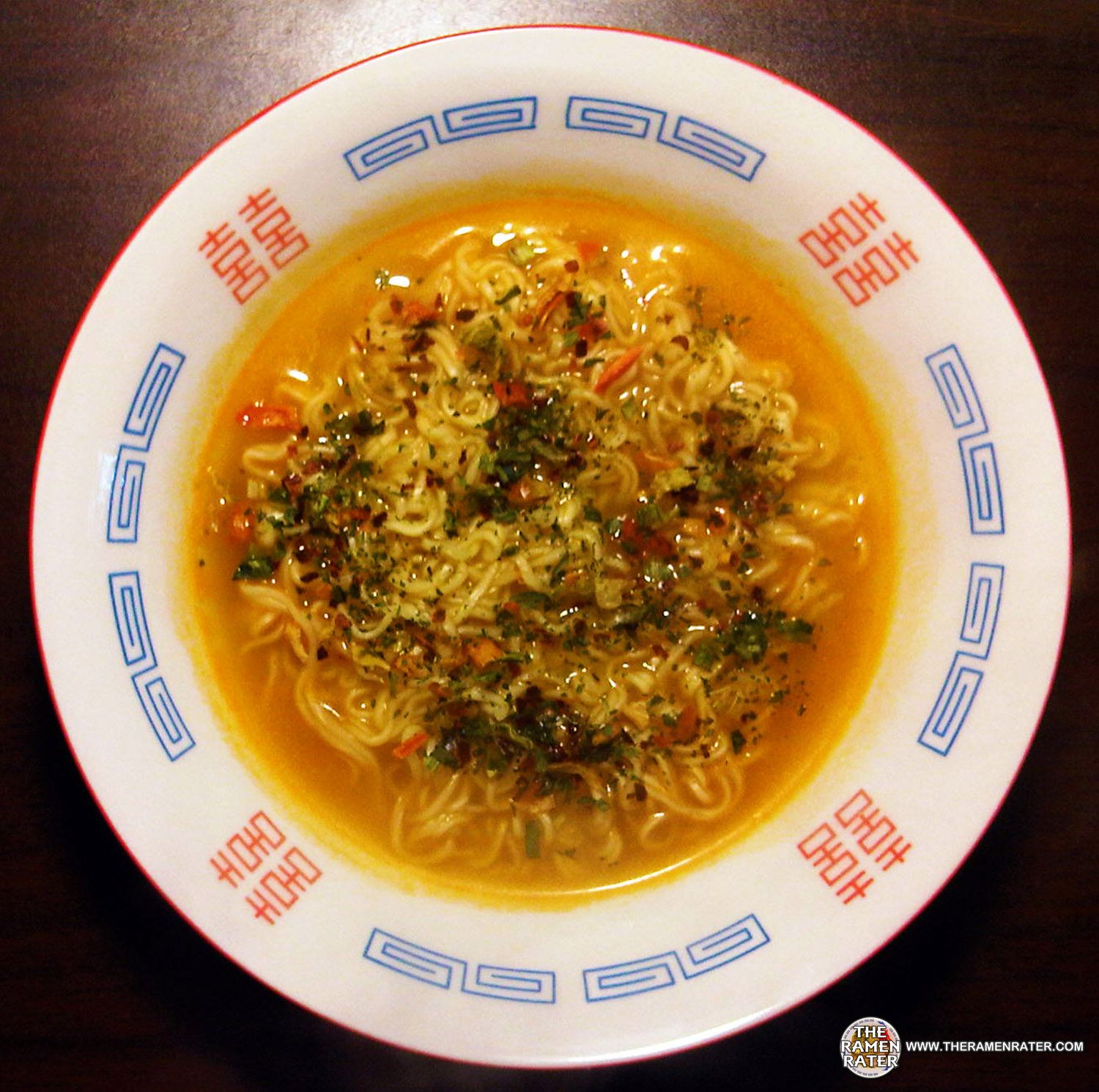 The finished product (click image to enlarge). Nothing extra added. First off, the noodles – are light, slightly chewy and very nice in quality. There’s absolutely no compromise in flavor or texture here. The broth is good stuff – a strong sesame flavor and a good bite to it – my mouth’s got a nice burn going on but not making me run to put the fire out. Finally, the garnish. The garnish has a nice frsh veggie taste that is second to none. I used to just cook this in with the noodles and seasonings as you usually do with a veggie pack – big mistake. Putting this on top is so wonderful! 5.0 out of 5.0 stars – just like when I reviewed it last time. UPC code 8888056000241 – get it here!

Singapore: where these noodles come from