Found this last week while looking for stuff to make my curry soup. Not something standard here; just noodles. But they’re fried noodles from Indonesia by the company that makes the Super Bihun. That rad looking bomb logo calls to me and so here we try Mie Telor Asli Cap Atoom Bulan. 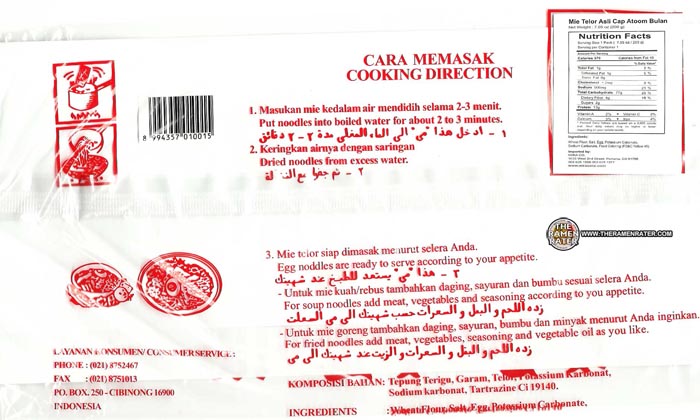 In the pack you get three sheets of noodles like this. They’re about 4mm thick. 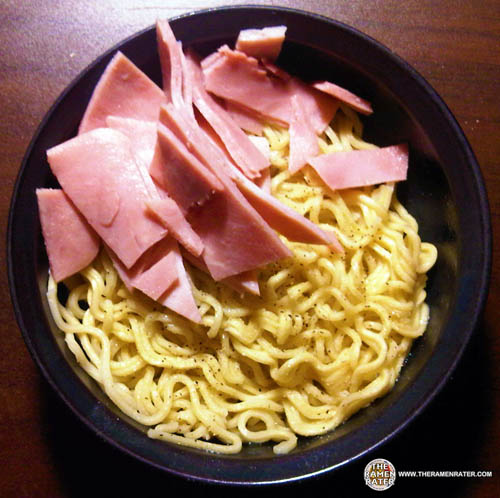 I decided that I’d make three bowls; one for my wife, my son and myself. This is the one for my wife. Drained noodles with a little garlic salt, pepper and ham. 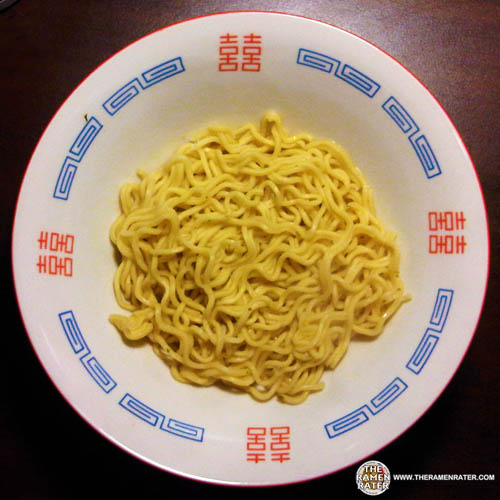 Here’s my son Andy’s – I cooked them using the seasoning packet from some Indomie Onion chicken flavor noodles – also from Indonesia. He thinks it should get five stars – high praise! 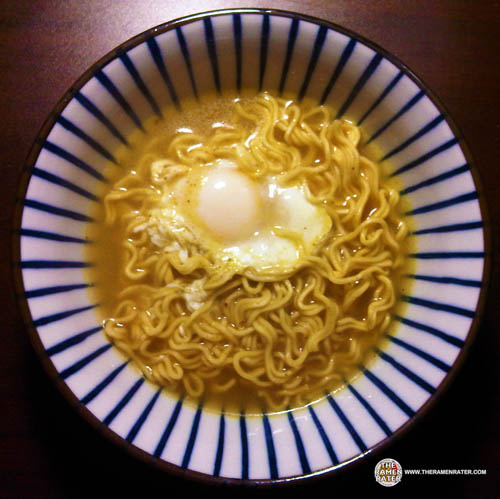 I went for broth – I used the flavorings from a pack of Indomie Soto Mie and dropped an egg in and covered at the end.

Now for the review: this stuff was chewy and thicker than the noodles from Indonesia I’ve tried. It was interestiong cooking them in a little saucepan as well – got the water boiling and had to babysit the plank of noodles until they were pliable enough the entirely enter the boiling water. Of course, you could break them in half, but that’s against my ideas on noodles. Anyways, good stuff – 3.0 out of 5.0 stars. Curious what they would normally be used with. UPC barcode 8994357010015 . Find it here.