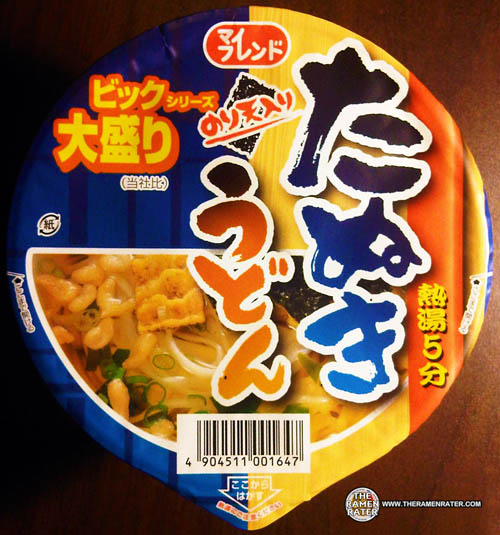 You might be viewing this website today because of the article they did about me in The Everett Herald – or not! Either way, I thought I’d break out something I found last week that I’m really stoked on. This is a bowl I got at Uwajimaya, a Japanese grocery in Seattle (there’s one in Bellevue, too).

If you’re new to noodles, let’s start with the name here. Tanuki? Well, you’re going to find this really bizarre – just have a look at this. I’ve noticed that when tanuki is mentioned, there’s going to be some tempura involved. Udon? It’s a thick, wider gauge noodle.  My Friend Vic? You got me – maybe y ou know him? 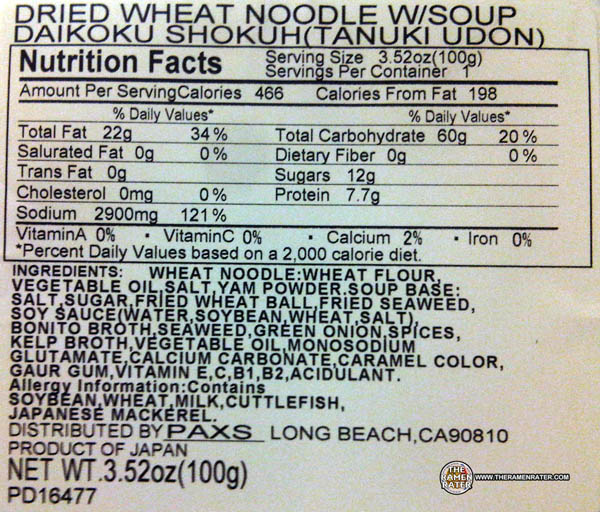 Click image to enlarge. When stuff like this ends up in stores here in the United States, they have to conform to our requirements as far as the nutrition facts labels and ingredients lists. What can be tough is deciphering the actual name of the instant noodle bowl (I don’t speak Japanese). Google to the rescue! If you take all the digits on the barcode from the label and enter it into Google, you’ll end up with a ton of links to Japanese online groceries – click Translate on the result and after clicking on a few of them, you can get the idea of what the noodles are titled. 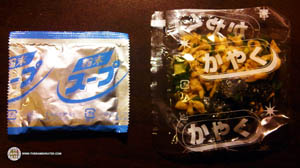 Two packets here – powdered on the left and the tempura on the right. Nice to see there’s some seaweed included! 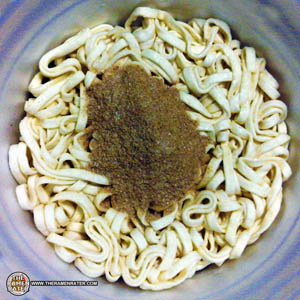 I like my tempura crunchy, so I leave it to the side for now. Here’s the noodles and powdered seasoning awaiting the water. Just like you’d expect, you fill it up to the line and cover it. I use an old yearbook – not mine – from 1987 I found at the Goodwill Outlet in Seattle. 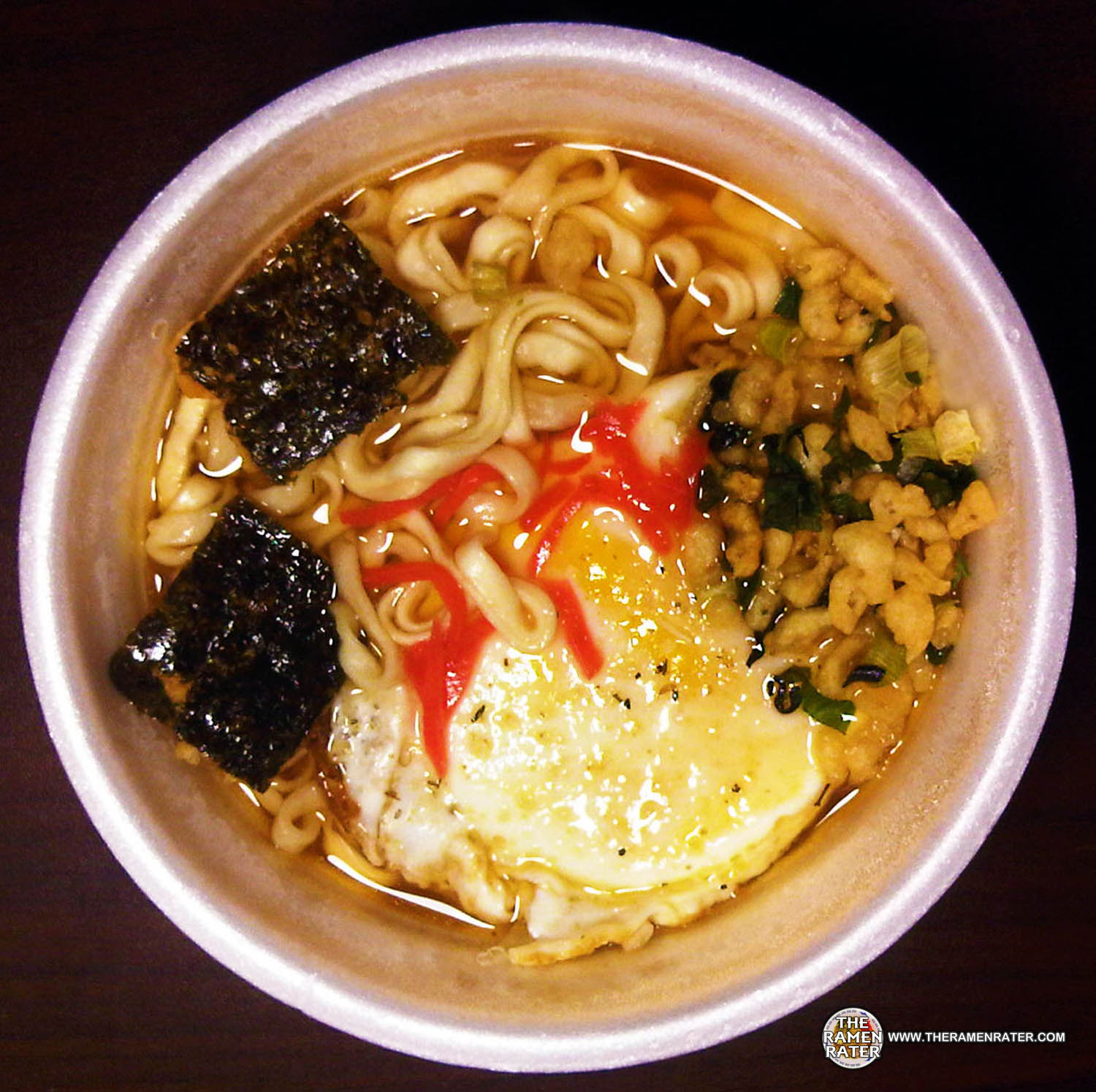 Holy cow this looks awesome (click image to enlarge)! I added a fried egg and put a little Krazy Mixed Up Salt on top. I also added a little bit of Kizami Shoga, which is pickled ginger – not the kind you find with sushi that’s sweet but the sharp flavored kind. Let’s start with the noodles. They came out really nicely – they’re broad and thick – very tasty! Not very chewy, but not spongy. The broth is very tasty – salty, yes, but not ‘table salty.’ The good shoyu (soy sauce) flavor comes through. Then the tempura: crunchy and tasty – the seaweed is nice too! I really enjoyed this one a lot – Highly recommended! 4.75 out of 5.0 stars!

Here’s a vid of someone making what you’d find if you ordered tanuki udon in a Japanese restaurant.

Earlier this year, I was invited down to KIRO News/Radio 97.3FM and was interviewed by Rachel Belle!