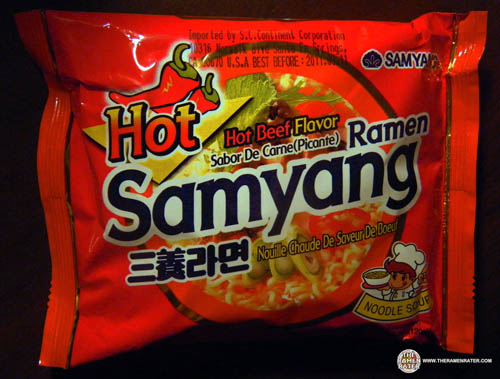 Was very happy to see this one at the store today! I really like Samyang stuff. I liked their regular bowl, cup, big bowl, pack, beef flavor… It’s good, spicy and straightforward Korean noodles. 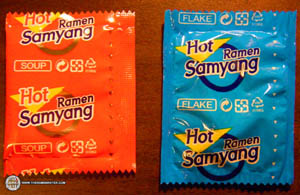 The red contains the powder, the blue contains the veggies. The red one had some weight to it – pretty dense! 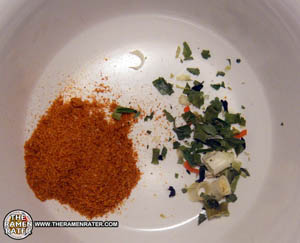 That reddish powder looks like it’s going to be good’n’spicy! The package comes with a nice large brick of noodles. 550cc boiling water and three minutes later… 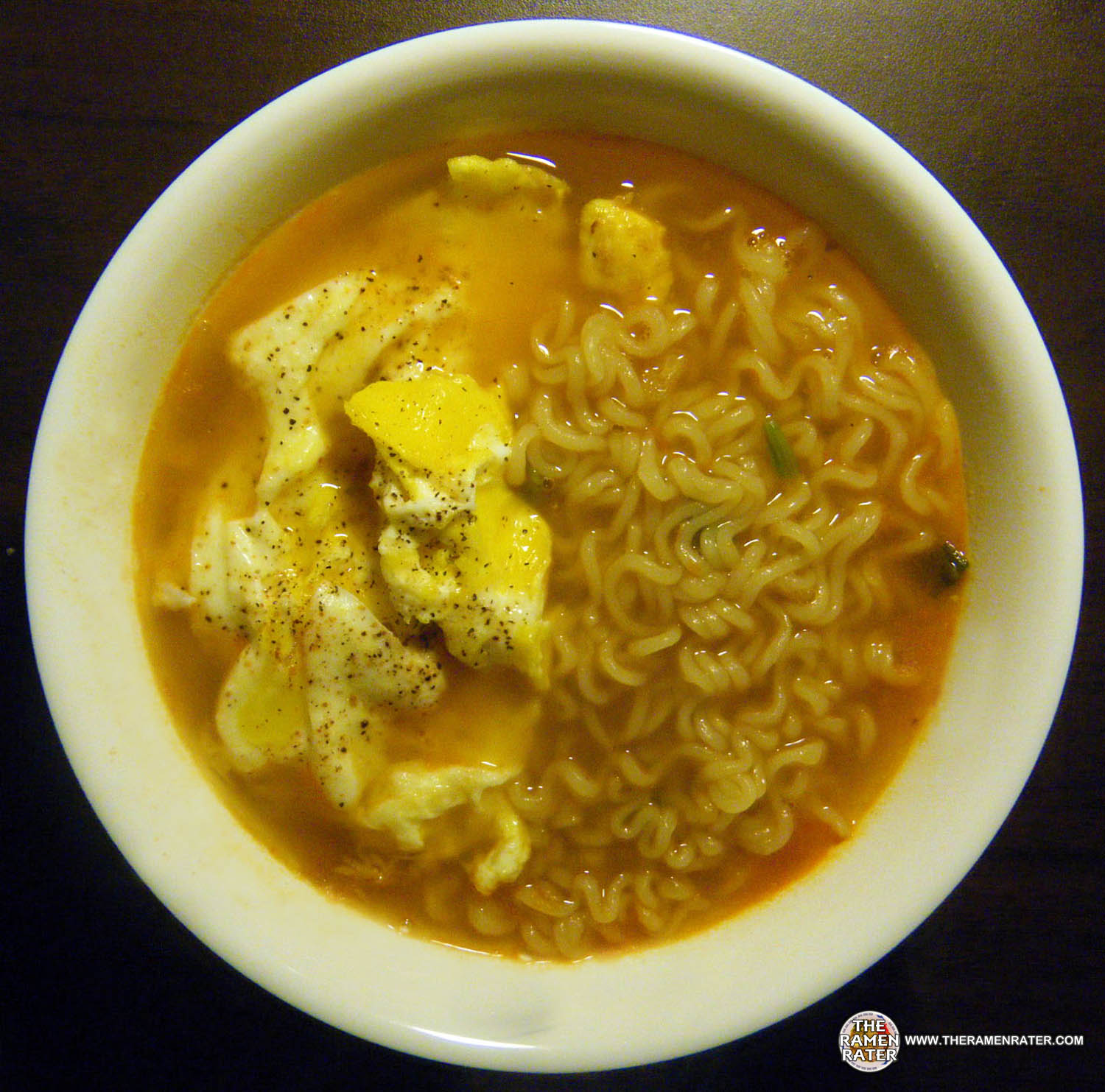 Click image to enlarge. Voila! Added two eggs scrambled in the pan with a tad of pepper and a punch of Tony Chachere’s Creole Seasoning (you can get it here), which has a nice flavor and a little heat on its own. This stuff delivers exactly what its claiming to. The noodles are plentiful and nice and chewy. The vegetables are ample and very nicely re-hydrated. The broth was nice and spicy too – spicier than the regular Samyang Beef. I really like this stuff. If you like spicy noodles and want to try something Korean, this is perfect! 4.25 out of 5.0 stars! Get it at your local Korean grocery store or here.