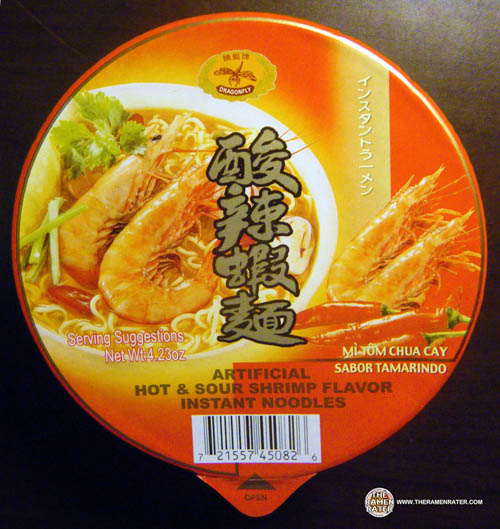 Hate to say it but this is the last of the Dragonfly brand bowls I found at H-Mart… Bummer! I guess there’s a pork flavor out there in this line so hopefully I’ll end up scoring that one next time I go to H-Mart. Hot & sour shrimp… Sounds like Tom Yum flavor… I guess we’ll see… 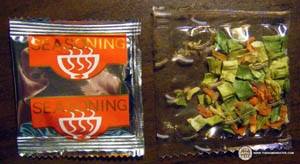 Powder seasoning on the left and veggies on the right. Looks good so far – also there’s a fork included! 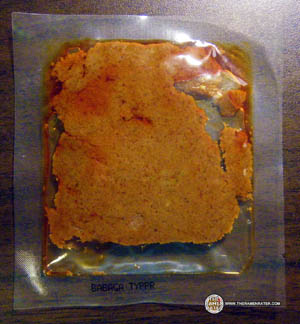 BABAGA!!! That’s quite a big interesting packet they threw in here! In the ingredient senction, this is called the ‘sauce pack.’ This is something I haven’t come across so far in my exploration of Dragonfly noodle bowls. Lemongrass, galangal, shrimp extract, kaffir lime leaves, lemon juice, garlic. Sounds like shrimp paste to me! 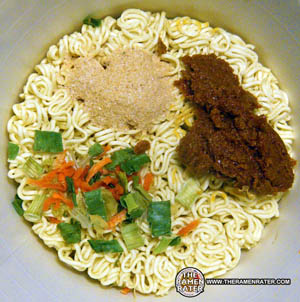 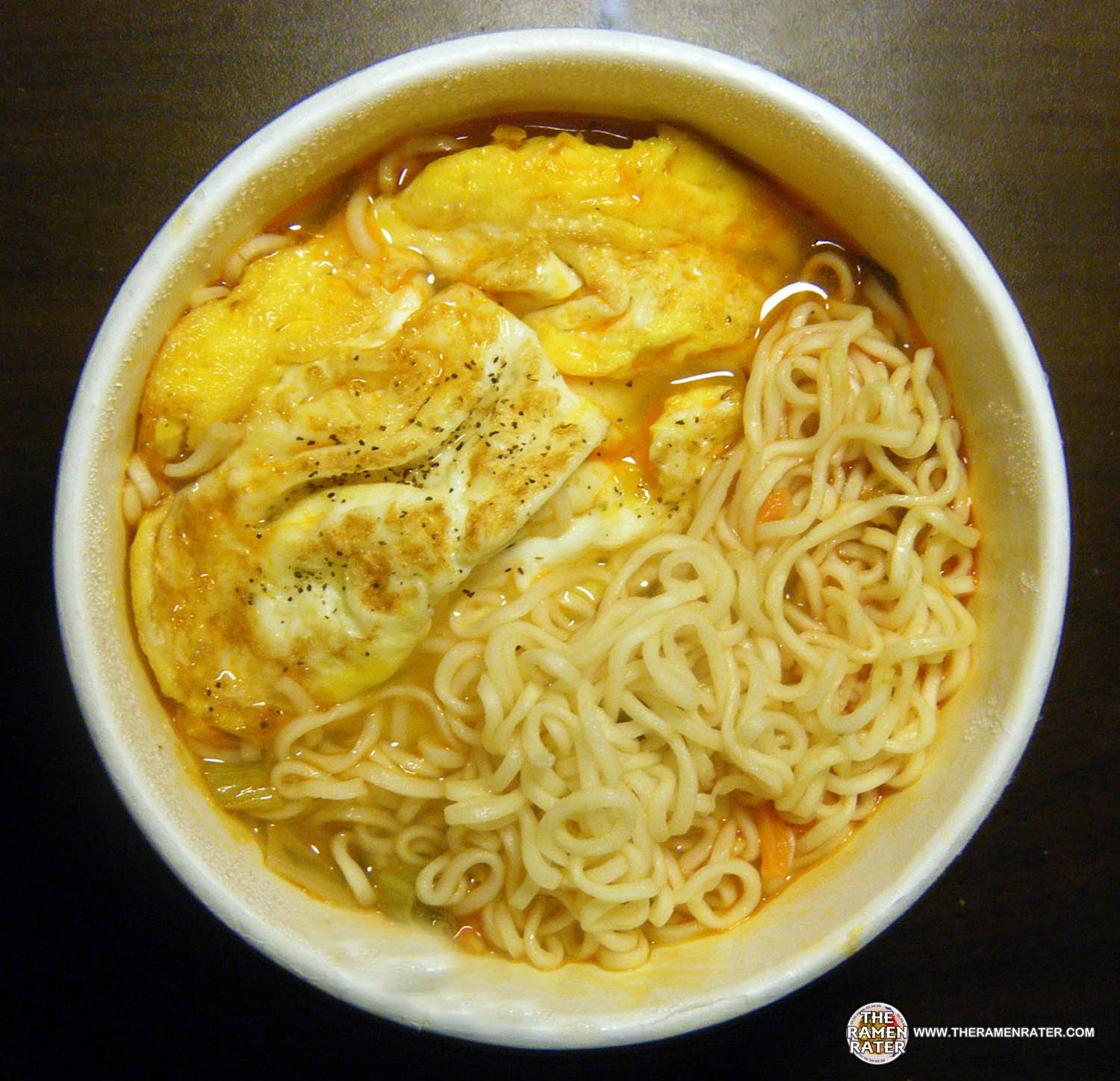 Click image to enlarge. Added a couple pan-scrambled eggs. Put a couple shakes of salt and pepper on them too. So the noodles are typical Dragonfly – plentiful and bright, tasty and filling. The vegetables were everywhere and very tasty – even the carrot slivers were crunchy! Finally, the broth was perfection. It had a true shrimp and lemon and slight heat that was balanced in just the right amounts. Awesome – 4.5 out of 5.0 stars. Highly recommended for fans of Tum Yum flavor! Get it here.

How to make Hot & Sour Shrimp Soup at home!

Big Red soda – this stuff is really different, but I’ve never seen it in a container like this…