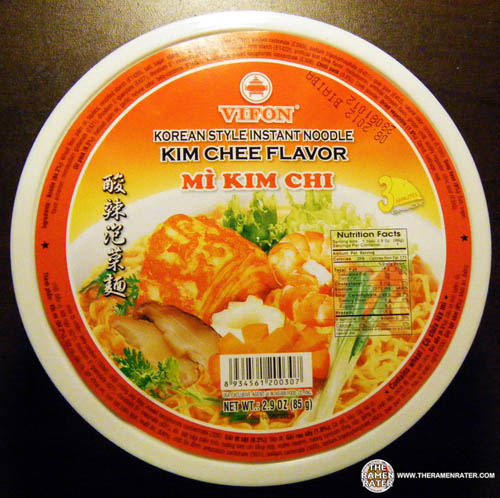 I thought today I’d pause from the onslaught of funky noodles and look at this one. The thing I didn’t expect was that these would be wheat noodles and that piqued my curiosity. Here goes my 5:30pm after work breakfast!

Click image to enlarge. I opted out of the microwaved noodles program and went with boiling water and putting an old yearbook from a thrift store on top. 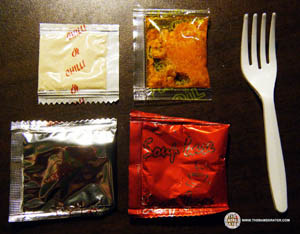 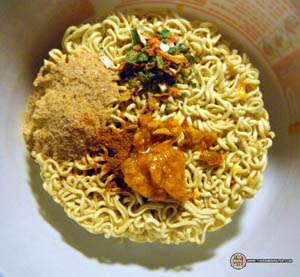 Is that the results of binge drinking Frangelico with Herman Cain, Rick Perry and Newt Gingrich and eating lots of pizza all night? No! I don’t have a picture of that. This is everything sitting atop the noodle block awaiting the searingly painful boil. Note: noodles feel no pain so the searing part is just for effect. Carry on. 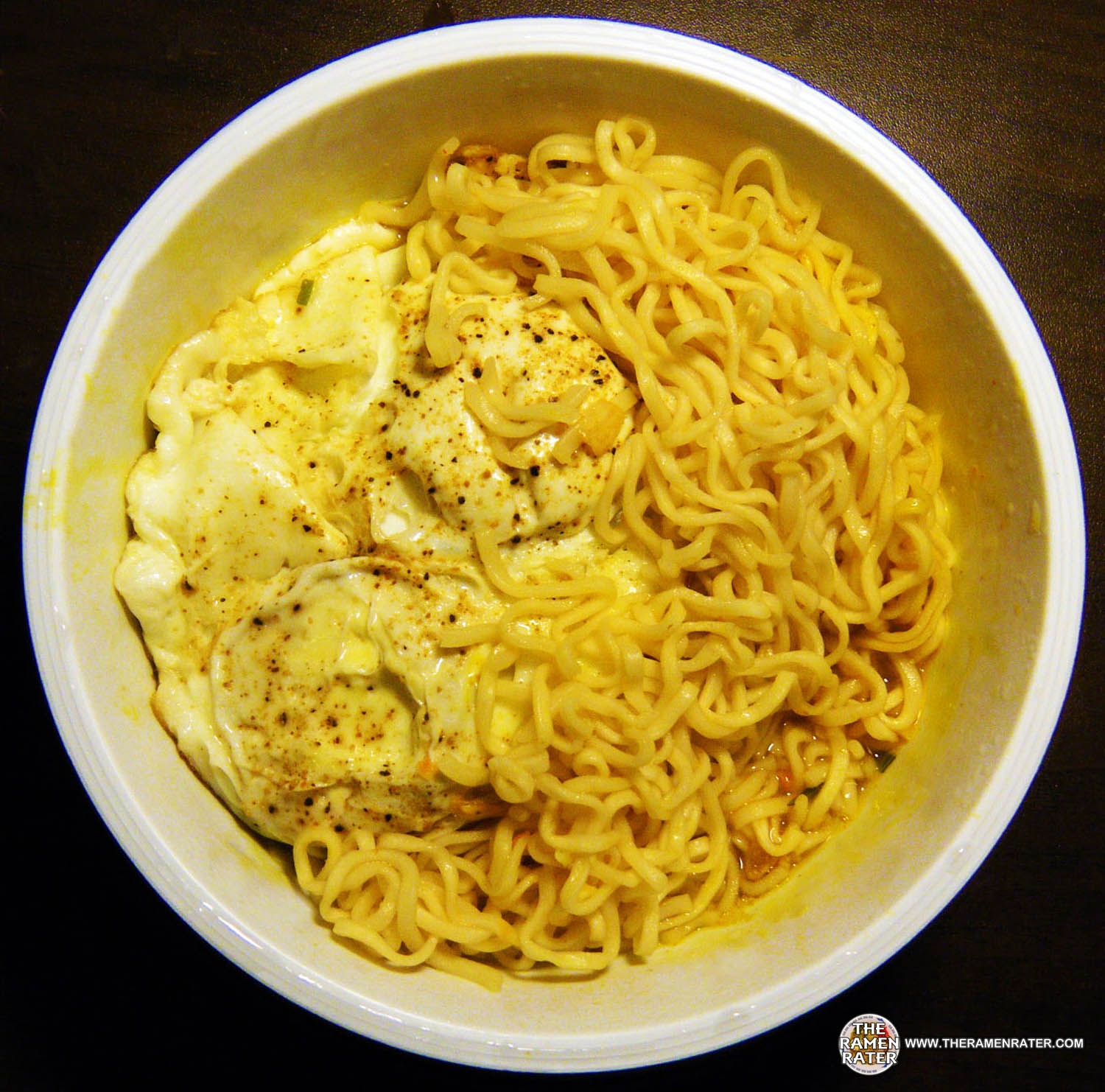 Click image to enlarge. Added two fried eggs and some Konriko Creole Seasoning. I wasn’t expecting this to be so good! The noodles were almost fluffy but not spongy and gross; they were light and had good character. The broth was awesome – a little spicy and a nice taste to it. The veggies what few there were were really nice – there were some really awesome chunks of garlic. The whole thing tasted just great! 4.25 out of 5.0 stars! Get it here.

Wow I would so eat a few of these! Kim chee and KFC? Hell yes!