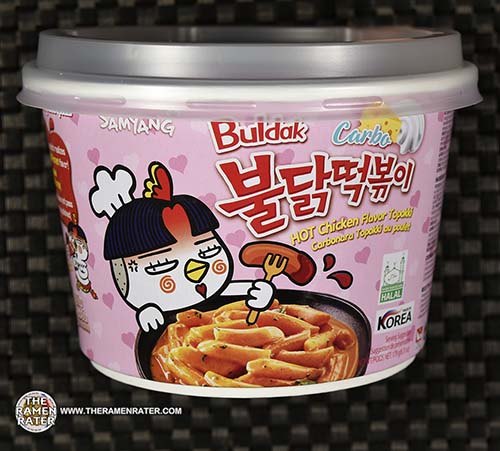 Two days in a row of varieties with long names! This one does NOT include noodles, however it’s topokki. What’s that? Wikipedia, if you please –

teok-bokki (떡볶이) or stir-fried rice cakes is a popular Korean food made from small-sized garae-tteok (long, white, cylinder-shaped rice cakes) called tteokmyeon (떡면; “rice cake noodles”) or commonly tteok-bokki-tteok(떡볶이 떡; “tteok-bokki rice cakes”).[1][2] Eomuk(fish cakes), boiled eggs, and scallions are some of the most commonly added ingredients. It can be seasoned with either spicy gochujang (chili paste) or non-spicy ganjang (soy sauce)-based sauce; the former being the most typical form,[3] while the latter is less common and sometimes called gungjung-tteok-bokki (royal court tteok-bokki).

Curry topokki?! Oh man I’m missing out. These little rice tubes of deliciousness are just what the doctor ordered – let’s give it a try!

Detail of the side panels (click to enlarge). Looks to be meat free but check for yourself. To prepare, add sauce, topokki, and hot water to the line. Microwave for 2 1/2 minutes at 1000W with the lid on. Add in powder. Finally, stir and enjoy! 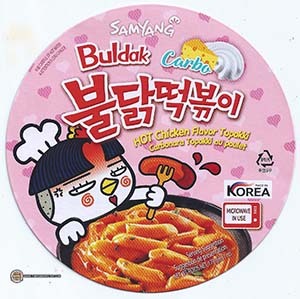 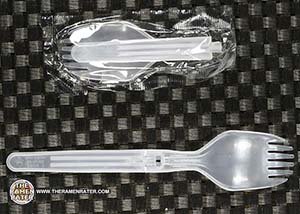 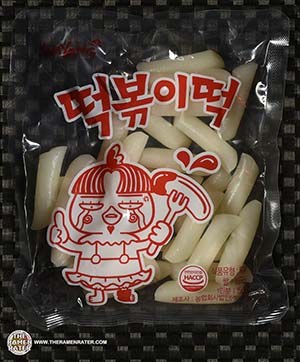 A large pouch of topokki. 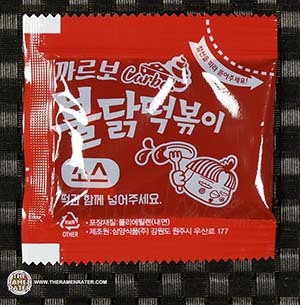 A wet sachet of sauce. 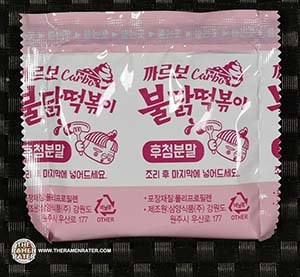 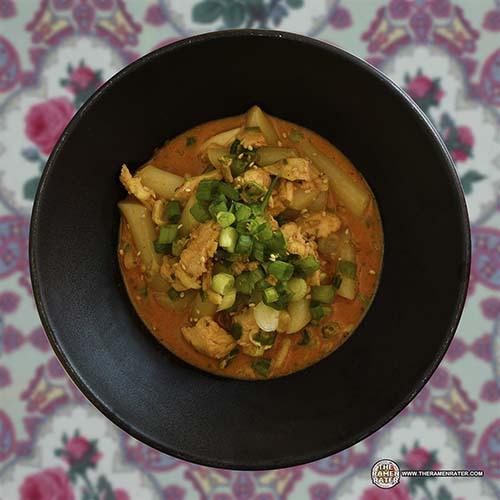