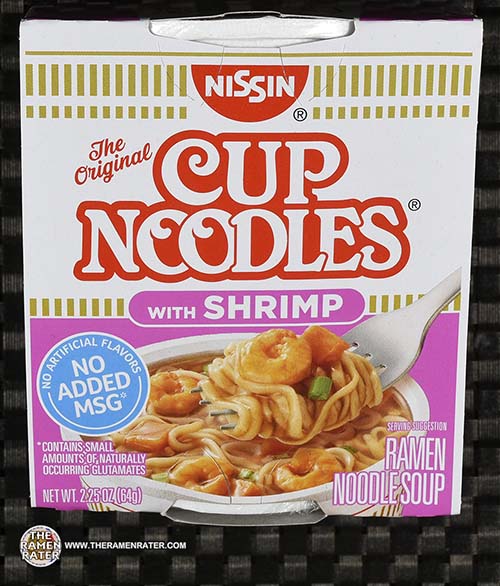 After decades of sticking with the same recipe, Nissin has decided to go with something new. On Cup Noodles’ 45th anniversary here in the USA, they’ve changed it to include no added MSG and no artificial flavors. Let’s give this a try! 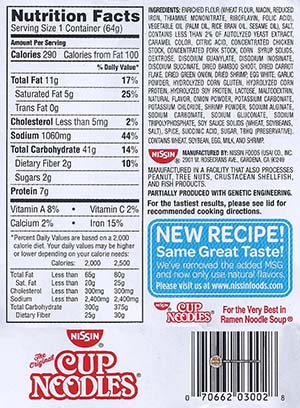 Detail of the side panels (click to enlarge). Contains shrimp and pork. To prepare, open lid halfway and add boiling water to fill line. Cover for 3 minutes. Stir and enjoy! 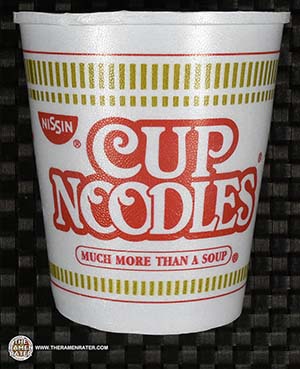 Although the contents of the cup has changed, the outside of the foam cup remains the same as far as I can tell. 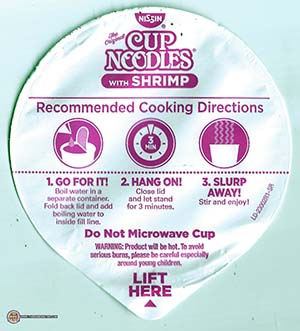 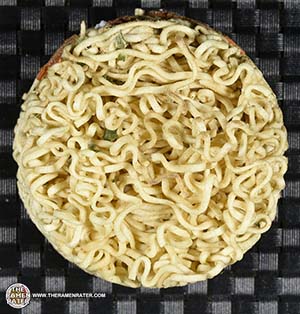 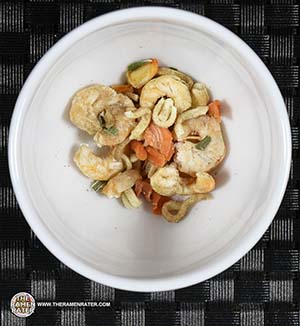 Bits of vegetable and shrimp from inside the cup. 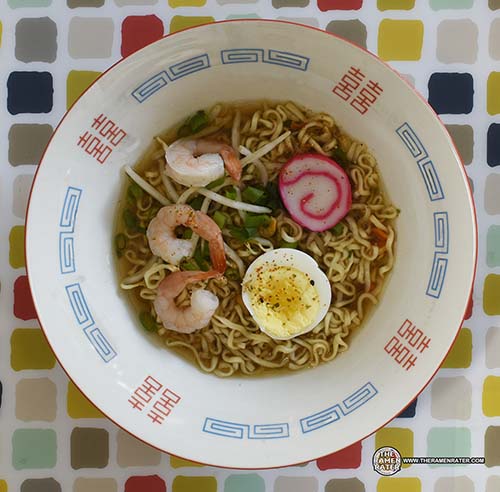 Finished (click to enlarge). Added Salad Cosmo mung bean sprouts, shrimp, shinchimi togarashi, spring onion, hard boiled egg and narutomaki. The noodles came out decently – thin and flat as Cup Noodles are usually. The broth didn’t exactly scream shrimp to me; it seemed to be slightly on the bland side unfortunately. The amount of shrimp although small was decent for a cup of instant noodles and they had good flavor. 3.0 out of 5.0 stars. UPC bar code 070662030028.