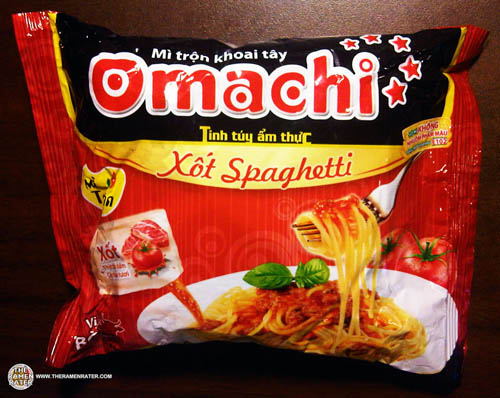 Thanks to Todd T. of Everett, Washington for hooking me up with this one – he got it from a Vietnamese client. Spaghetti from Vietnam eh? Sounds interesting. Nothing at all is in English on this packaging, so I’m going to be winging it.

The back of the package (click image to enlarge). So to any of you who don’t speak Vietnamese or read it for that matter, here’s the deal – and I learned it the hard way. You put the noodle block and the veggies in a bowl, add 400mL boiling water and cover for 3 minutes and then  stir and put the liquid packet on top.

Sauce on left, veg on right. 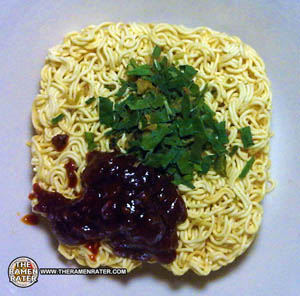 Yeah – the sauce shouldn’t be there. Epic fail for the noodle guy (me). 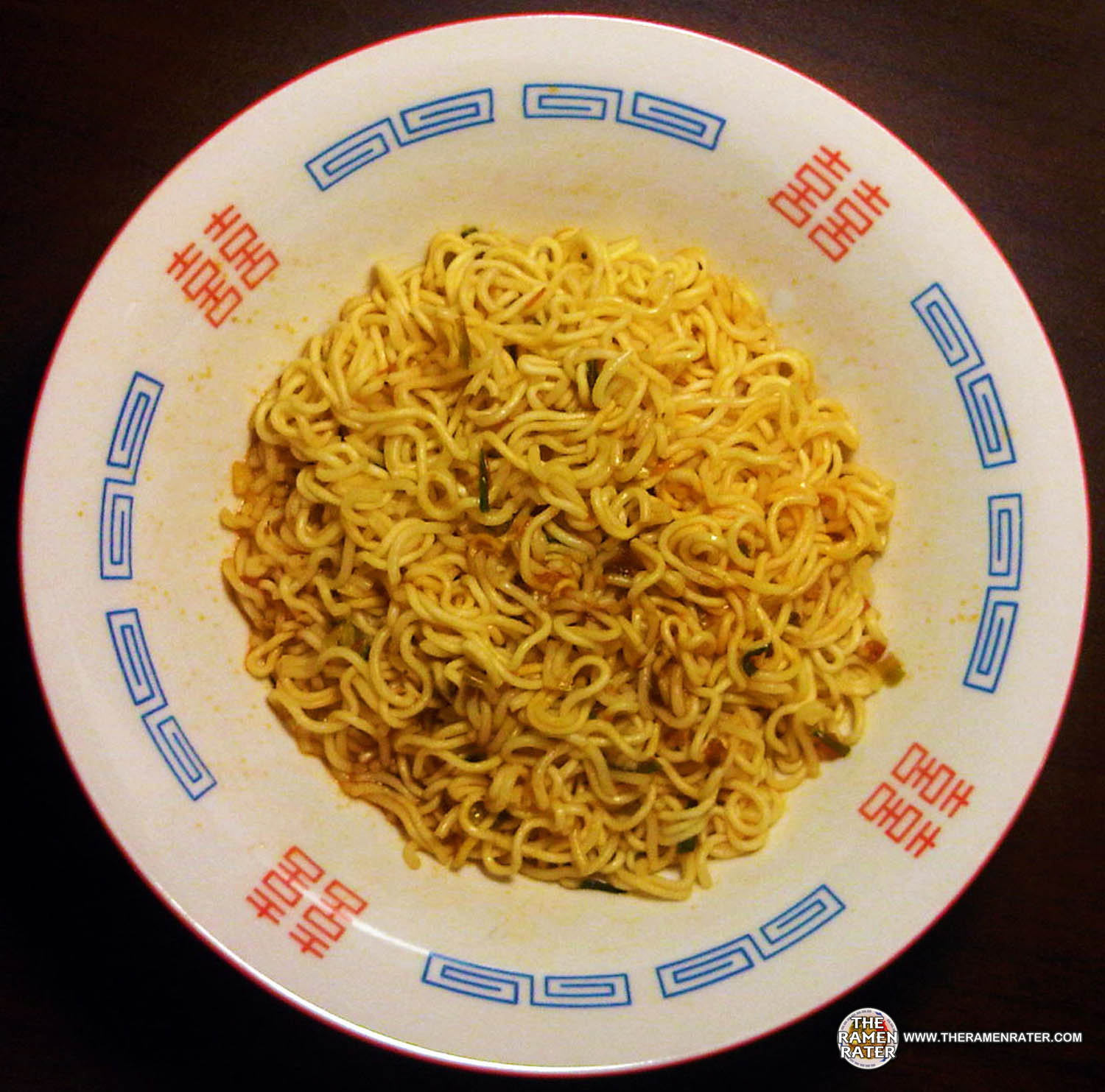 Click image to enlarge. Despite the spaghetti sauce being steeped with the noodles, it came out very nicely! The noodles were tasty and on the brink of weak but sturdy enough to get good marks. The sauce (I tried some straight from the packet before I added it) was delicious – very much like canned ravioli tomato sauce but seemed like it had a little beef going on in it – like real beef! The veg? Meh – was a little too much to be honest and wasn’t great. Altogether though, it was like slightly watered down spaghetti. With my mistake in mind, I would give this one 3.75 out of 5.0 stars is made correctly. I liked it the way I did it and sure it would be even better. UPC bar code number is 8936017361815.

Hey here it is!

Wow this is really disturbing.