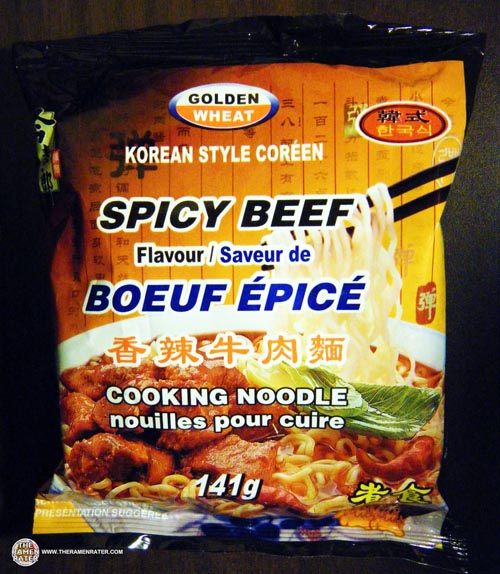 Here’s another one from Nathan up in Vancouver. First off, this one’s BIG. it calls for 700mL of water and to be cooked for 5-6 minutes! Aside from this stuff, there are some oddities I noticed that were kind of interesting. 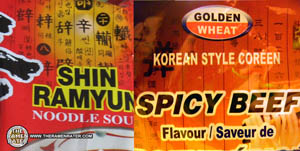 Notice the similarities? Of course those who are fans of Shin Ramyun aren’t going to say ‘hey this is Shin Ramyun, but it’s interesting to see the attempt to emulate here. 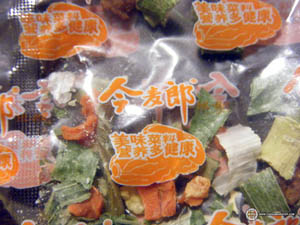 But wait a minute – that logo looks a little familiar. The three packets are the same one that JML makes – look here. The JML brand ones were also sent by a Ramen Rater fan, Greg N. from Florida. Finally, JML is a Chinese company; so I’m just going to assume that this stuff was made in China, kind of looks like Shin Ramyun and is labeled for sale in Canada. 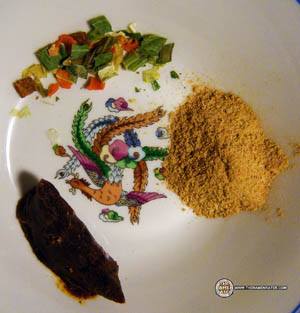 Yep – looks exactly the same as the JML spicy beefs too. 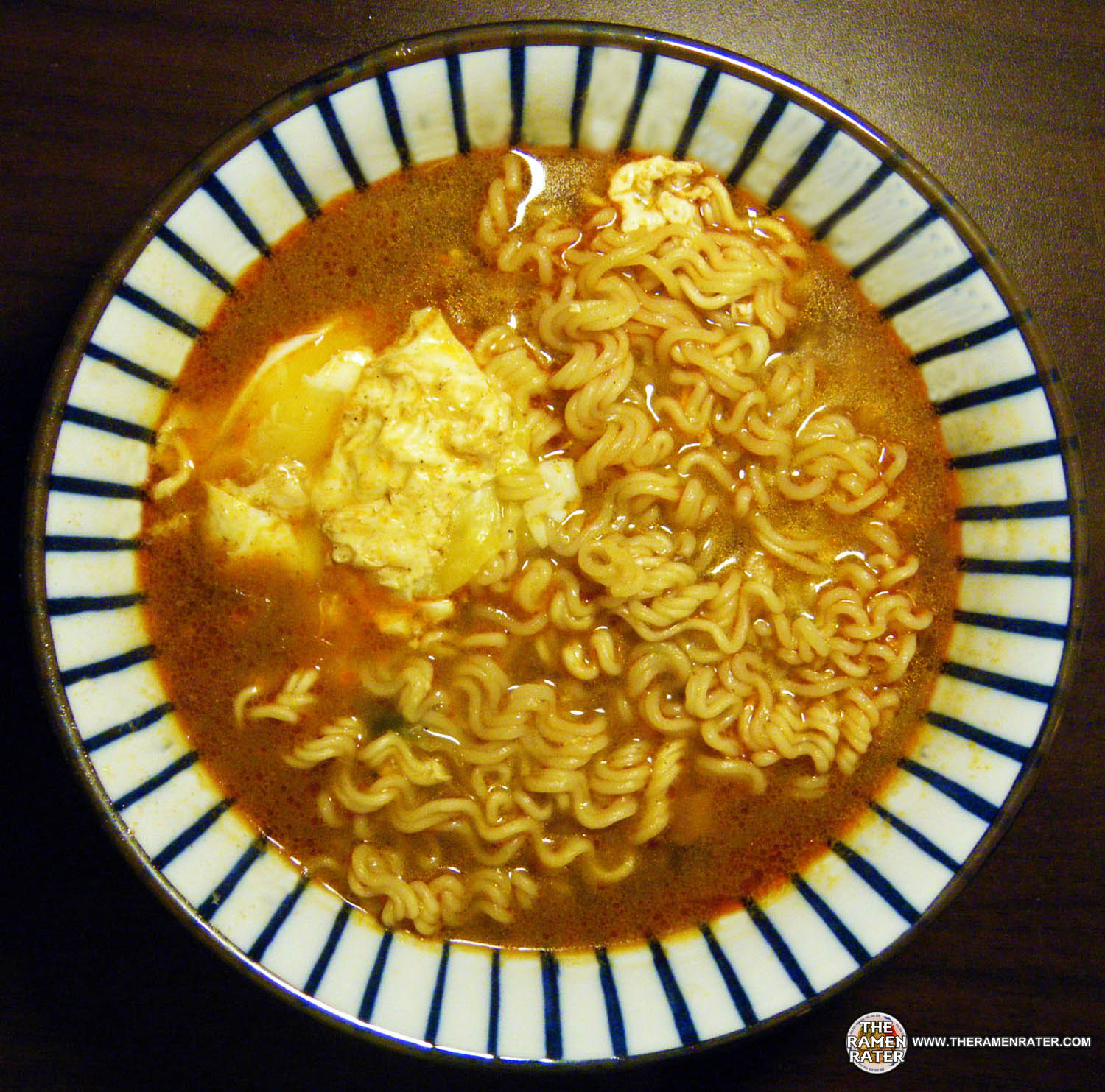 Click image to enlarge. Well, there was a problem. This is a different bowl. 700mL of liquid, an enormous block of noodles and two eggs wouldn’t fit in the other bowl. The noodles came out quite nice – thicker gauge than normal stuff and a little chewy. Not bad. The broth is fiery hot – definitely the JML action working here. The veggie hid a bit but then they came out and ran amok. Nicely re-hydrated veggies. It’s pretty good stuff, although quite a large amount of it. 3.5 out of 5.0 stars.

“The Golden Wheat” a Soviet-era song

Yet another Golden Wheat song – nothing to do with the noodles, but interesting music.