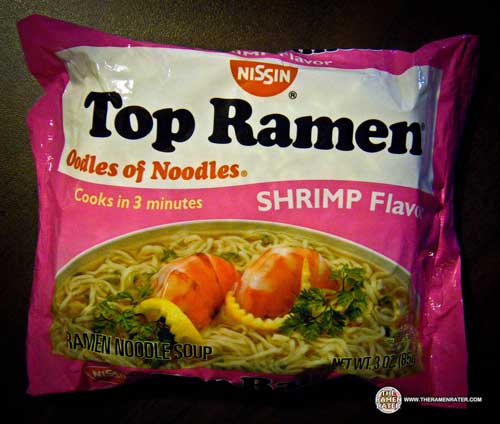 “The hell you say!” you may be saying, but yes indeed my fellow noodleheads, it’s true. I reviewed 461 other instant noodles but decided to have today be the shrimp flava Top Ramen. Why you ask? Why not is your answer. So the package is very pink is just itching to be reviewed so here we go.

The lone packet that everyone’s left unused once. There used to be a drawerful of them at my parent’s house but I never understood why. Why was leaving them unused? I certainly wasn’t. There are even blog posts I’ve seen on the subject of what to do with the seasoning packets. That’s simple: use them with the Top Ramen. When paired with the noodles, it works. When they are seperated, they don’t work on their own. At least that’s my opinion of the matter and I’ve eaten a lot of this stuff so I think I could be considered somewhat of an authority. 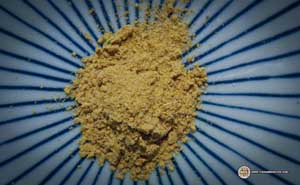 A decent amount of dry powder seasoning. It’s too bad they don’t include some veggie with it like their Cup Noodles – that would be really nice. Perhaps some kind of premium Top Ramen?

So here’s the making of the noodles. Enjoy as this won’t be happening again any time soon most likely! 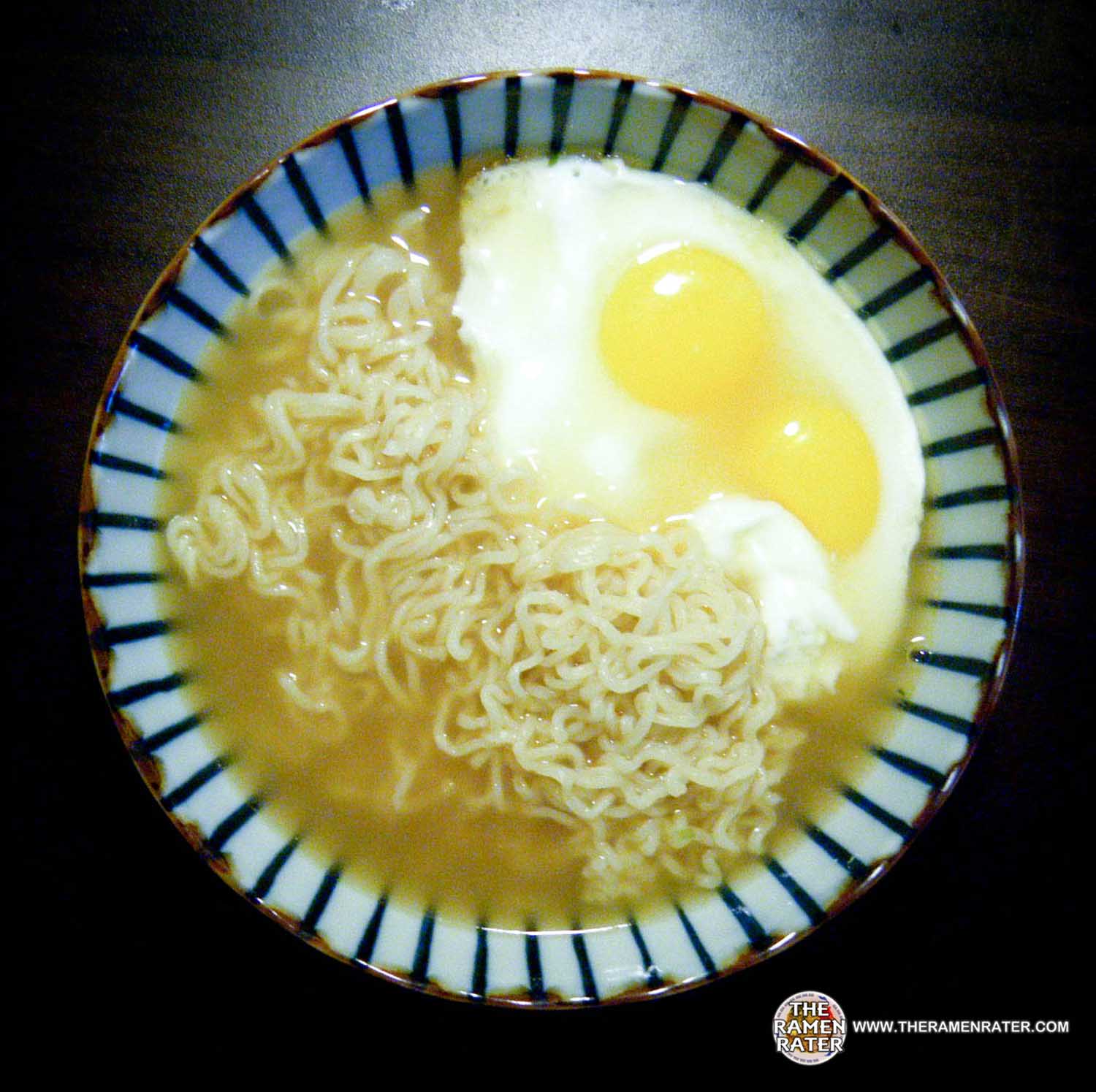 Click image to enlarge. So here she be with the two eggs. So first, the stuff smells shrimpy. I like that. It gives me an ‘as advertised’ kind of comfort. The noodles were as expected, and what can only really be described as your standard, classic Top Ramen noodles. The broth was tasty – a little salty but not too bad and had a nice shrimp flavor. The eggs went well with it too. All in all pretty good. 3.5 out of 5.0 stars. Get some here. UPC bar code 070662010105.

Some old 80’s commercials to watch as you eat some noodles perhaps?