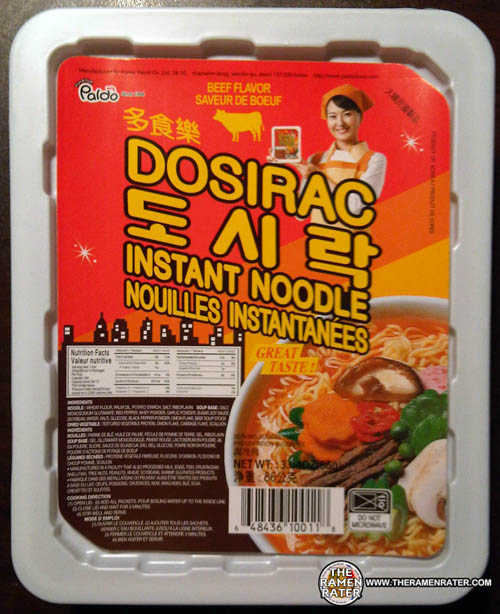 So here’s another Dosirac, this time beef. More of the same?

Same as before on packets – a veggie and a powder. 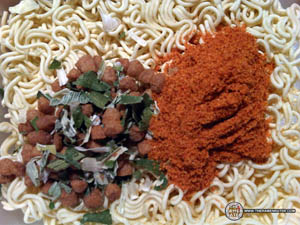 Waiting for the boiling water and a couple fried eggs which I topped with a couple pinches of Lindberg-Snider Red Baron Barbecue Seasoning – some of my all time flavoring seasoning I might add! 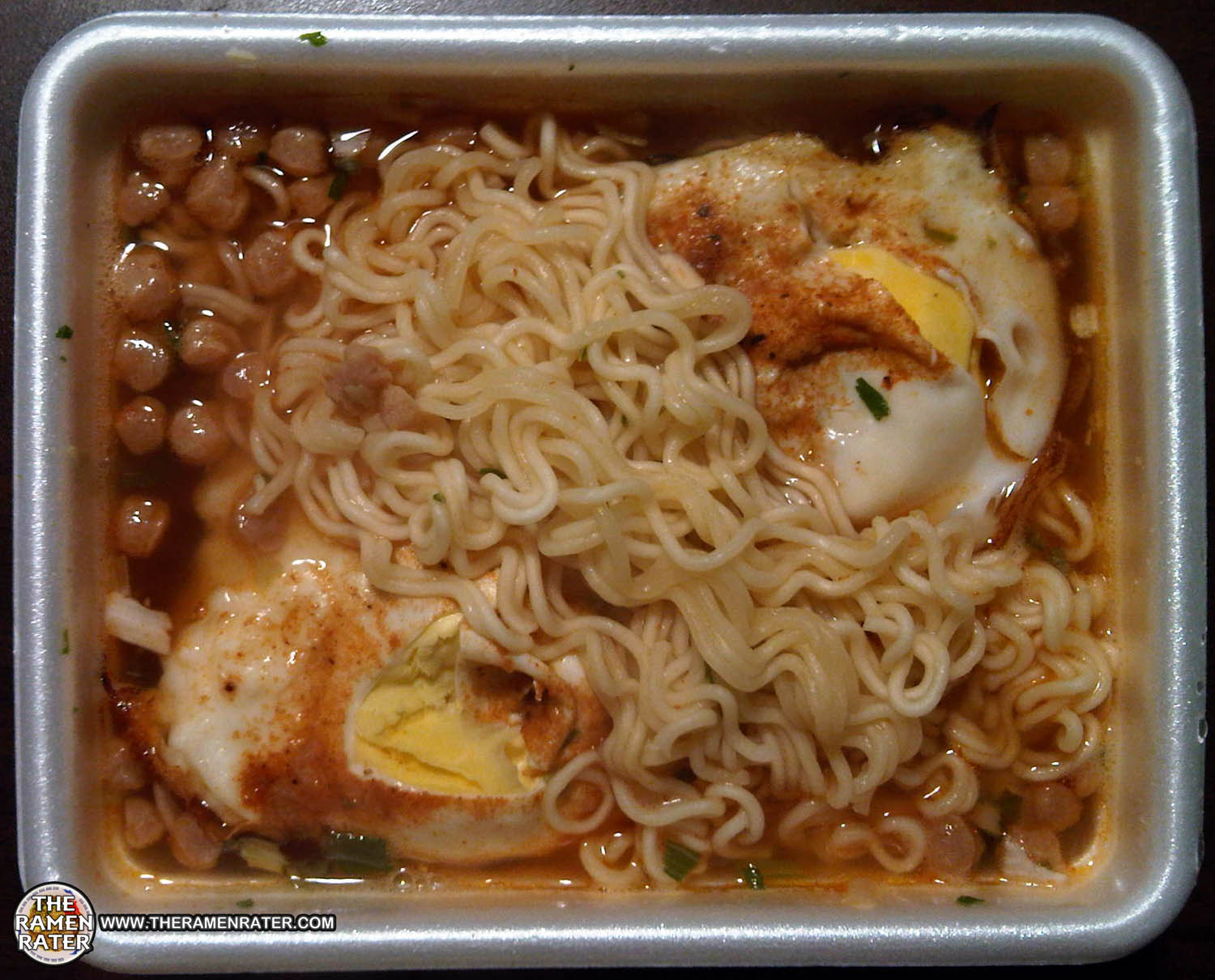 Click image to enlarge. So the same deal as the chicken. The broth does seem to have a little spiciness to it the chicken didn’t, and there seem to be a few more of the little re-hydrated chewy meat-like orbs floating around. The Noodles are decent. All around a fun bowl of noodles. 3.75 out of 5.0 stars.

As I’ve said before, I can’t find any Paldo Commercials. So here’s some odd commercials.