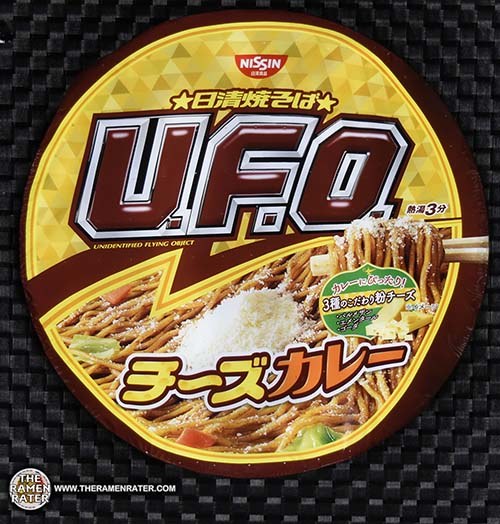 Hey look at this! This came by way of Hobby Link Japan, a great site that has all sorts of amazing Japanese things including instant noodles! Thank you very much! This variety is a yakisoba with a cheese curry flavor! I tell ya, this sounds really quite good to me! Here’s a little about it from Wikipedia –

Yakisoba (焼きそば, [jakiꜜsoba]), literally “fried buckwheat,” is a Japanese noodle stir-fry dish. Although soba means buckwheat, yakisoba noodles are actually made from wheat flour, and are typically flavored with a condiment similar to oyster sauce. The dish first appeared in food stalls in Japan during the early 20th century.[1]

In Okinawa, Yakisoba is popular with Okinawans and U.S. service members stationed on the island alike. After the 1945 hostilities ended on Okinawa, the US military command supplied American food products to the malnourished residents. The preferred Okinawan version was prepared from spaghetti, spam, ketchup, any available vegetable (usually canned), and mayonnaise for frying. Mess halls and other on-base eateries often serve yakisoba. Chopped hotdogs are a popular addition to yakisoba made on Okinawa, in addition to other meats such as ham, chicken, and pork. 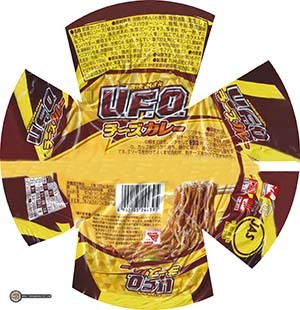 Detail of the outer wraps (click to enlarge). Contains pork, chicken, and beef. To preparem, remove sachets and add boiling water to fill line. Cover for 3 minutes. Use drain spout on lid to pour off excess water. Add in liquid sachet contents and stir. Finally, garnish with cheese powder and enjoy! 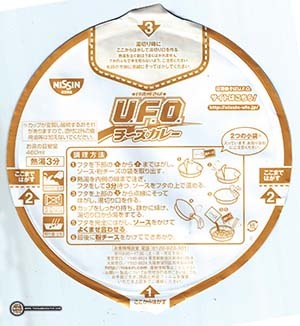 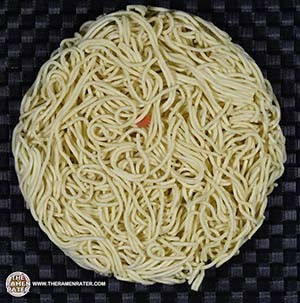 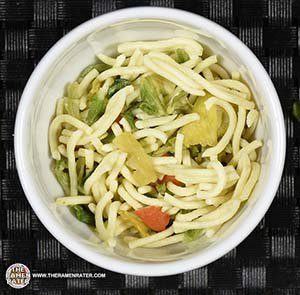 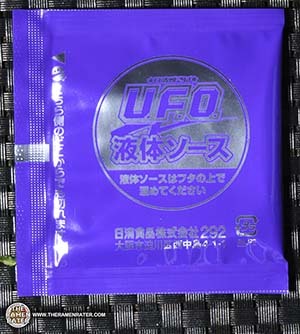 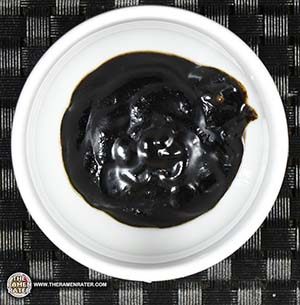 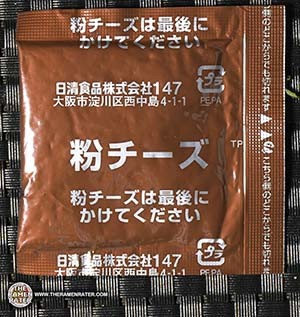 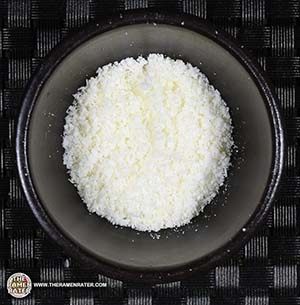 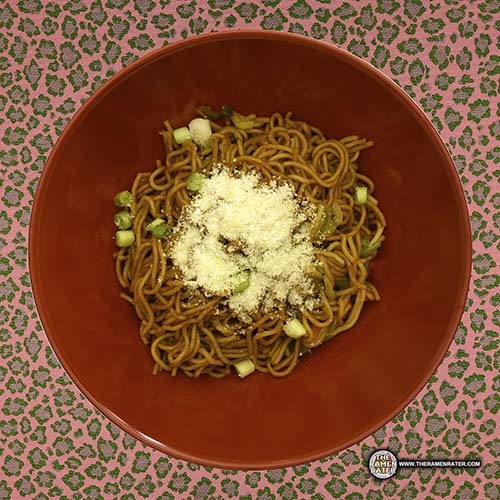 Finished (click to enlarge). Added spring onion. The noodles came out well enough – dry and light on the chew. The flavor was a nice curry – very much in the sweet curry vein. The cheese was so-so but was interesting and different. 4.25 out of 5.0 stars. JAN bar code 4902105244395.

This is how they add cheese to Nissin products.