So I remember the first time I tried this one a couple years ago. Indeed, it is spicy! Sichuan pepper is a little different kind of spicy in contrast to a jalapeno or wasabi – here’s a little info about the Sichuan pepper from wikipedia:

Sichuan pepper’s unique aroma and flavour is not hot or pungent like black, white, or chili peppers. Instead, it has slight lemony overtones and creates a tingly numbness in the mouth (caused by its 3% of hydroxy alpha sanshool) that sets the stage for hot spices. According to Harold McGee in On Food and Cooking, they are not simply pungent; “they produce a strange, tingling, buzzing, numbing sensation that is something like the effect of drinks with carbonation or of a mild electric current (touching the terminals of a nine-volt battery to the tongue).

Sanshools appear to act on several different kinds of nerve endings at once, induce sensitivity to touch and cold in nerves that are ordinarily nonsensitive, and so perhaps cause a kind of general neurological confusion.”

Recipes often suggest lightly toasting the tiny seed pods, then crushing them before adding them to food. Only the husks are used; the shiny black seeds are discarded or ignored as they have a very gritty, sand-like texture. The spice is generally added at the last moment. Star anise and ginger are often used with it in spicy Sichuan cuisine. It has an alkaline pH and a numbing effect on the lips when eaten in larger doses.

Ma la sauce (Chinese: 麻辣; pinyin: málà; literally “numbing and spicy”), common in Sichuan cooking, is a combination of Sichuan pepper and chili pepper, and it is a key ingredient in má là hot pot, the Sichuan version of the traditional Chinese dish. It is also a common flavouring in Sichuan baked goods such as sweetened cakes and biscuits.[citation needed] Beijingmicrobrewery Great Leap Brewing uses Sichuan peppercorns, offset by honey, as a flavouring adjunct in its Honey Ma Blonde.[12]

Indeed tingling and numbing going on here. As a matter of fact, yeah, that’s kind of something I would say describes the sensation very well. Definitely easier to understand if you have it firsthand of course. Of course, it’s kind of like explaining chocolate to someone who’s never tasted anything sweet. Ultimately, let’s give this one another look – it was #1 on my Top Ten Taiwan list in 2014!

Here’s the back of the package (click to enlarge). Contains meat. To prepare, add noodle block to a pot of boiling water and cook for 5 minutes. Drain. Add sachet contents. Finally, stir and enjoy! 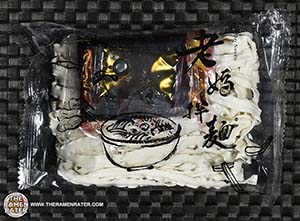 One of the four servings in the package. 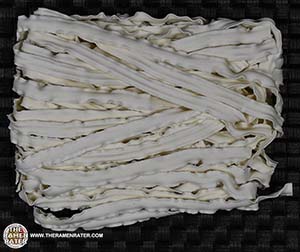 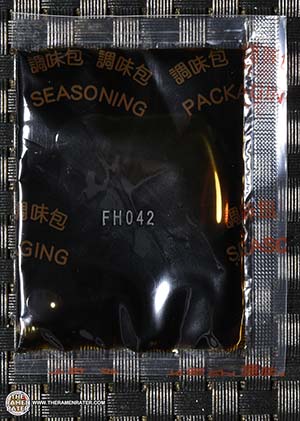 The first of three sachets. 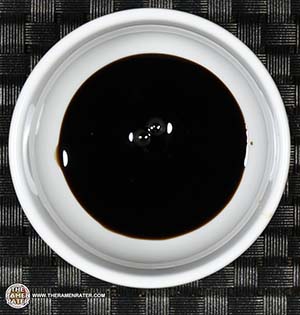 A kind of soy mixture. 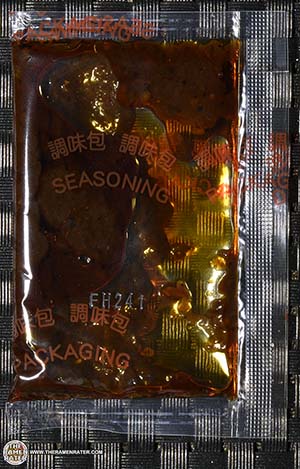 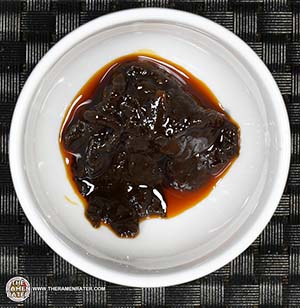 A paste with a spicy scent. 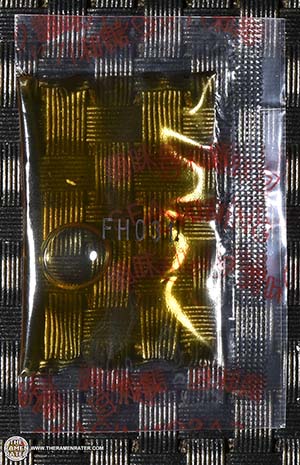 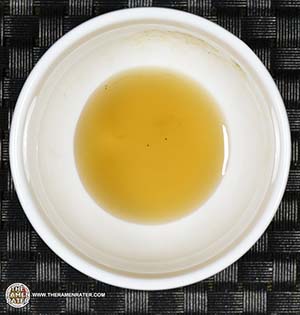 An oil with a deep yellow hue. 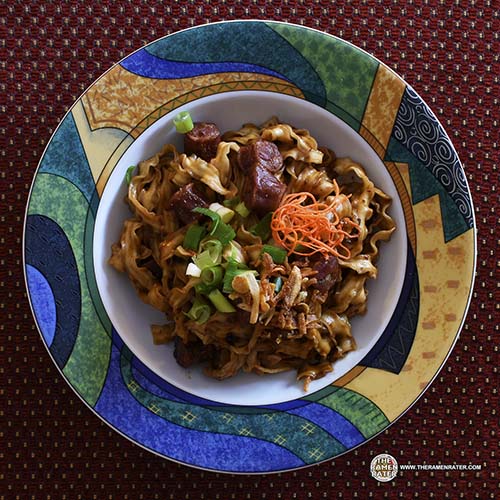 Finished (click to enlarge). Added Chinese sausage, carrot, spring onion and fried onion. So I have to say I love these noodles! The scalloped edges, the width, the chew are great and in fact, I could chew on these forever – not that they’re overly chewy and would require such. The spicy Sichuan pepper flavor coats and satisfies. Furthermore, it’s not a one trick pony and in the end, it’s spicy and very tasty as well. 5.0 out of 5.0 stars. EAN bar code 4717011150001.

A visit to the factory in Taichung where the noodles are produced.