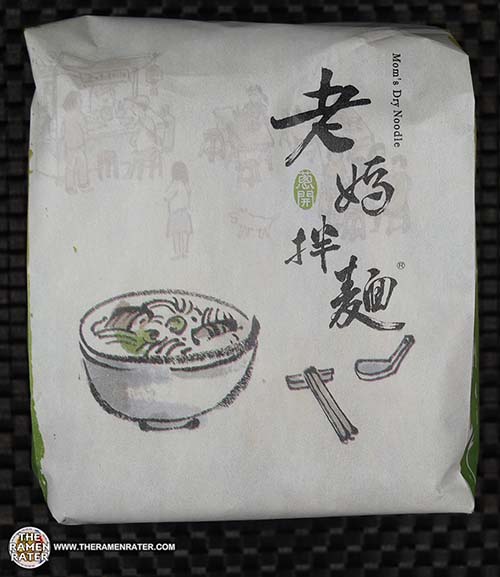 Here’s one I’ve liked for a while . In fact, it’s on the Taiwanese op Ten list! I really like shrimp as well as onion! I thought since I’ve had the opportunity to try a nice amount of Taiwanese food now, I’d share this info about their food from wikipedia:

Pork, seafood, chicken, rice, and soy are very common ingredients. Beef is far less common, and some Taiwanese (particularly the elderly generation) still refrain from eating it.[1] This is in part due to the considerations of some Taiwanese Buddhists, a traditional reluctance towards slaughtering precious cattle needed for agriculture, and an emotional attachment and feeling of gratitude and thanks to the animals traditionally used for very hard labour.[1] However, due to influences from the influx of out of province Chinese in the early 1900s, the Taiwanese version of beef noodle soup is now one of the most popular dishes in Taiwan.

Taiwan’s cuisine has also been influenced by its geographic location. Living on a crowded island, the Taiwanese had to look aside from the farmlands for sources of protein. As a result, seafood figures prominently in their cuisine. This seafood encompasses many different things, from large fish such as tuna and grouper, to sardines and even smaller fish such as anchovies. Crustaceans, squid, and cuttlefish are also eaten.
A pork keⁿ, a thick soup with tofu and surimi-coated pork
Because of the island’s sub-tropical location, Taiwan has an abundant supply of various fruit, such as papayas, starfruit, melons, and citrus fruit. A wide variety of tropical fruits, imported and native, are also enjoyed in Taiwan. Other agricultural products in general are rice, corn, tea, pork, poultry, beef, fish, and other fruits and vegetables. Fresh ingredients in Taiwan are readily available from markets.

An important part of Taiwanese cuisine are xiaochi,[2] substantial snacks along the lines of Spanish tapas or Levantine meze.

The Taiwanese xiaochi has gained much reputation internationally. Many travelers go to Taiwan just for xiǎochī. The most common place to enjoy xiǎochī in Taiwan is in a night market. Each night market also has its own famous xiǎochī.

Let’s give this one a try.

Here’s the back of the package (click to enlarge). Contains shrimp. To prepare, boil a pot of water. Add in noodle block and cook for 5 1/2 minutes. Drain. Finally, add in sachet contents. Stir and enjoy! 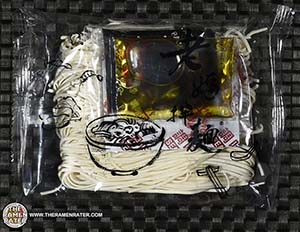 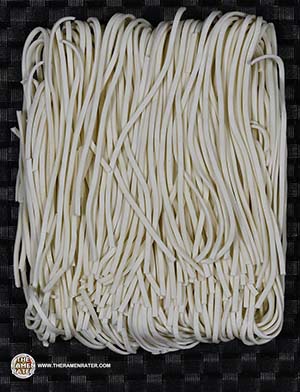 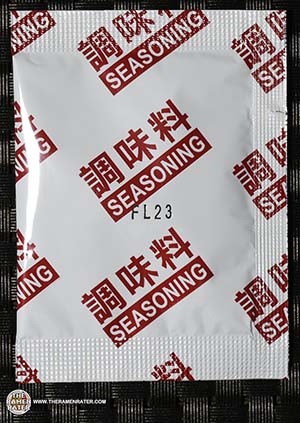 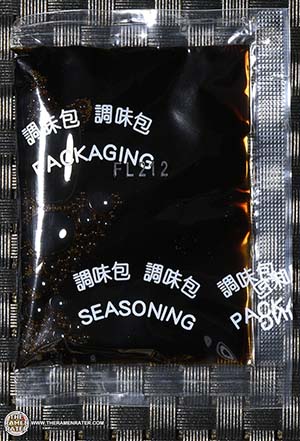 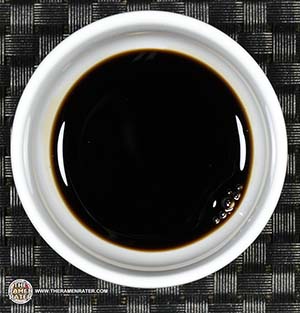 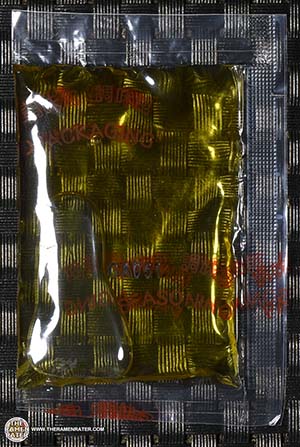 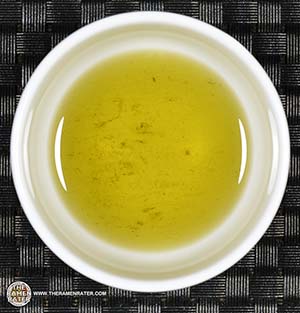 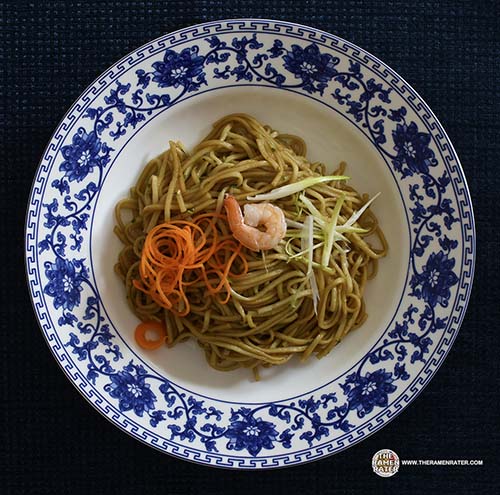 Finished (click to enlarge). Added spiralized carrot, sliced spring onion and a shrimp. Good gauge and chew once again to these fine noodles. The flavor is amazing! I gave it 5 stars last time but I feel like I should give it 6 although that isn’t possible! The taste is a great shrimp and onion fusion – sweet and absolutely delicious. Okay, I’m saying it. yummy. 5.0 out of 5.0 stars.  EAN bar code 4717011150018.