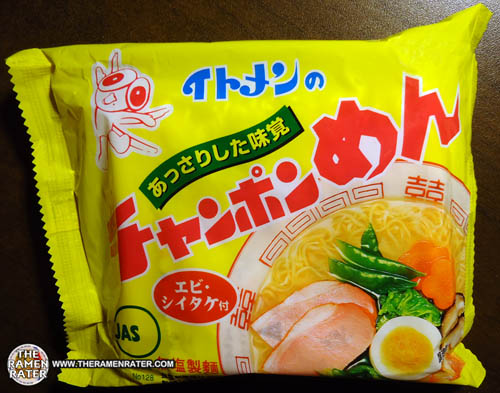 Here’s one that the folks from God Of Patena sent – thanks! Very little English on here – searched and translated via UPC code and kept coming up with ‘chanpon’ over and over so I’m calling it that. Also found it called ‘champon’ too, but more often than not it was ‘chanpon.’ Most things show it as a seafood broth, but as you can see on the package, it looks like ham or smoked pork. I also saw mention that this was a borrowed noodle soup from Chinese culture; like jjamppong perhaps? Let’s check it out! 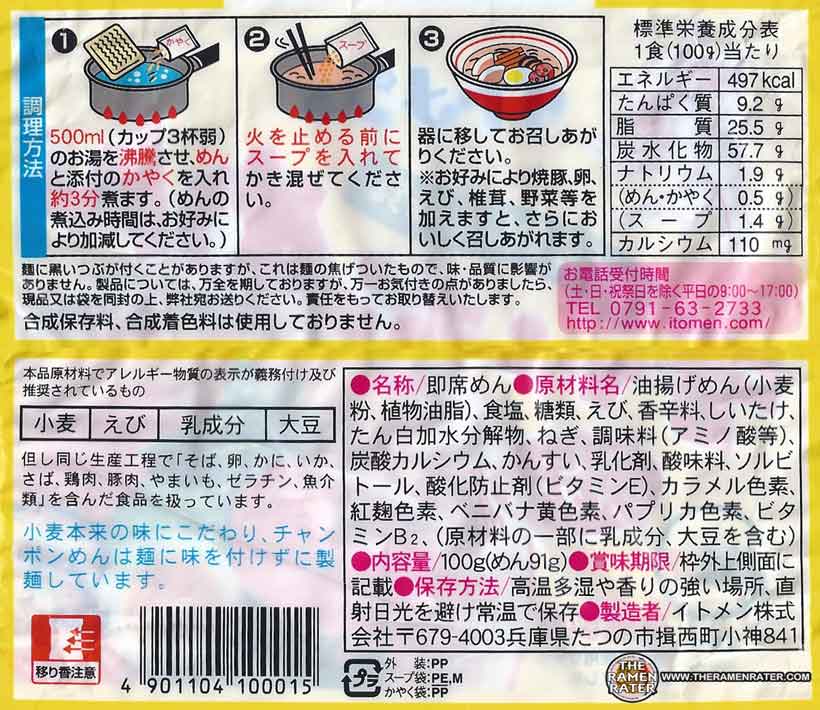 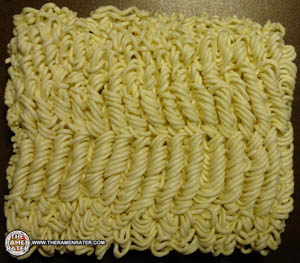 The noodle block. It reminds me of waves lapping a distant shore. 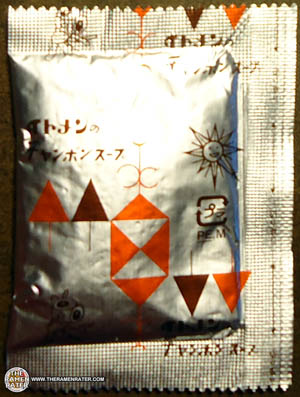 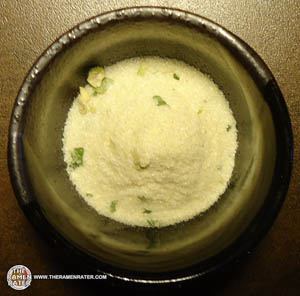 A nice scent with seafood notes. 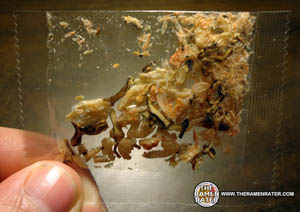 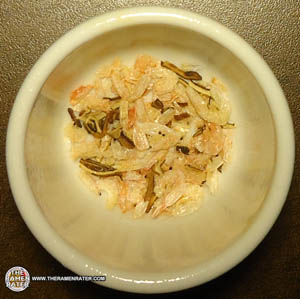 Looks like cabbage and shrimp and maybe some other things going on. 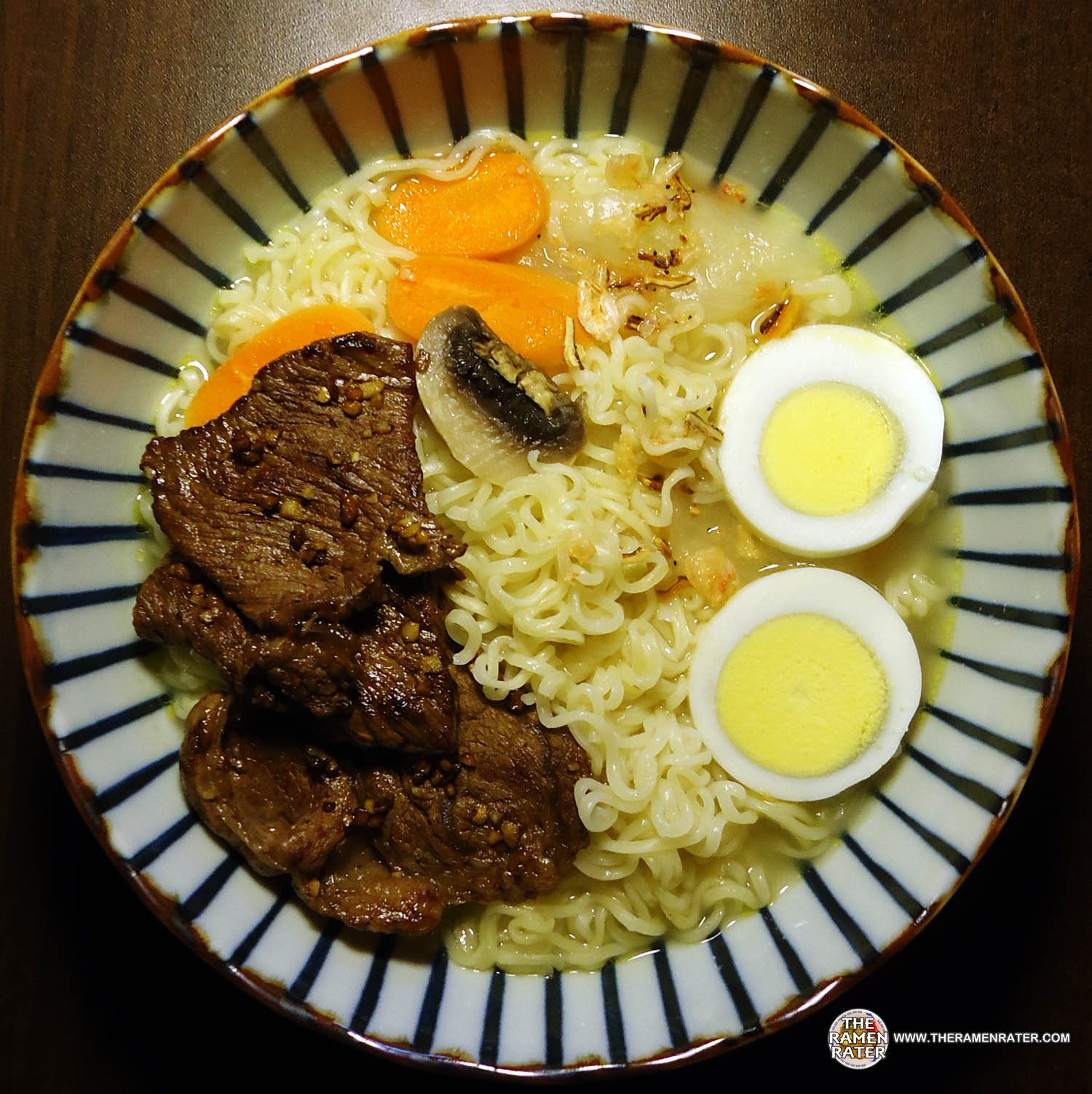 Finished (click image to enlarge). Added thin sliced chuck sauteed in garlic and Worcestershire sauce, carrot, mushroom, egg and sweet onion. The noodles are wonderful – thin and elastic with a perfect consistency. The broth is light and almost cheery – a nice savory taste. The extra bits hydrated well. 4.25 out of 5.0 stars.UPC bar code 4901104100015