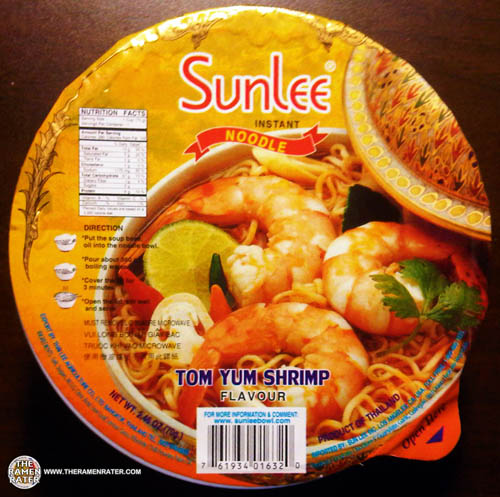 Cool – a Sunlee bowl. I’ve had a couple of these before – they were crab flavored and really quire good. Tom Yum soup is one of my favorites and hopefully since this is from Thailand, it should be pretty good. 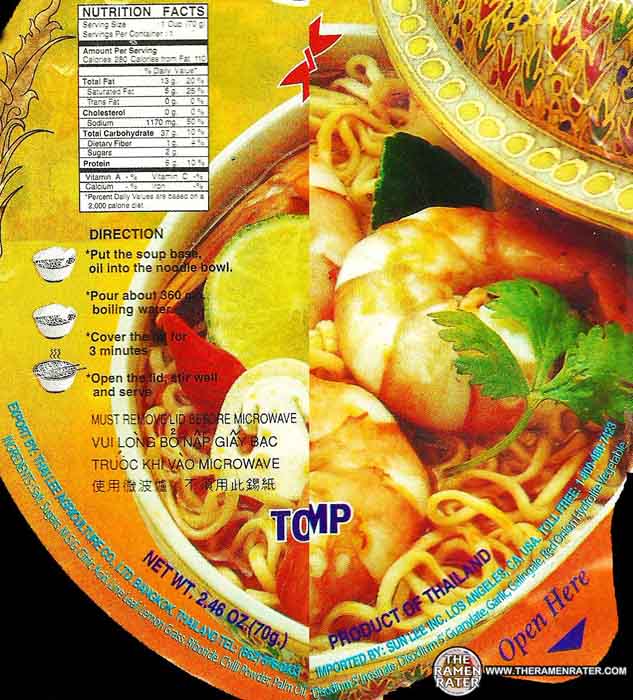 Click image to enlarge. The ingredients list winds around the rim of the bowl. I like how it mentions that you put 360cc of water in – that’s a pretty precise measurement and usually they just say ‘to the line’ instead of an exact number. 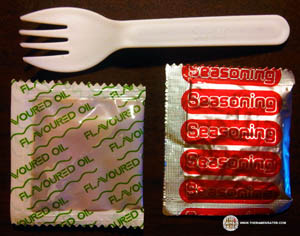 Seasoned oil and seasoning powder. This is another one whose packets are just the the Yum Yum ones. 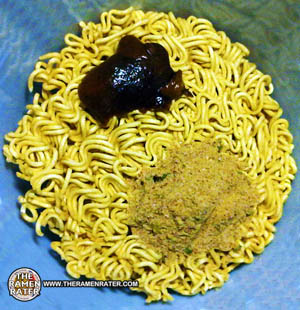 Here’s the block with seasonings on top – awaiting the 360cc os boiling H2O. 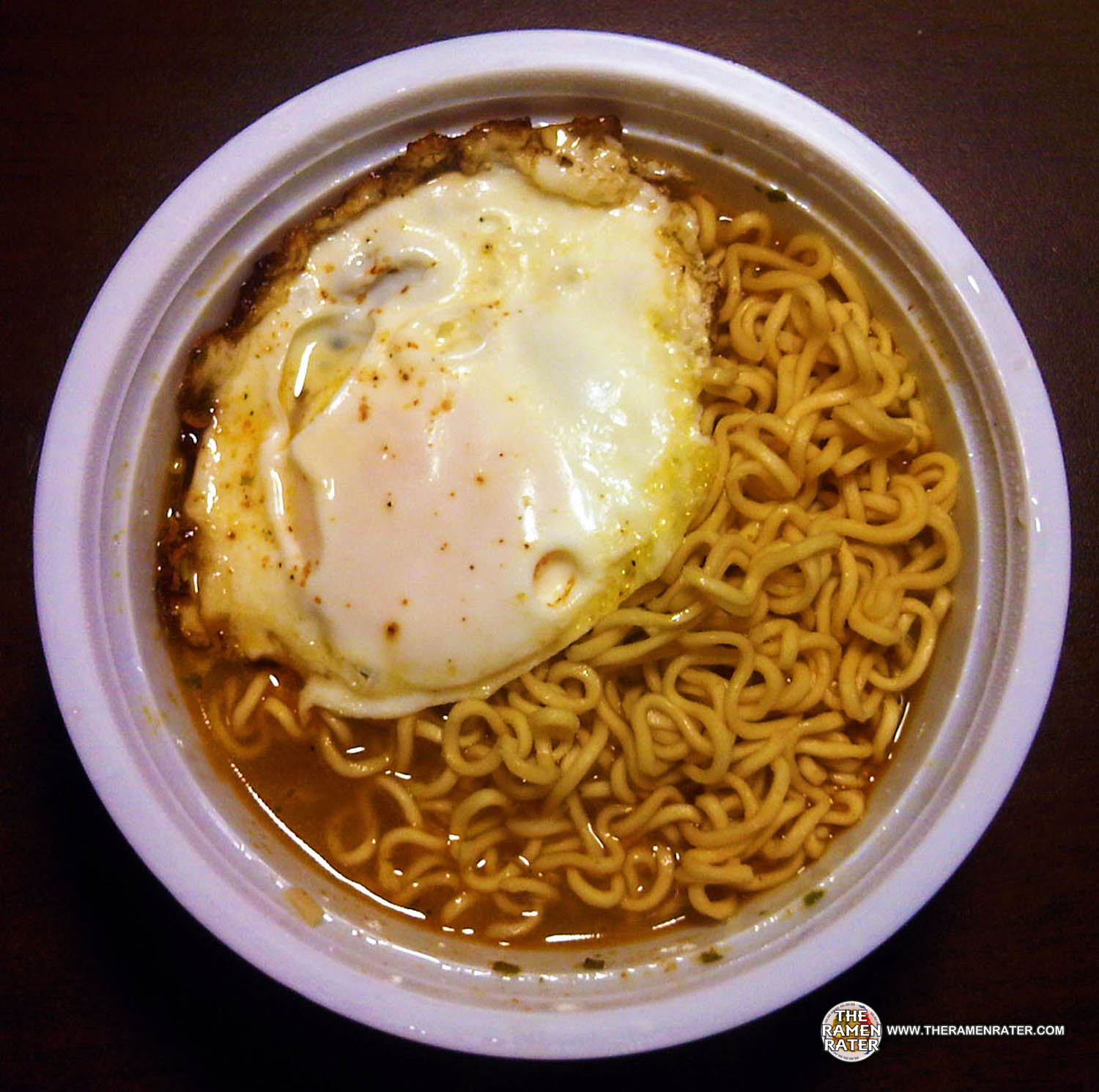 Finished (click image to enlarge). Added a single fried egg with a dash of Tony Chachere’s Creole seasoning on top. The noodles weren’t bad – a little bit on the slightly non-pliable side. The broth was great – very sippagle and had a good spiciness and citrus taste, as well as a hint of shrimp. Tasty little bowl – 3.5 out of 5.0 stars. UPC barcode 761934016320 . Get it here.

Herman Cain’s campaign chief Mark Block remixed. I think everybody’s forgotten about both of them for the most part already.