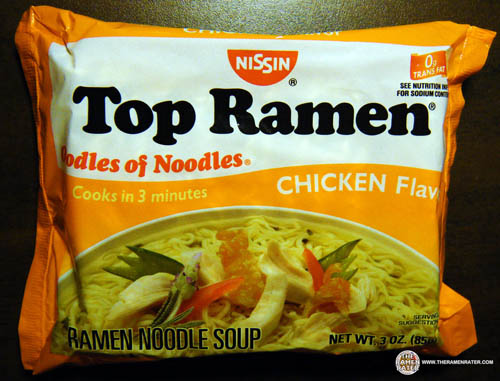 From time to time, it’s a good idea to revisit a baseline. Top Ramen Chicken is something I compare all noodles to in one way or another. The noodles themselves are classic – they’re not bad and soak up the flavor well. They’re not mushy although not exactly what one would call chewy. When reviewing chicken instant noodles I always think to this stuff. Of course, when I see an article someone has blogged or written on the Internet about ramen, a good 80% of the time there’s a nice big picture of the product you see above. Youtube’s no stranger to this either; there are about a zillion videos telling you simply how to prepare a packet of instant Top Ramen. It’s not only good but its everywhere. Eaten raw or cooked, people seem to like it. Well, I like it too and so I revisit it with a sore throat and runny nose. Here we go! 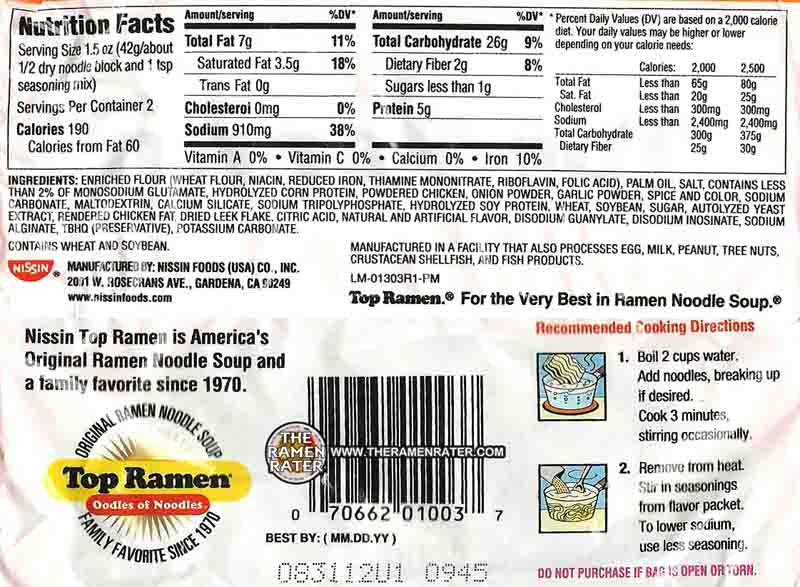 Click image to enlarge. Here’s my take on everything on the back: chicken powder sounds awesome! I think anyone who really need to break up the block needs to also have their head examined; don’t you like long slurpy noodles? That’s my son’s favorite part! The sodium thing: if you want less sodium, use less seasoning. Okay that’s fine, but to those of you who toss the packet: don’t buy this stuff. I think you might enjoy something called Ramyonsari by Ottogi, a Korean company. It’s a pack of just a noodle block! Bigger block too and slightly higher quality noodles. 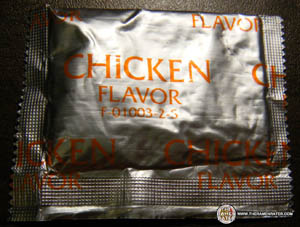 The single packet of chicken wonders. So say you do happen to be one of those people who toss the packet, maybe for other reasons than sodium intake levels. This stuff is actually really good on popcorn. Try it. 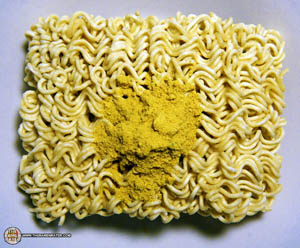 The block and seasoning awaiting a dip in two cups of boiling water. 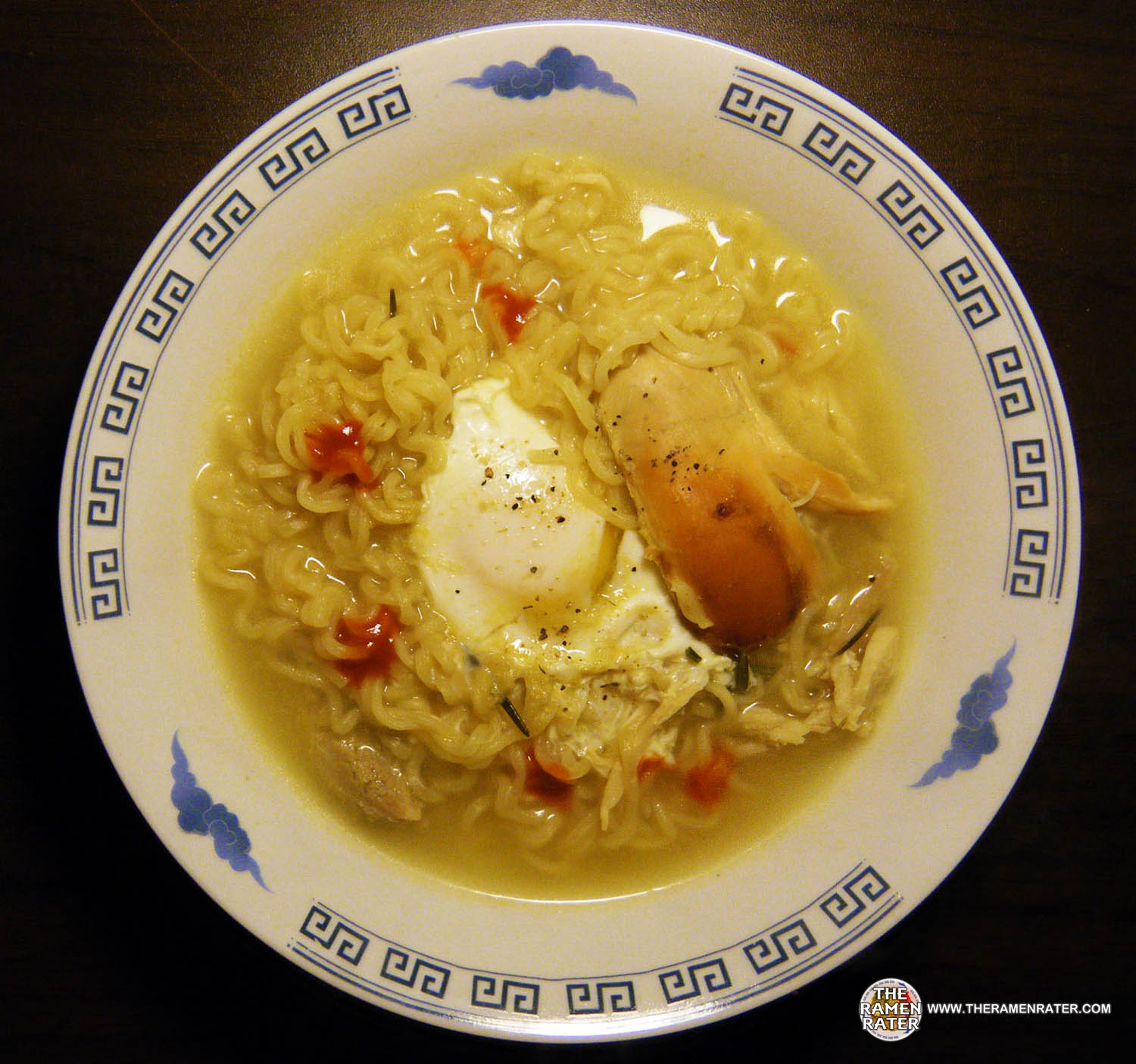 Click image to enlarge. Oh wow, man this looks awesome. So I threw in a nice piece of my wife’s bad-ass turkey (she cooked it with rosemary, apples and onion and stuffed the skin with butter), a single egg cooked with the noodles was added as well. A dash of pepper on the turkey, a dash of Krazy Mixed Up Salt on the egg and a few splashed of Tabasco Buffalo hot sauce. The broth and noodles are the real baseline – 3.25 out of 5.0 stars. As a whole dish, 5.0 out of 5.0 stars. The turkey boiled with the noodles, making the broth a little more flavorful. The egg was let go until just on the brink of not being runny and upon eating this dish, I let the yolk spill out with the noodles, turkey and broth. This trifecta, along with the hot sauce, proved an amazing convergence. If you can’t find Top Ramen anywhere near where you live, I’m unsure why; but if that’s the case, you can get it here. UPC code 070662010013.