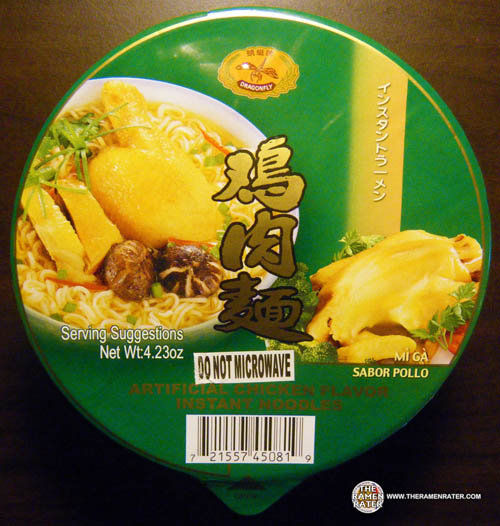 This is a big bowl of noodles from China. So far, I’ve tried Dragonfly’s Onion, Seafood and Beef flavors. I’m really happy with how nice those have been and eager to try this one! 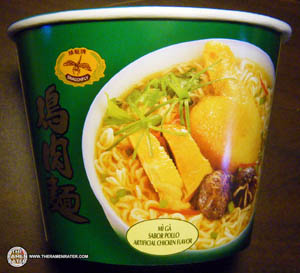 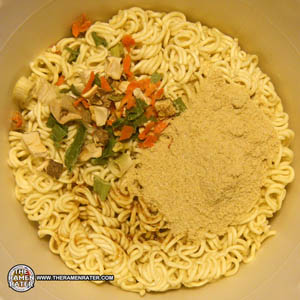 A decent amount of seasonings on the noodle block. The oil was sesame oil-like. Hmmm… 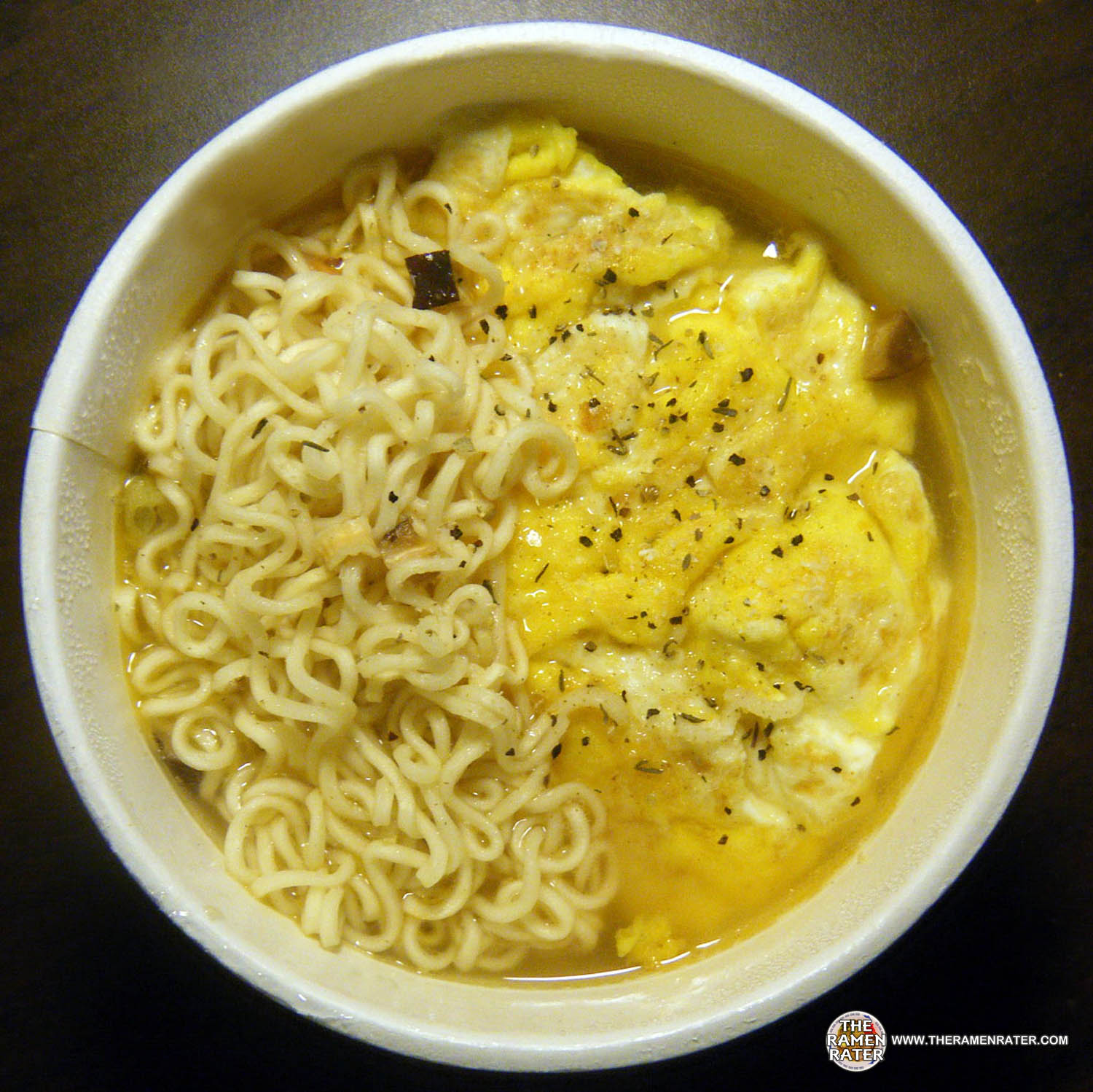 Click image to enlarge. I added two pan scrambled eggs with a few shakes of Jane’s Krazy Mixed Up Salt on top. The noodles are golden and luxuriant – and quite plentiful as they were in the other Dragonfly big bowls. The flavor is awesome – very chicken. Well done chicken too – like they put some thought into it and didn’t do it up in an ‘everything with some salt and fake buttery onion flavor tastes like chicken’ way. This tastes like niceness in a paper bowl. The veggies plumped up nicely. What a nice meal! I worked today and its 5pm and just having my first meal of the day. Refreshing and fulfilling! 4.5 out of 5.0 stars!