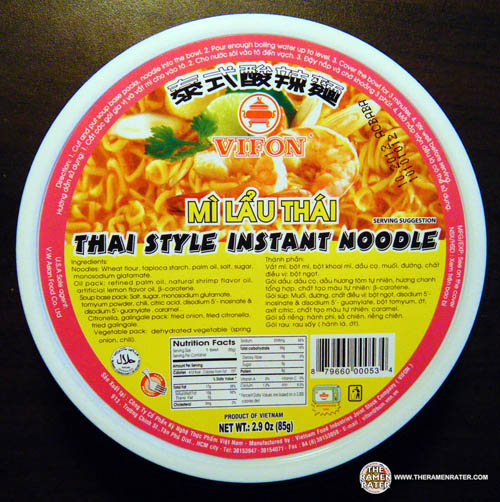 This one’s been sitting in the bottom of the ramen box for quite a while now. Wondered how they would be – spicy? Salty? Nasty? Thready? Well, let’s open them and find out! 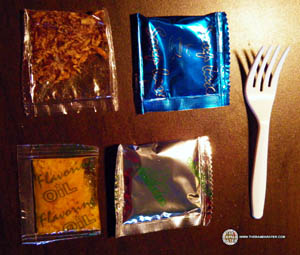 Well for one thing its full of packets – and a fork! Fork update! As far as the packets go, going clockwise from the top left we have (according to the package) a Citronella & Gallingale packet, soup base, vegetables and seasoned oil. 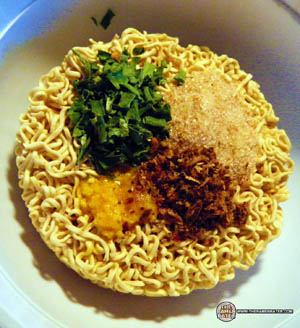 Nice colors atop the noodle block. The block is made of fried pre-seasoned noodles that could be eaten by themselves as almost all of the wheat flour based noodles I’ve had from Thailand are. 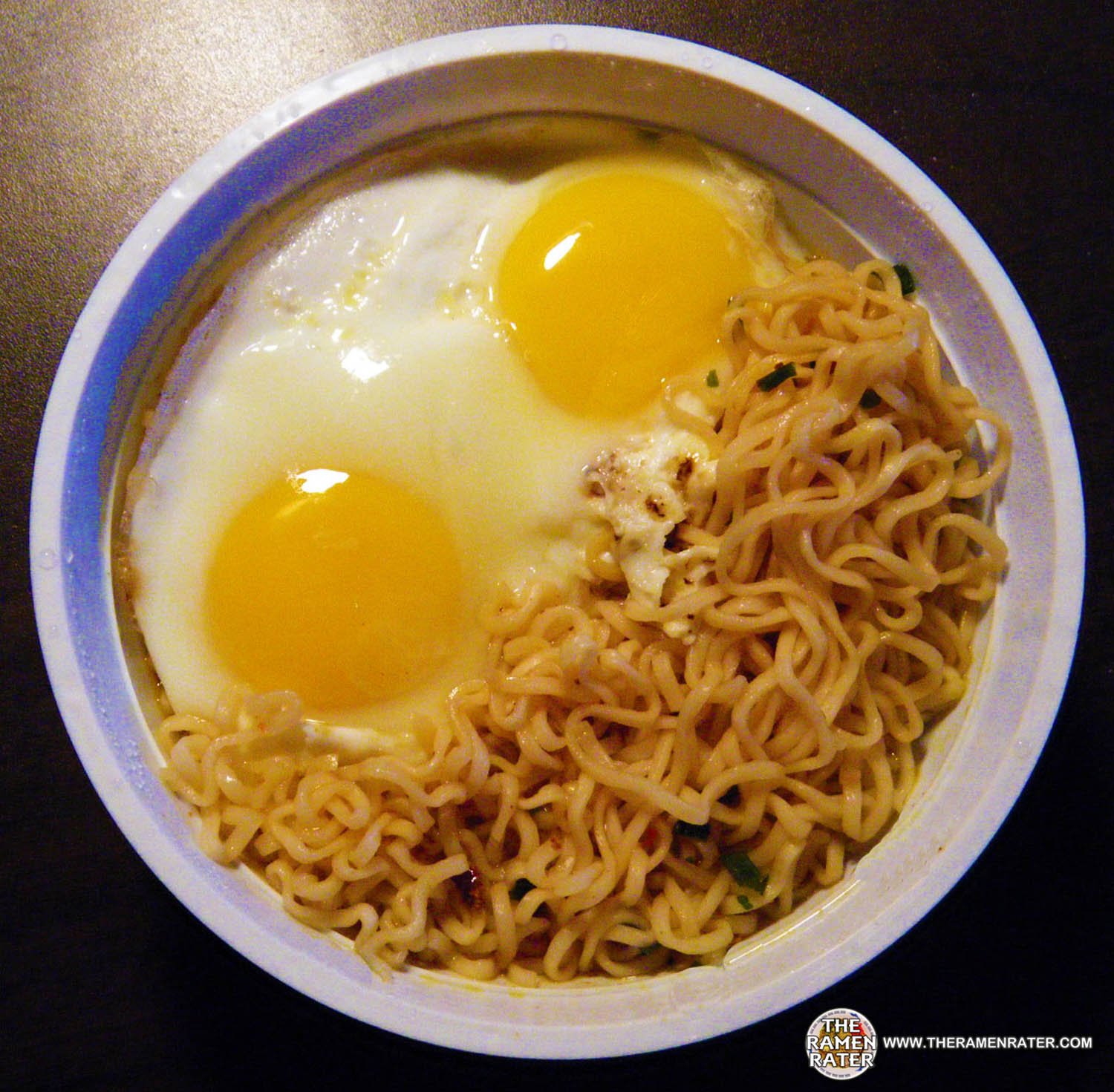 Click image to enlarge. Added a couple lightly fried eggs. Very good stuff! The noodles and broth reminded me a bit of Tom Yum flavor, just not as strong. The noodles were tasty and the veggies were too. The soup was not greasy at all – in fact it was very light – not what I expected at all. I was tasty yet delicate. The eggs atop lent a broken yolk heartiness to the broth and some bulk. A fine breakfast. 4.0 out of 5.0 stars.