A couple things to start out with here as this picture is somewhat ridiculous. So they’re adding water to the cup. The water is up to the line already and not only that,  the contents appear to already be done cooking; the veggies are clearly re-hydrated.  Kind of weird I thought. 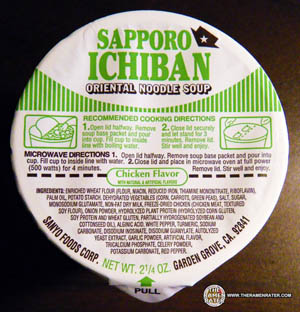 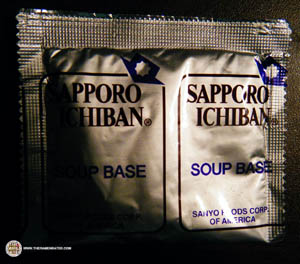 A single packet of seasoning. Common to the cups you’d see from Korea, not so much from a domestic. 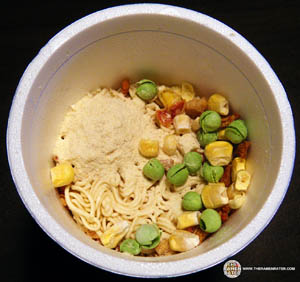 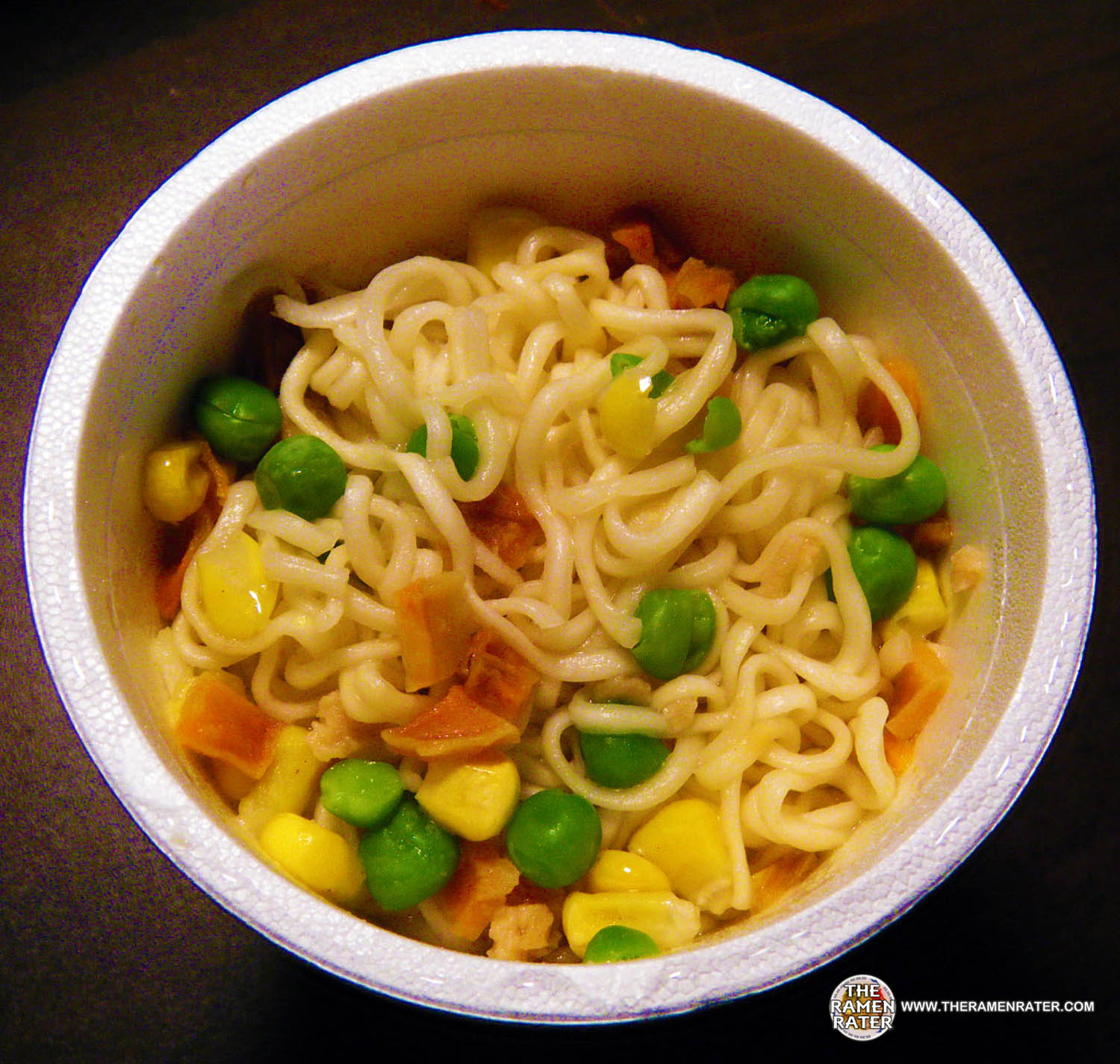 Click image to enlarge. Finished product, unadulterated. So this one’s getting some good points. Why? Well first off, it looks like the above picture. Secondly, it contains chicken. This is a bit of a rarity to be honest and I really like that. The chicken wasn’t bad either. Third, lots of vegetables. The noodles weren’t crummy either. The only thing here was the saltiness – way overpowering. A little less and it would’ve been just right. I’m still quite impressed with this product though and giving it a 3.75 out of 5.0 stars. Get it here.