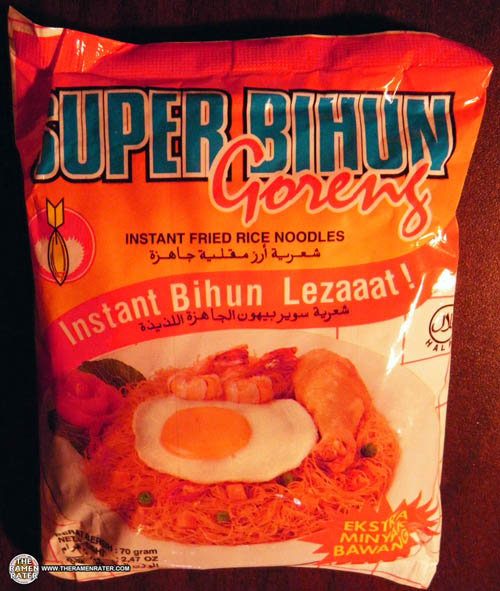 This is definitely the most unique of all the packages of noodles I have ever found. Let’s get started.

Just under where it says Super, notice the little logo? It looks like a falling bomb! I don’t know what else it could be considered to be – so to start off with, that’s pretty awesome. The red banner going across exclaims “Instant Bihun Lezaaat!”  I thought this was weirdness, but I figured I’d better get digging. Google Translate says Bihun means Angerl Hair and didn’t come up with anything for lezaaat, but lezat means delicious.

Okay now in the image of the food, I gotta say that a chicken drumstick chucked in the middle of noodles is something I find most weird. 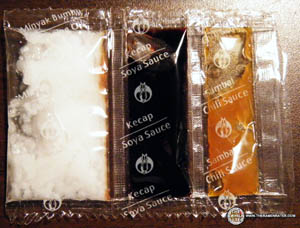 These look really familiar – like the Mi Goreng by Indomie. These also come from Indonesia so I’d imagine that’s why. From right to left, garlic seasoned oil, sweet soy sauce and chili sauce. 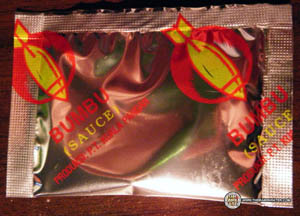 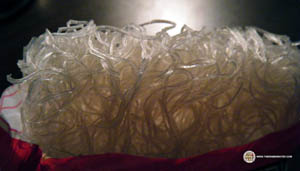 I thought a pic of the noodles would be good since they are a little interesting. Also, this is a drain thing – you drain the noodles. 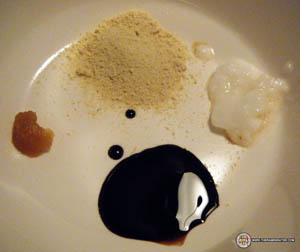 After draining you put them in a bowl that has the seasonings and stir. Clockwise from top: powdered seasoning, garlic oil, sweet soy sauce and chili sauce. 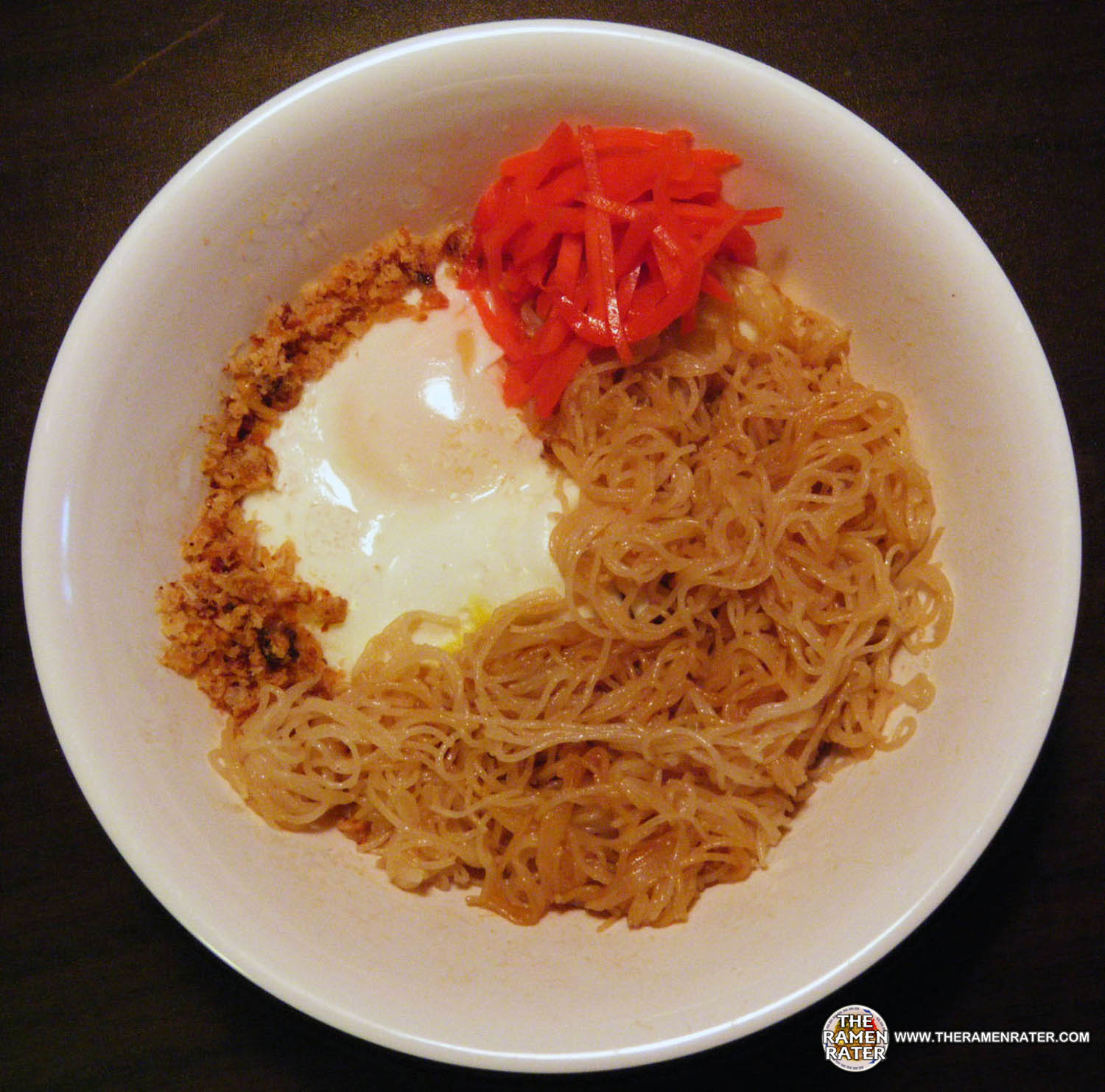 Click image to enlarge. Bam. Two fried eggs, a little fried shallot and some kizami shoga – pickled ginger. This was really really good stuff! It reminded me of some of Indomie’s things – the Mi Goreng line for sure. I liked the noodles and the seasonings were very nice too. Altogether, this was a very enjoyable and satisfying breakfast. 4.5 out of 5.0 stars.

Here’s how to make it homemade!