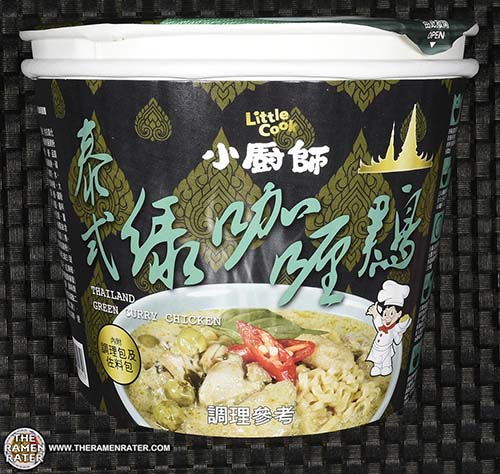 I found this one on my trip to Taiwan in November 2016. It was at the Jason’s Market at the bottom of the Taipei 101. That was a cool day – here’s a little about the Taipei 101 from Wikipedia –

Taipei 101 (Chinese: 臺北101 / 台北101) – stylized as TAIPEI 101[1] and formerly known as the Taipei World Financial Center – is a landmarksupertall skyscraper in Xinyi District, Taipei, Taiwan. The building was officially classified as the world’s tallest in 2004, and remained such until the completion of the Burj Khalifa in Dubai in 2009. In 2011, the building was awarded the LEED platinum certification, the highest award according to the Leadership in Energy and Environmental Design (LEED) rating system, and became the tallest and largest green building in the world.[9][10] It has the fastest elevator going from the 5th floor to the 87th in 49 to 53 seconds.

Construction on the 101-story tower started in 1999 and finished in 2004. The tower has served as an icon of modern Taiwan ever since its opening. The building was architecturally created as a symbol of the evolution of technology and Asian tradition. Its postmodernist approach to style incorporates traditional design elements and gives them modern treatments. The tower is designed to withstand typhoons and earthquakes. A multi-level shopping mall adjoining the tower houses hundreds of stores, restaurants and clubs. Fireworks launched from Taipei 101 feature prominently in international New Year’s Eve broadcasts and the structure appears frequently in travel literature and international media.

Yeah so this building was huge and tall! We took the elevator up as far as one could go and it’s fast. However although fast it was really smooth. Indeed the only indication that you were hurtling upward was you ears popping. I saw this variety on YouTube before the trip and wondered if I’d see it. Well, I did! So, what’s fascinating about this one is that it has two bowls – one for a stir noodle and one for the soup. You east some noodles then slurp the broth – back and forth. Green curry sounds good! Let’s check it out!

Detail of the side panels (click to enlarge). Contains chicken. To prepare, separate the two bowls. In the bowl with the noodle block, add 450ml boiling water and let steep covered for 4 minutes with the large pouch sitting on top. In the other bow, add the dry sachet. Poke holes in the lid with chopsticks and drain water from noodle bowl into second bowl and stir. Add contents of large pouch to the drained noodles. Finally, stir and enjoy! 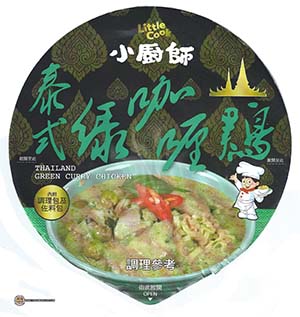 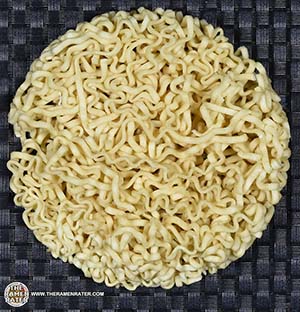 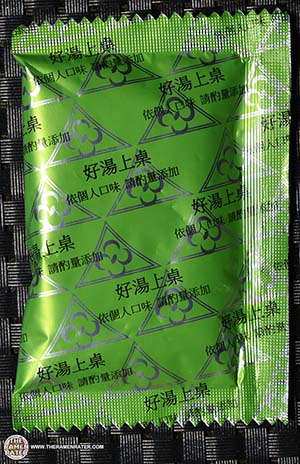 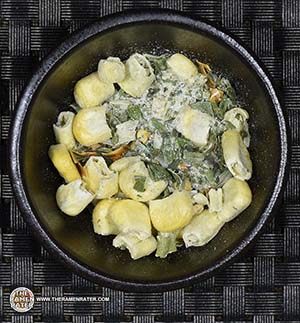 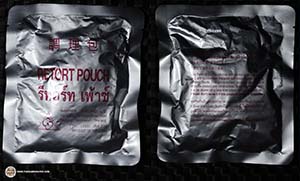 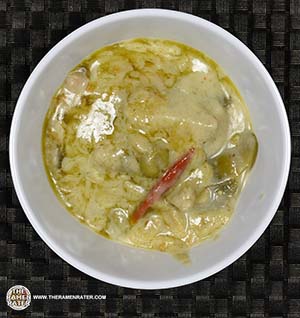 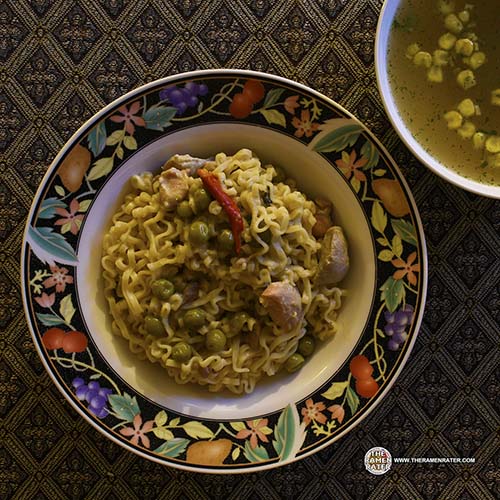 Finished (click to enlarge). To start, the noodles. As you can see, they not only flat but a little broad and thick. The had a great chew and great quality. The retort pouch held a bounty of goodness for them. Indeed, good sized chunks of chicken, peas and enjoyably spicy hot peppers meant business. Moreover, the green curry sauce tied it all together very well. The accompanying sipping soup was full of herbs as well as corn. I found myself going from the noodles to sipping the soup and back again. The only time I’ve ever seen dual-bowl varieties has been from Taiwan, and with the level of flavor and enjoyment the provide, it is a wonder the rest of the world doesn’t follow suit. Spectacular and strong. 5.0 out of 5.0 stars. EAN bar code 8852098705952.