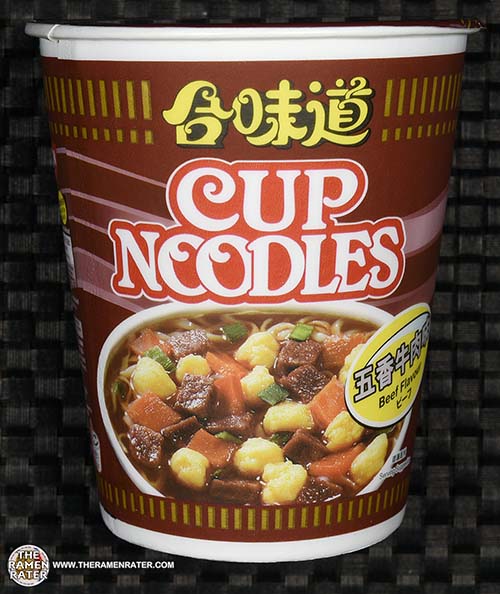 Yet again, one of the waning few left from Meet The Manufacturer: Nissin Hong Kong. Last year was the 45th anniversary of Cup Noodles! Let’s see what wikipedia has to say about the history of Cup Noodles:

Instant noodles were invented in 1958 by Momofuku Ando, the Taiwanese-born founder of the Japanese food company Nissin. He used Chikin Ramen (Chicken Ramen) as the first instant ramen noodles.

1970s
In 1970, Nissin formed the subsidiary Nissin Foods (USA) Co. Inc, to sell instant noodles in the United States. Nissin recognized that the bowls traditionally used to package instant noodles in Asia were not common in the U.S, so they used the paper cup designed by Ron R. Matteson. In 1971, they introduced instant ramen packaged in a foam cup. In 1978, Nissin Foods offers new varieties of Top Ramen and Cup O’ Noodles. The product was known as Cup O’ Noodles in the United States until 1993.[citation needed]

Today
Today, instant noodles in Japan are often sold in foam bowls, sometimes with plastic utensils. Foam bowls are inexpensive, disposable, light, and easy to hold, since they insulate heat well.
German Cup Nudeln (Spicy flavor), old packaging
Different flavors are available in other parts of the world, such as tom yum in Thailand, curry in Japan, crab in Hong Kong, and brazilian barbecue in Brazil.

In 2016 the US version was changed, reducing sodium and removing MSG and artificial flavors.

With that, let’s check out this beef variety from Hong Kong.

Detail of the side panels (click to enlarge). Contains beef. To prepare, add water to fill line and microwave at 800W for 3 minutes. Stir and enjoy! 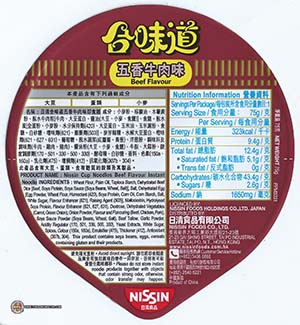 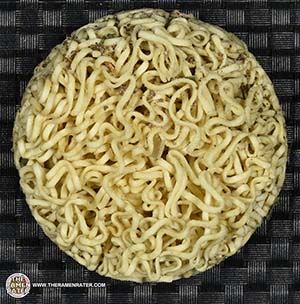 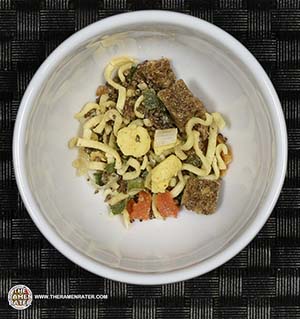 A little of the loose seasoning and solid ingredients from the cup. 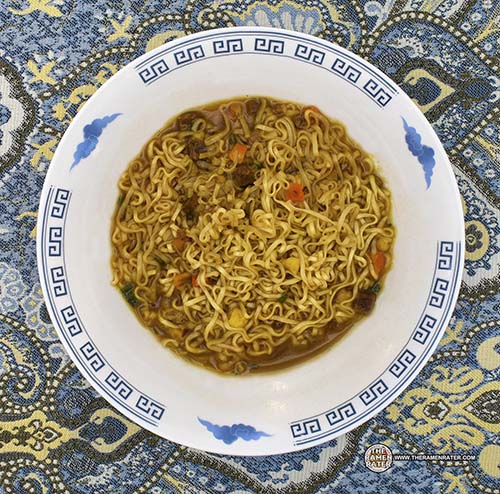 Finished (click to enlarge). The noodles come out of the microwave nicely and full hydrated. The broth was a bit salty for my liking and has a faint sweetness to it. The included bits of beef were kind of like sausage and the egg was alright. 2.5 out of 5.0 stars. EAN bar code 4897878100026.

I did this review on 2/17/2017. Yesterday, President Trump did a long, crazy press conference. It’ll probably be closer to April by the time this comes out. Curious what the whole shbang will be like at that point. This has nothing to do with Cup Noodles obviously but it should prove interesting to see.