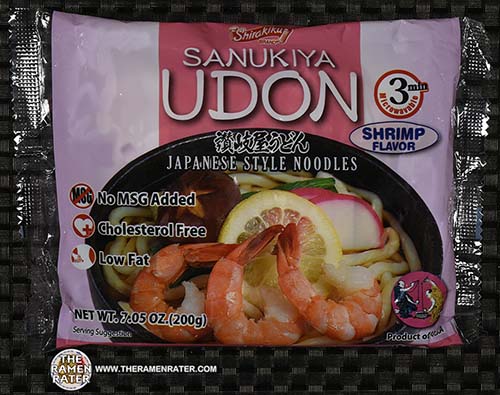 Here’s one I recently received by way of a reader named Colin from Arlington, Massachusetts – thanks again! So you might find these in either a refrigerated or non-refrigerated area at a grocery store. Indeed, I’ve always found this to be a bit of an oddity; why would it be in both places? Well first off, it doesn’t require refrigeration. However, sometimes this style of noodle is called ‘fresh noodles’ and so when you couple that with a refrigerated section, it gives it a little more premium feel. Anyways, here’s a little about udon from Wikipedia:

Udon (饂飩?, usually written as うどん) is a type of thick wheat flournoodle of Japanese cuisine. Udon is often served hot as a noodle soup in its simplest form, as kake udon, in a mildly flavoured broth called kakejiru, which is made of dashi, soy sauce, and mirin. It is usually topped with thinly chopped scallions. Other common toppings include tempura, often prawn or kakiage (a type of mixed tempura fritter), or aburaage, a type of deep-fried tofu pockets seasoned with sugar, mirin, and soy sauce. A thin slice of kamaboko, a halfmoon-shaped fish cake, is often added.

So I think we’re good here. Let’s have a look at this shrimp variety. 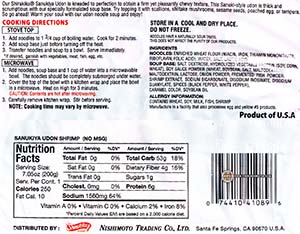 Here’s the back of the package (click to enlarge). Contains shrimp. To prepare, add noodles to 1 3/4 cups of boiling water and cook for 2 minutes. Add sachet contents at 1 minute 30 seconds. Finally, stir and enjoy! 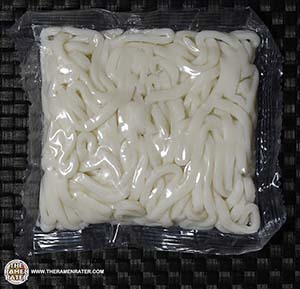 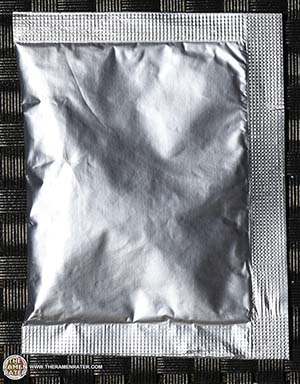 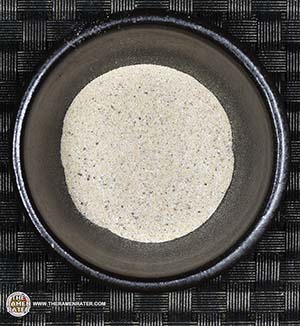 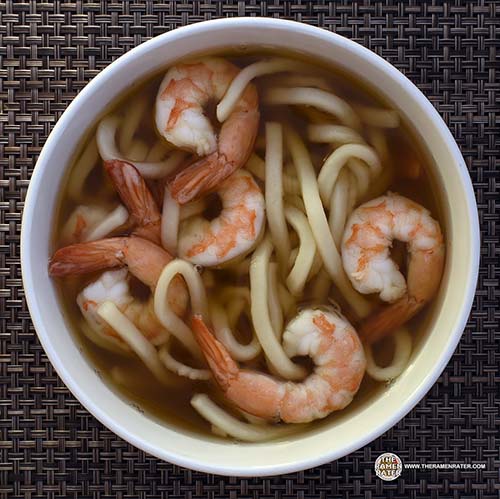 Finished (click to enlarge). Added lots of big shrimp. The udon noodles are thick and chewy. They have a fresh kind of mouthfeel are of fine quality. The broth has a kind of shrimp taste; what you’d expect from a shrimp instant noodle per se. Indeed my wife enjoyed them. 3.25 out of 5.,0 stars. UPC bar code 074410410896.

A recipe for making your own at home.