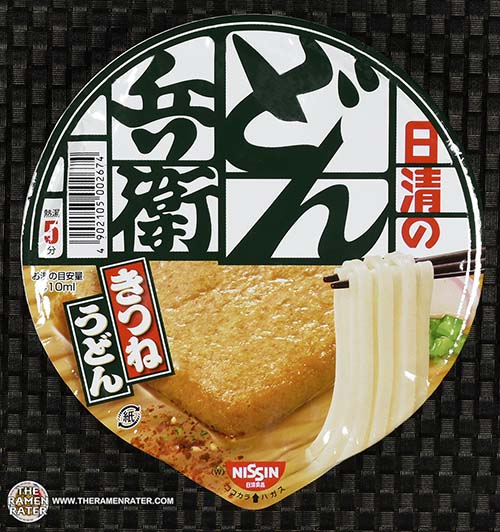 I’m happy to say that I got an email from Javier over at Box From Japan telling me that they’re back! They offer s subscription service – instant ramen bowls direct from Japan! You get 4 bowls every month! It’s pretty neat – should go check it out!

Today, we have a bowl from Nissin Japan – Kitsune udon. Let’s ask Wikipedia about it:

Udon (饂飩?, usually written as うどん) is a type of thick wheat flournoodle of Japanese cuisine. Udon is often served hot as a noodle soup in its simplest form, as kake udon, in a mildly flavoured broth called kakejiru, which is made of dashi, soy sauce, and mirin. It is usually with thin scallions. Other common toppings include tempura, often prawn or kakiage (a type of mixed tempura fritter), or aburaage, a type of deep-fried tofu pockets seasoned with sugar, mirin, and soy sauce. A thin slice of kamaboko, a halfmoon-shaped fish cake, is often added. Shichimi can be added to taste.

This is a pretty popular variety in Japan. Indeed, this is a long-lived series of products. So let’s check out Nissin’s Kitsune Udon – West-style!

Detail of the side panels (click to enlarge). Contains fish. To prepare, add sachet contents and 410ml boiling water to the bowl and cover for 5 minutes. Finally, stir and enjoy! 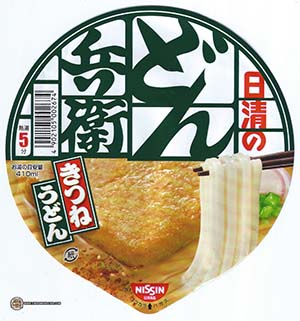 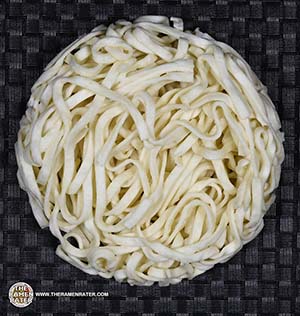 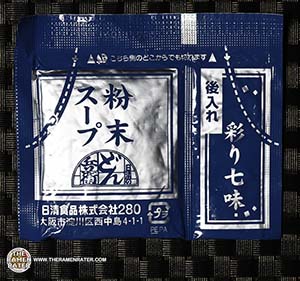 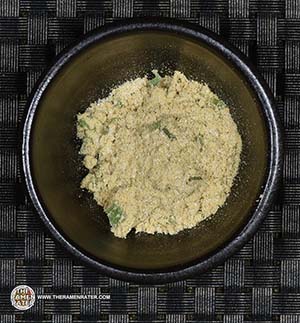 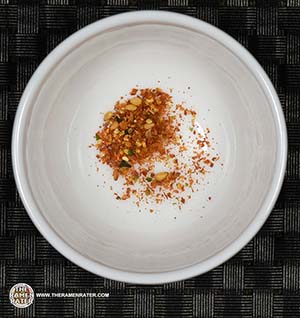 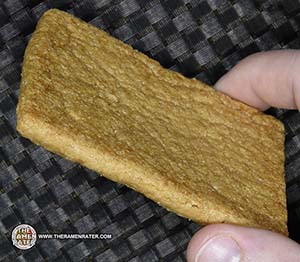 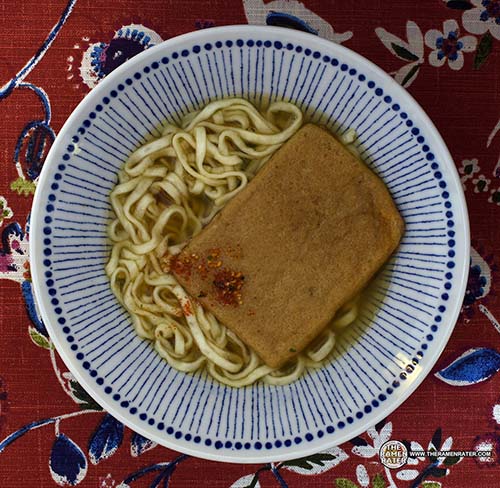 Finished (click to enlarge). The noodles sucked up a lot of liquid and were of great quanlity and character. They’re broad and very thick but flatter than other udon you might find in the refrigerated section. The broth is light and a little sweet with notes of fish. The kitsune (fried tofu) was sweet and soft. Indeed, I’ve found it to remind me of a big rectangular tongue. It’s good and compliments the soup and noodles perfectly. The little sprinkle of shichimi togarashi was nice. I can see why this is a popular bowl in Japan. 5.0 out of 5.0 stars.  JAN bar code 4902105002674.