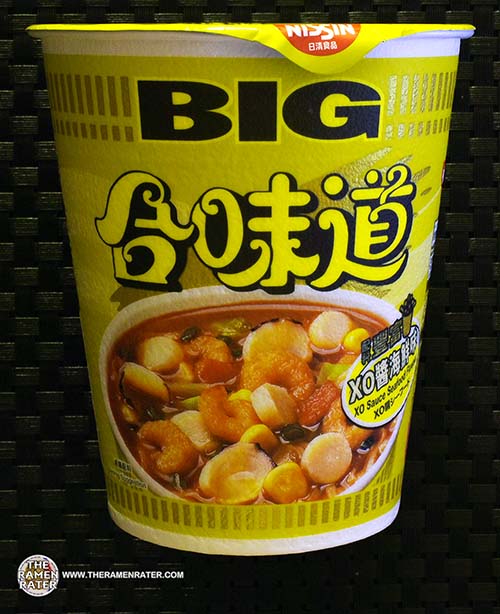 Here’s another left over from the Nissin Hong Kong Meet The Manufacturer. Here’s a little about XO sauce from Wikpedia –

XO sauce is a spicy seafood sauce that originated from Hong Kong.[1] It is commonly used most in southern Chinese regions like Guangdong province.

Developed in the 1980s in Hong Kong for Cantonese cuisine, XO sauce is made of roughly chopped dried seafoods, including scallops, dried fish and shrimp, and subsequently cooked with chili peppers, onions, and garlic. This dried seafood-based sauce bears similarity to the Fujianese Shacha sauce. Spring Moon, the Peninsula Hong Kong‘s Chinese restaurant, often gets credit for the invention of XO sauce, although others claim the sauce’s origin in the urban area of Kowloon.[2]

The name XO sauce comes from fine XO (extra-old) cognac, which is a popular Western liquor in Hong Kong and thought by many to be a chic product there. In addition, the term XO is often in the popular culture of Hong Kong to denote high quality, prestige and luxury. In fact, XO sauce has been marketed in the same manner as the French liquor, using packaging of similar colour schemes.[3]

You might notice that the picture of the cup here is a little different. I found a way to take picture in low light and up the exposure recently – review #2349 was the first featuring this, and it’s seemed to work out pretty good so far. Update – on second thought, the colors just get funky so that’s that. Let’s check out this massive seafood cup!

Detail of the side panels (click to enlarge). Contains seafood. To prepare, add water to fill line and microwave at 800W for 4 minutes (for different wattage microwaves, use this tool to calculate for your model). Stir and enjoy! 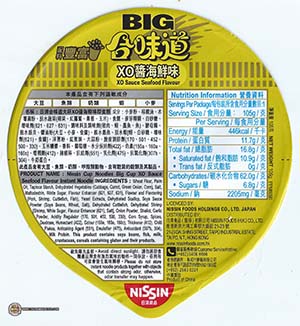 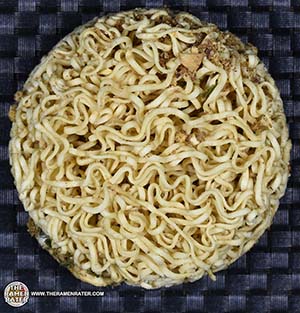 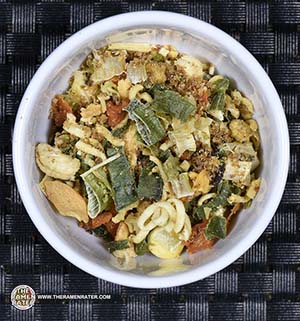 Some of the loose garnish and seasoning from the cup. 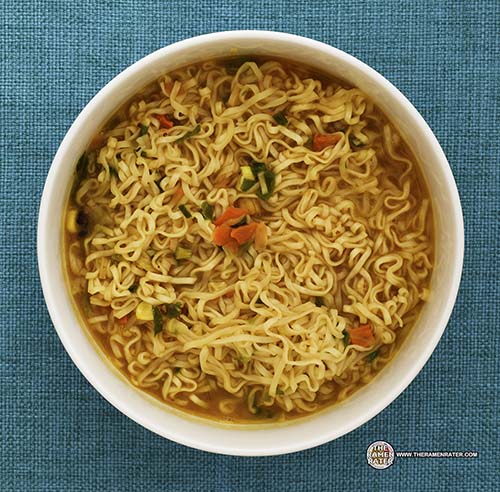 Finished (click to enlarge). There’s a whole lot of noodles in this one and they come out of the microwave piping hot. They’re soft and tasty. The broth has a very nice seafood and pork characteristic with a little sweetness. There’s shrimp, bits of pork and lots of other bits in there which round things out very nicely. 4.0 out of 5.0 stars. EAN bar code 4897878630080.

A rad commercial from the past year.