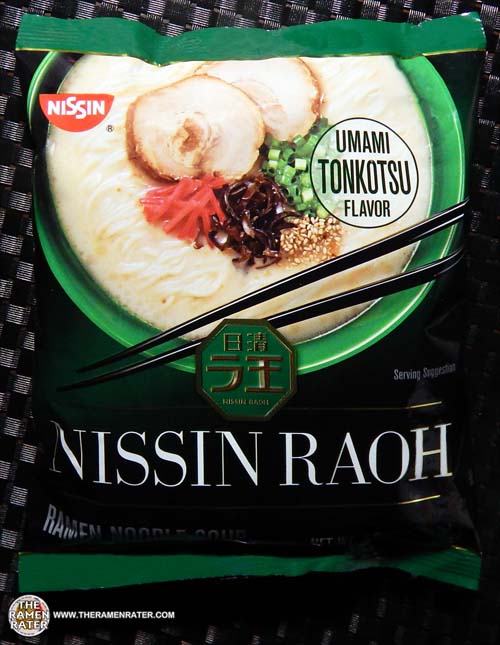 I got some new samples from Nissin USA a few weeks ago (thank you!) of some varieties of Nissin’s Raoh from Japan that are now available in the USA. Raoh (meaning King( is a premium line. At this point, you can only get them on Amazon. Not sure if that will change though. So Umami. This is something interesting – first, let’s have a look at what wikipedia has to say about umami –

Umami was first scientifically identified in 1908 by Kikunae Ikeda,[17] a professor of the Tokyo Imperial University. He found that glutamate was responsible for the palatability of the broth from kombu seaweed. He noticed that the taste of kombudashi was distinct from sweet, sour, bitter and salty and named it umami.

Professor Shintaro Kodama, a disciple of Ikeda, discovered in 1913 that dried bonito flakes contained another umami substance.[18] This was the ribonucleotide IMP. In 1957, Akira Kuninaka realized that the ribonucleotide GMP present in shiitake mushrooms also conferred the umami taste.[19] One of Kuninaka’s most important discoveries was the synergistic effect between ribonucleotides and glutamate. When foods rich in glutamate are combined with ingredients that have ribonucleotides, the resulting taste intensity is higher than the individual ingredients.

This synergy of umami explains various classical food pairings, starting with why Japanese make dashi with kombu seaweed and dried bonito flakes, and continuing with various other dishes: the Chinese add Chinese leek andChinese cabbage to chicken soup, as in the similar Scottish dish of cock-a-leekie soup, and Italian-Americans combine Parmesan cheese on tomato sauce with mushrooms.

Umami basically means savory, but it is more than that. Glutamates naturally occur in many foods like meats – things high in protein. The concept of being satiated and ‘umami receptors’ in the body exists now. Umami led to the invention of monosodium glutamate as well! Now for tonkotsu – again to wikipedia:

Tonkotsu (豚骨, “pork bone”; not to be confused with tonkatsu) ramen usually has a cloudy white colored broth. It is similar to the Chinese baitang (白湯) and has a thick broth made from boiling pork bones, fat, and collagen over high heat for many hours, which suffuses the broth with a hearty pork flavor and a creamy consistency that rivals milk, melted butter or gravy (depending on the shop). Most shops, but not all, blend this pork broth with a small amount of chicken and vegetable stock and/or soy sauce. The noodles are thin and straight, and it is often served with beni shoga (pickled ginger). In recent years the latest trend in tonkotsu toppings ismāyu (sesame oil), a blackish, aromatic oil made from either charred crushed garlic or Sesame seeds. It is a specialty of Kyushu, particularly Hakata-ku, Fukuoka (hence sometimes called “Hakata ramen”).

Got it? Alright – on with the show! Let’s check out Nissin Raoh! 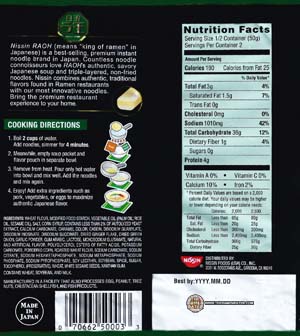 Here’s the back of the package (click to enlarge). Looks to be meat free but check for yourself. To prepare, boil 2 cups of water and add noodles. Cook for 4 minutes. Meanwhile, put contents of sachet into a bowl. Add the water the noodles cooked in into the bowl and combine with the paste. Add in noodles. Enjoy! 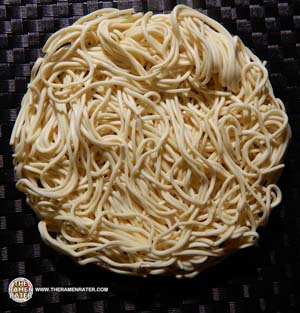 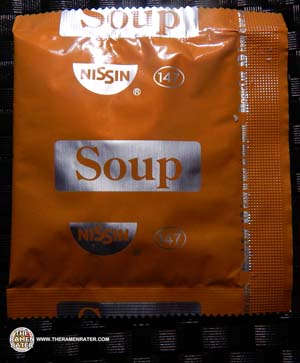 A dry soup base sachet. 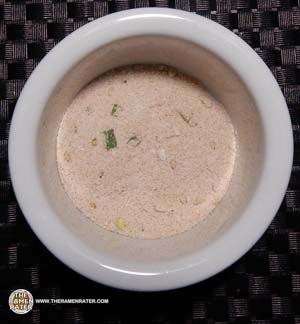 Has a sweet scent. 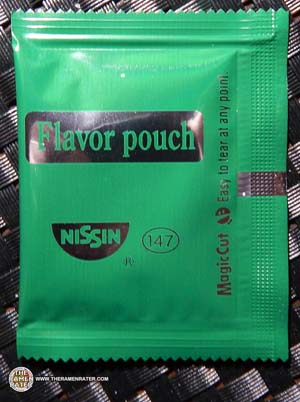 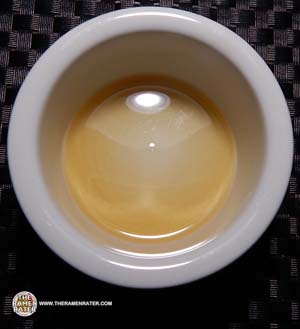 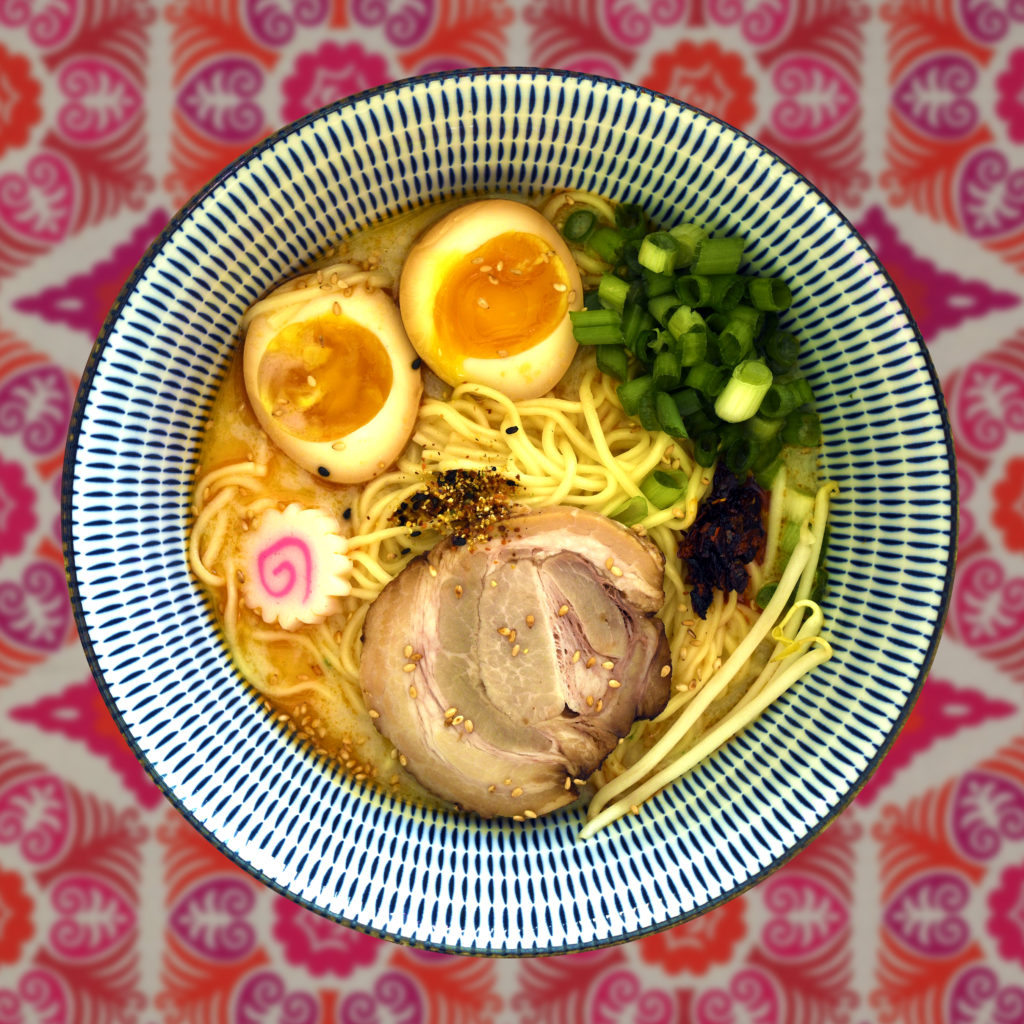 Finished (click to enlarge). Added hard boiled egg, ito togarashi, spring onion and pork. The noodles are very nice in these – good chew and gauge – very premium. The broth was a luscious mess of wonderful – creamy and very hearty. A very tasty treat – and even though it doesn’t contain pork, it’s a really decent tonkotsu. 5.0 out of 5.0 stars. UPC bar code 070662500033.