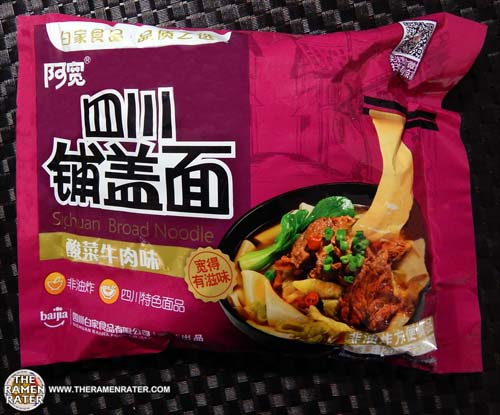 It’s always awesome when I go to the store with my poor vision and my wife sees something and asks me if I’ve tried it. Sure enough, this was one of those occasions. I recently had the Sichuan Baijia Artificial Spicy Fei Chang a couple of weeks ago – it had been on my bottom ten list for years and really kind of one of the main reasons I wasn’t reviewing Baijia stuff so much. After not trying it in 5 years, I found that my tastebuds had done a bit of a metamorphosis. Where I found this more traditional Chinese flavor horrible before, I found it much more to my liking. So now at the store, I’m looking at Baijia in a different way. Today, I’ll try something I’ve not seen before – a broad noodle. I’ve seen broad noodles before, but not this broad – you’ll see what I mean. I want to thank Bobby Y. for helping me decipher the cooking instructions. 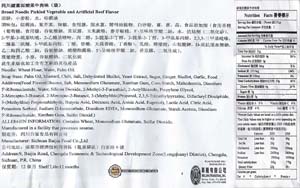 Distributor’s stickers (click to enlarge). Looks to be meat free but check for yourself. 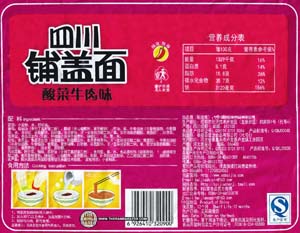 Here’s the back of the package (click to enlarge). To prepare, add noodle block and vegetable sachet to 600ml boiling water and steep for 5 minutes. Drain. Add in contents of other sachets and stir. Enjoy! 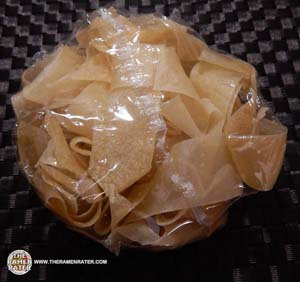 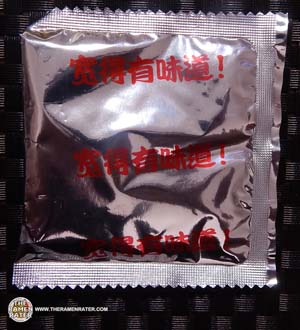 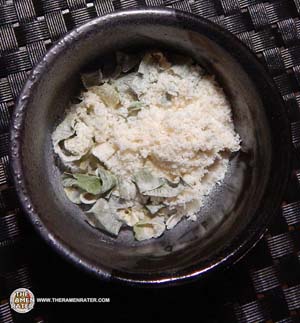 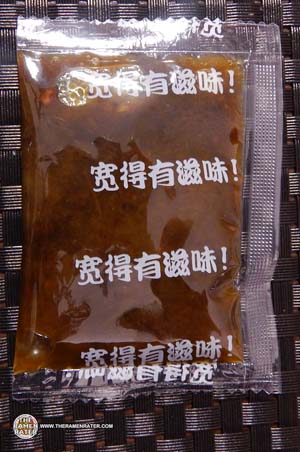 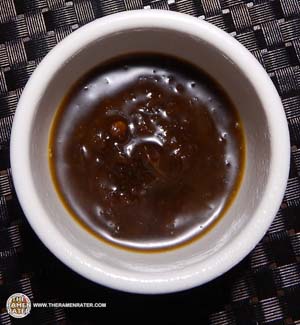 Has a slight black vinegar scent along with a beef scent. 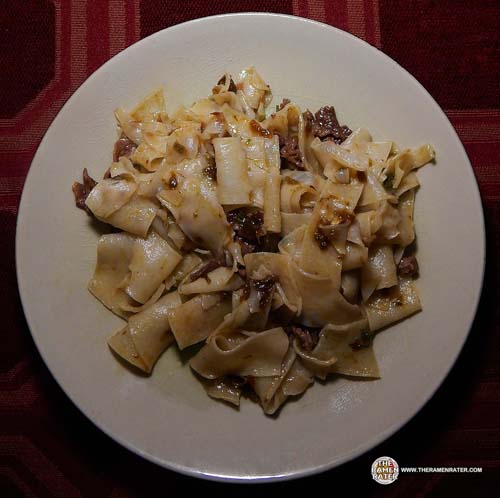 Finished (click to enlarge). Added some beef. The broad noodles hydrated very well. They have a good chew to them and were easily navigable. Good quantity too. The flavor was hideous. I am thoroughly bummed about this, too. The saltiness was off the charts – inedible! I also noticed that the sodium contents was 3,120mg according to the package – 155% of daily value. Yikes. It hurt to eat. 0.0 out of 5.0 stars. EAN bar code 6926410320900.

A corporate video from Sichuan Baijia.