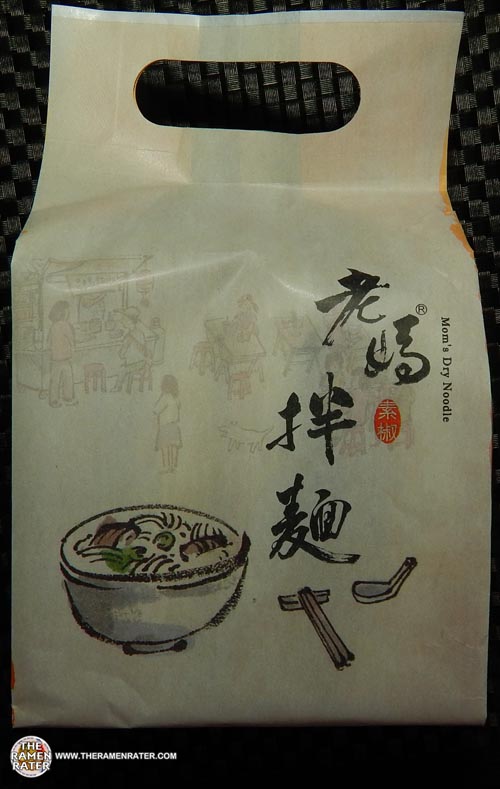 Today’s a very big day for people living in Asia as well as the rest of the world! It’s Chinese New Year! I thought today would be a good day to have this new Mom’s Dry Noodle from Taiwan. I have the honor of taking part in a special Chinese New Year gathering in Seattle this year with a Singaporean group! I’ll be posting about that on Sunday. For those of you unfamiliar with Chinese New Year, here’s a little about it from Wikipedia:

Chinese New Year is centuries old and gains significance because of several myths and traditions. Traditionally, the festival was a time to honour deities as well as ancestors.[2] Chinese New Year is celebrated in countries and territories with significant Chinese populations, including Mainland China, Hong Kong,[3] Macau, Taiwan, Singapore,[4] Thailand, Indonesia, Malaysia, Mauritius,[5] Philippines,[6][7] and also in Chinatowns elsewhere. Chinese New Year is considered a major holiday for the Chinese and has had influence on the lunar new year celebrations of its geographic neighbours.

Within China, regional customs and traditions concerning the celebration of the Chinese New Year vary widely. Often, the evening preceding Chinese New Year’s Day is an occasion for Chinese families to gather for the annual reunion dinner. It is also traditional for every family to thoroughly cleanse the house, in order to sweep away any ill-fortune and to make way for good incoming luck. Windows and doors will be decorated with red color paper-cuts and couplets with popular themes of “good fortune” or “happiness”, “wealth”, and “longevity.” Other activities include lighting firecrackers and giving money in red paper envelopes.

As you can see, this is a very big celebration the world over. 福壽雙全! Let’s have a look at this Taiwanese noodle from the company that won The Ramen Rater’s Top Ten Taiwanese Instant Noodles 2014 Edition. 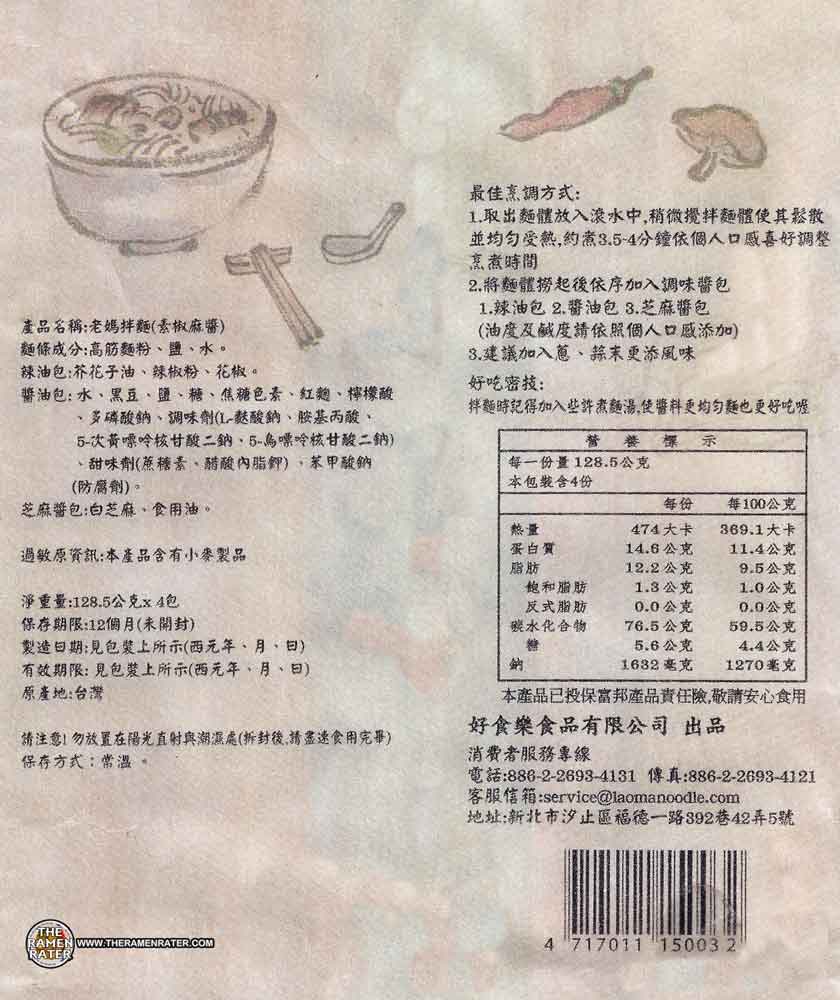 Here’s the back of the package (click image to enlarge). Vegan friendly. To prepare, add noodles to a pot of boiling water and cook for 4 1/2 minutes. Drain well and add in sachet contents and stir until combined. Enjoy! 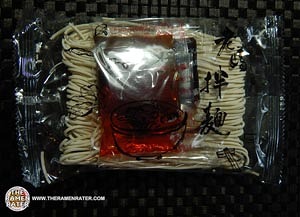 Four of these transparent packs are contained in the bag. 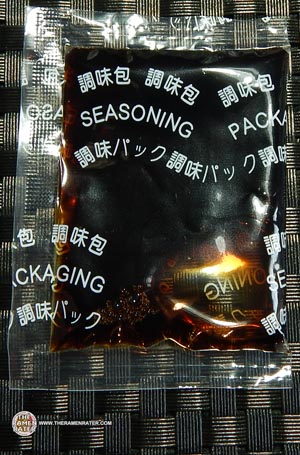 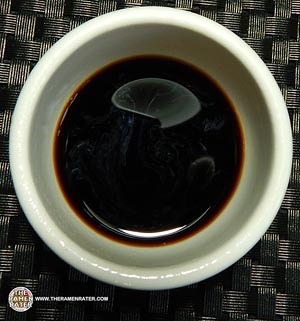 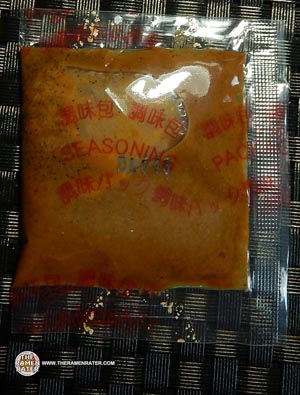 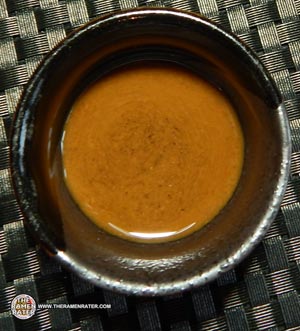 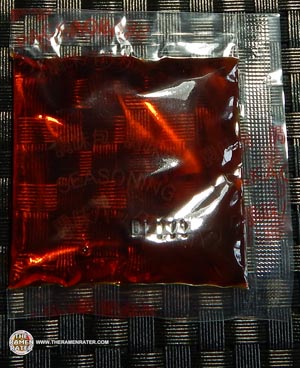 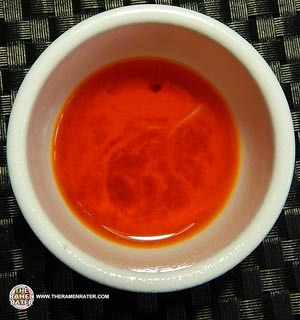 Has a very nice color to it. 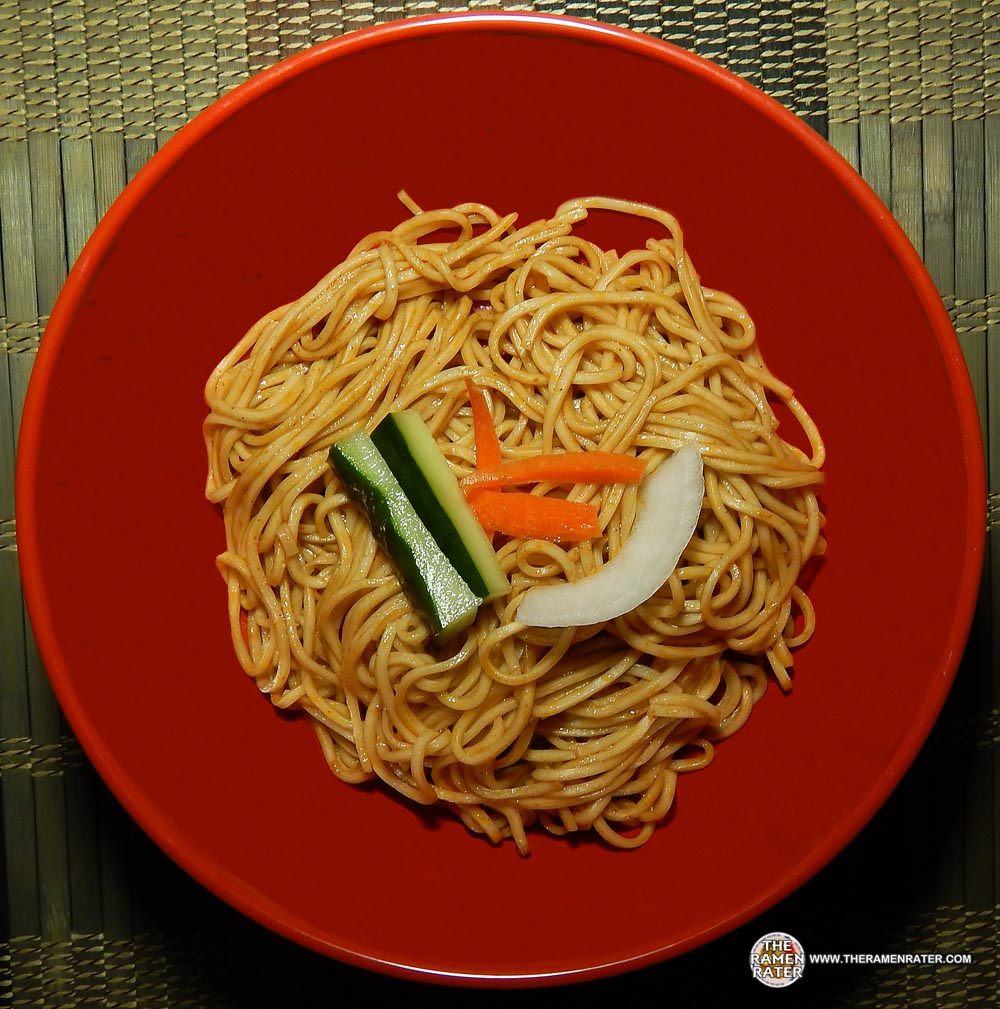 Finished (click image to enlarge). Added cucumber, carrot and onion. The noodles have a really nice chew to them – very high quality. The flavor is really neat – it first presentas itself and a soy flavor. Then, a taste of the sesame comes in, finished by a nice spicy oil hit that is nice and strong. Again, Mom’s Dry Noodle brings something very nice to the table. 5.0 out of 5.0 stars. EAN bar code 4717011150032.