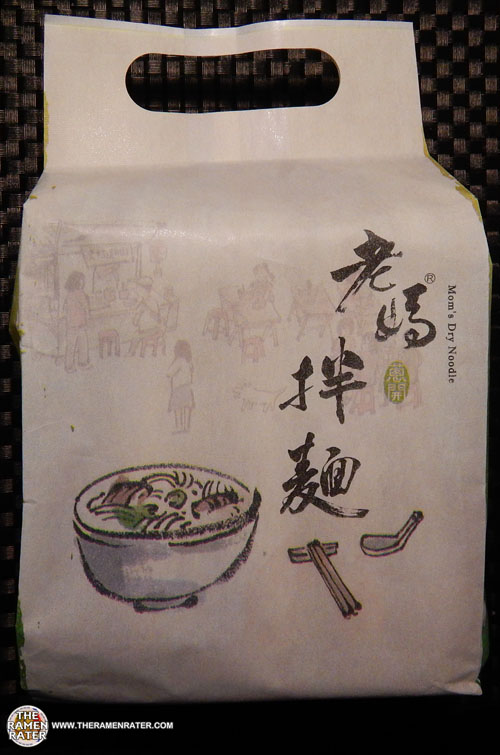 I was contacted by a fellow named Kyle from Taiwan a few weeks ago and asked if I’d like to sample his company’s noodles. Mom’s Dry Noodle? Sure, why not!  It’s pretty exciting – out trip to Malaysia in coming very soon – like in ten days we’re leaving! There’s a layover in Taipei and I’m really excited to be able to actually be in Taiwan, albeit in the transit area and only for two hours, but it’s going to be amazing! These are what they call ‘dry noodles’ over in Taiwan; they’re served without a broth. I’ve been very curious about what these would be like, and I thought I’d also test out a new kitchen gadget I got  with the garnish. 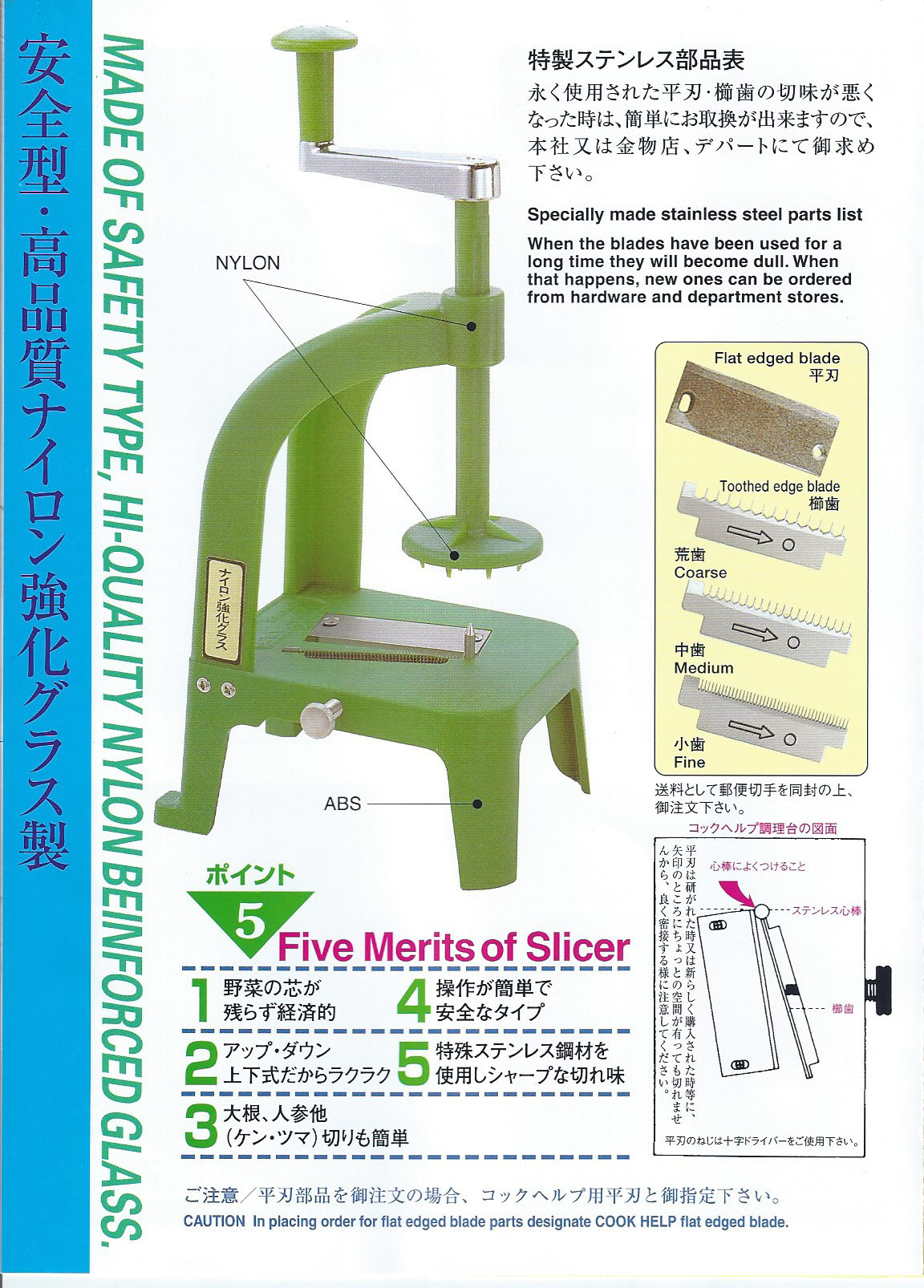 I went to a local Thai restaurant with a friend the other day called Chili Basil. Excellent food all around – but one thing I found fascinating was this extremely thin cut carrot which was a garnish for some Spring Rolls. The proprietor said it was a little Japanese machine you put a carrot in and push and turn and it comes out like that. After looking around, I found them on Amazon! It’s called the Benriner Cook Helper Slicer

. So I’ll add some in in the final picture of this new review! Let’s check out Mom’s Dry Noodle! 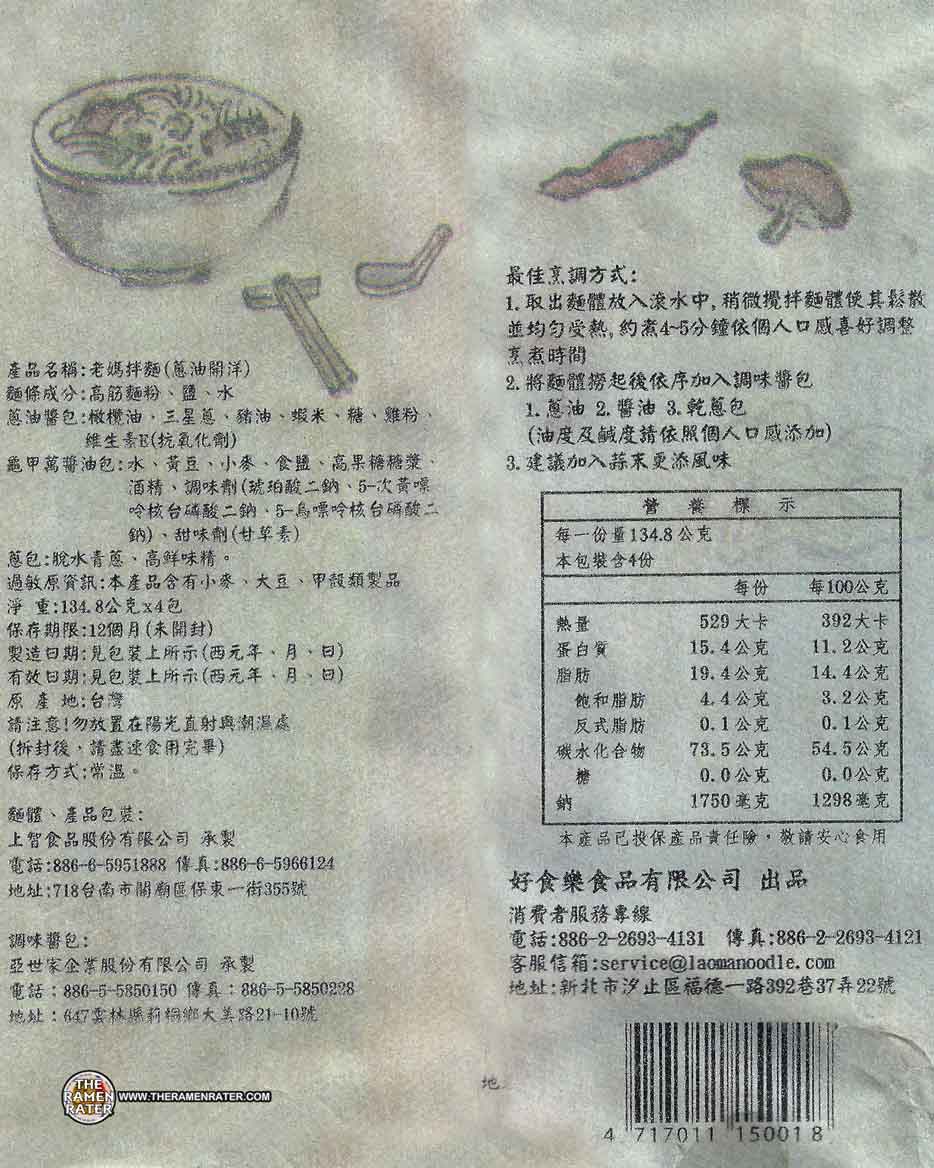 Here’s the back of the package (click image to enlarge). I was told the oil sachet is oil that was cooked for hours with shrimp and onion, so there’s shrimp in this one, albeit not in a solid form. To prepare, boil a pot of water. Add in noodle block and cook for four minutes. Drain. Add in sachet contents. Stir and enjoy! 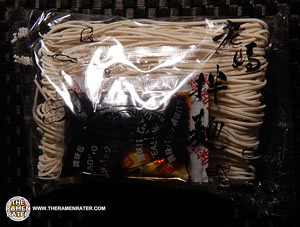 So inside the package there are four smaller packages. This is one of them. 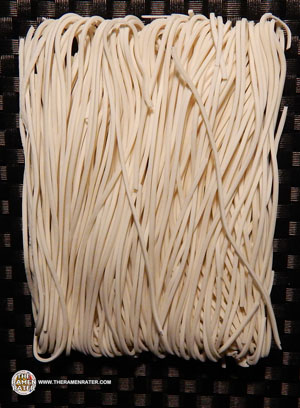 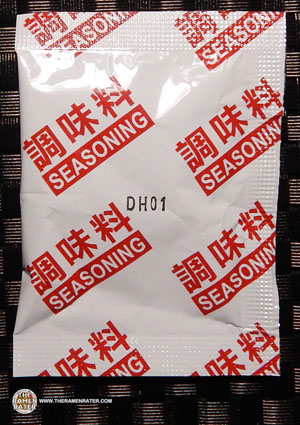 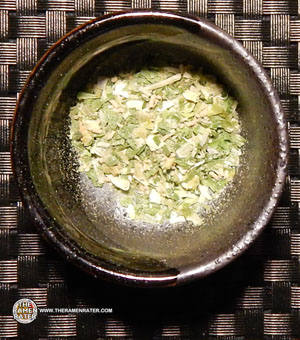 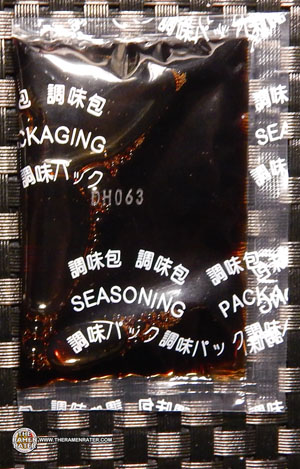 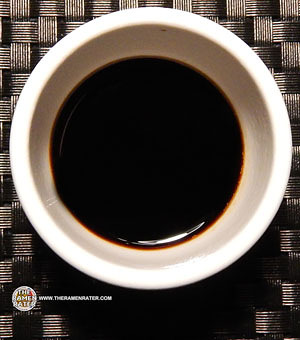 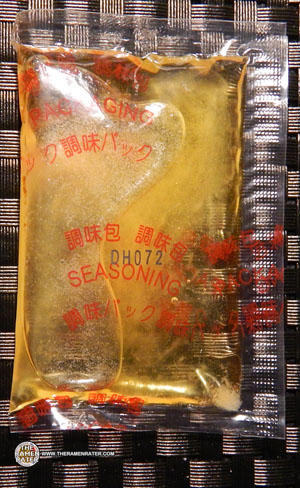 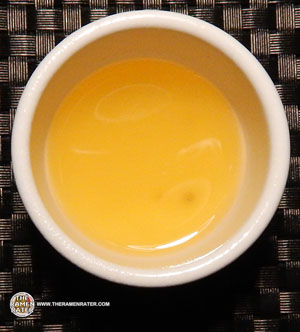 Has a nice scent to it. 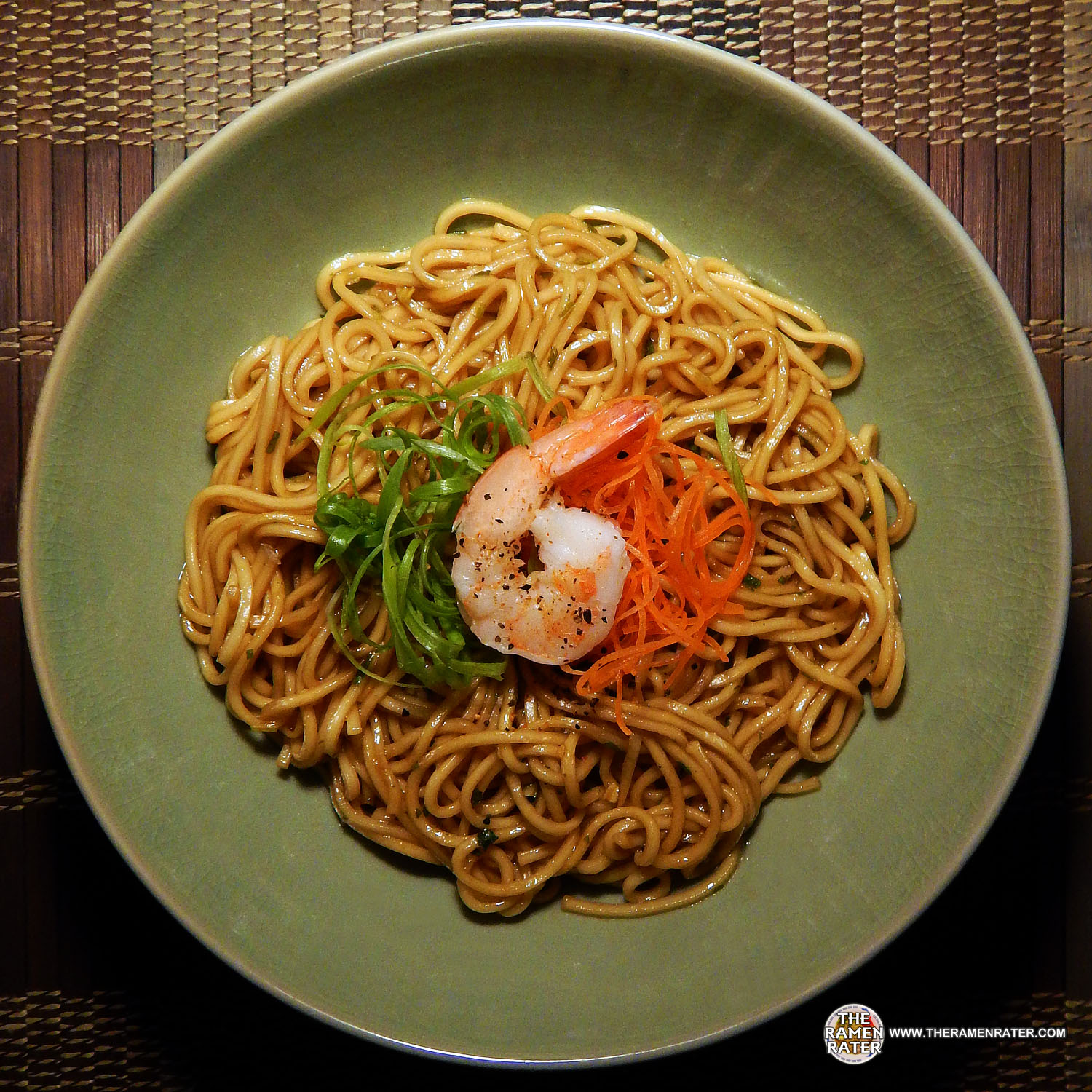 Finished (click image to enlarge). Added sliced carrot, green onion and shrimp with black pepper. The noodles have a wonderful gauge and texture and are a joy to chew. They’re really really good. The flavor is luxuriant – you can taste all of the ingredients playing off of each other – the soy sauce, the shrimp and onion oil, and the little bits of herbs. They are called ‘dry noodles,’ but the flavorings coat everything just right. Very pleased with this one.  5.0 out of 5.0 stars.EAN bar code 4717011150018.

Here’s the spicy variety for sale on Amazon!