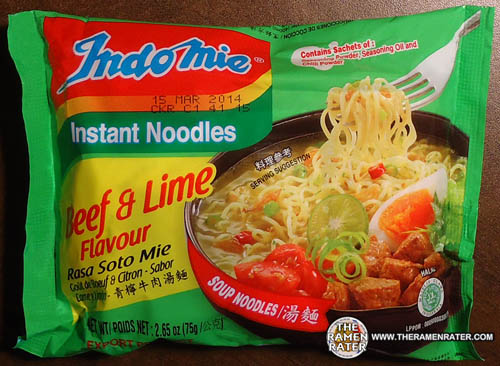 Found this the other day and hadn’t ever seen it before. Then I looked closer and saw it was Rasa Soto Mie. Now, I’ve reviewed the export version of Soto Mie before, but there’s a difference: this one’s beef and the other was chicken. Interesting! Always nice to see a new Indonesian variety available in the states! Let’s check this one out. 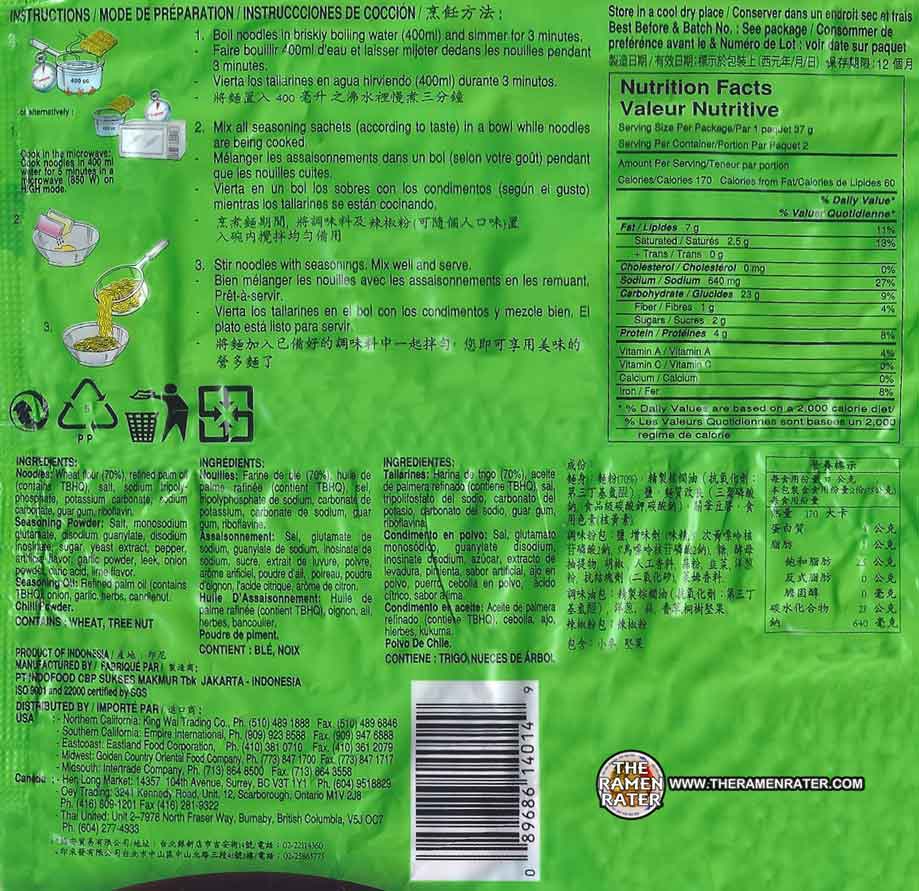 Here’s the back of the package (click image to enlarge). Looks to be meat-free. Contains wheat and tree nuts. 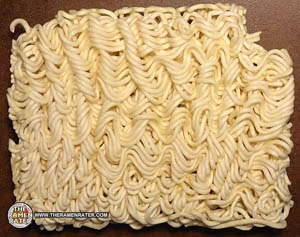 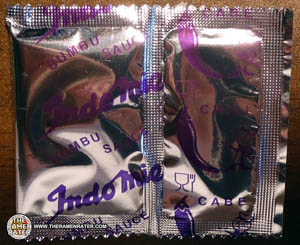 The familiar dual-packet: soup base on left, chili powder on right. 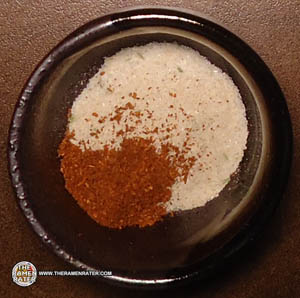 Here’s the chili powder atop the soup base. 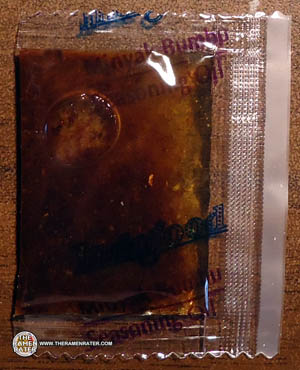 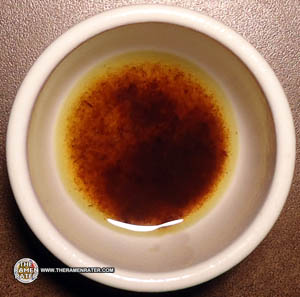 Has a nice lime scent. 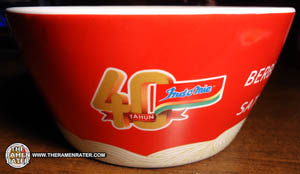 I;m going to use the bowl my friend at Indomie sent me for this one. It’s the first time I’ve used it! It’s commemorative of the 40th anniversary of Indomie and says ‘berbeda-beda satu selera’ which Google translates to ‘a different taste.’ 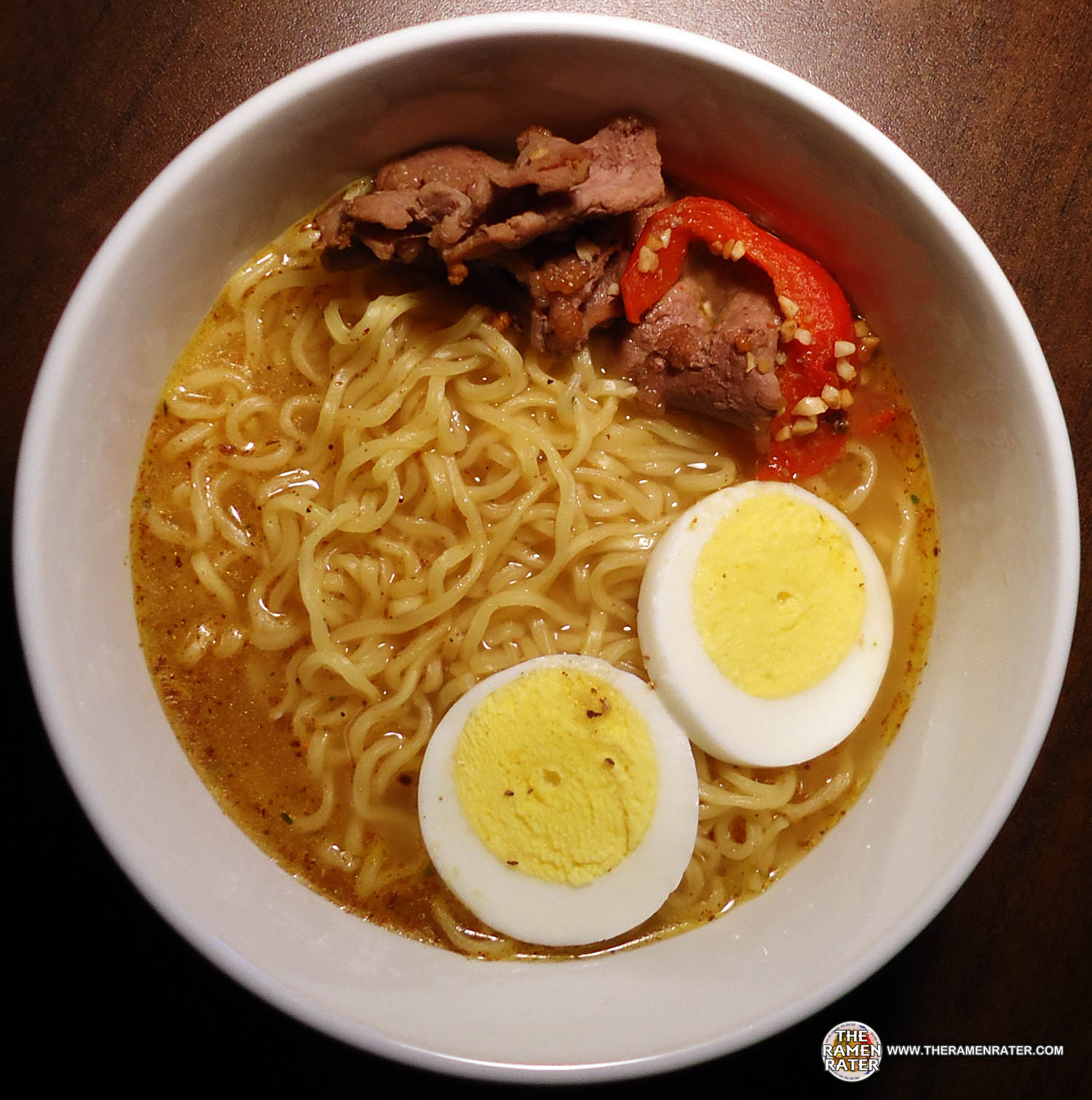 Finished (click image to enlarge). Added hard boiled egg with a little Jane’s Krazy Mixed Up Salt, some sauteed beef and red bell pepper with minced garlic and a dash of soy sauce. The noodles are great – your regular instant with a nice chew and made from wheat flour. The broth has a nice heat (from the chili powder) as well as a rich beef flavor which is nicely complimented by a lime component. 4.25 out of 5.0 stars. UPC bar code 089686140149. Get it here.

Lebaran or Idul Fitri is the popular name for Eid al-Fitr in Indonesia and is one of the major national holiday in the country. Eid al-Fitr (Arabic: عيد الفطر‎ ʻĪd al-Fiṭr, IPA: [ʕiːd al fitˤr], “festival of breaking of the fast”), also called Feast of Breaking the Fast, the Sugar Feast, Bayram (Bajram), the Sweet Festival and the Lesser Eid, is an important religious holiday celebrated by Muslims worldwide that marks the end of Ramadan, the Islamic holy month of fasting (sawm). Eid begins August 7th and end in the evening today, the 8th of August 2013.