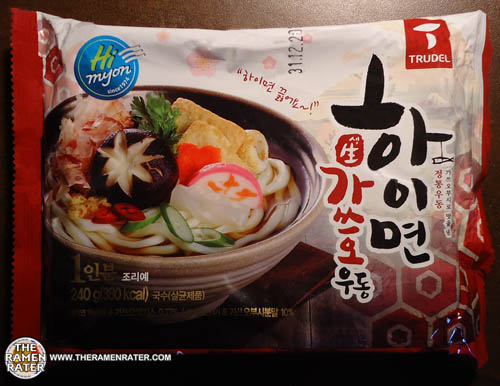 Skipjack tuna is used extensively in Japanese cuisine, where it is known as katsuo (鰹 or かつお). Besides being eaten seared (katsuo tataki, 鰹のタタキ) and raw in sushi (寿司 or すし) and sashimi (刺身 or さしみ), it is also smoked and dried to make katsuobushi（鰹節 or かつおぶし）, the central ingredient in dashi (出汁 or だし) (a common Japanese fish stock). It is also a key ingredient in katsuo no shiokara (塩辛 or しおから).

Cakalang is a flavor I’ve tried as an instant noodle from Indonesia. Let’s check this one out! 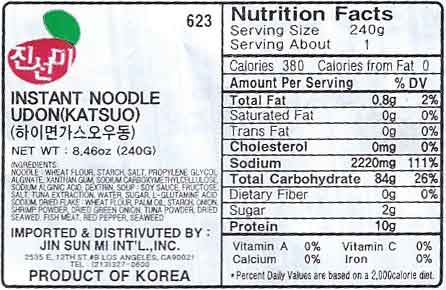 The distributor’s sticker from the back of the package (click image to enlarge). Contains fish (tuna). 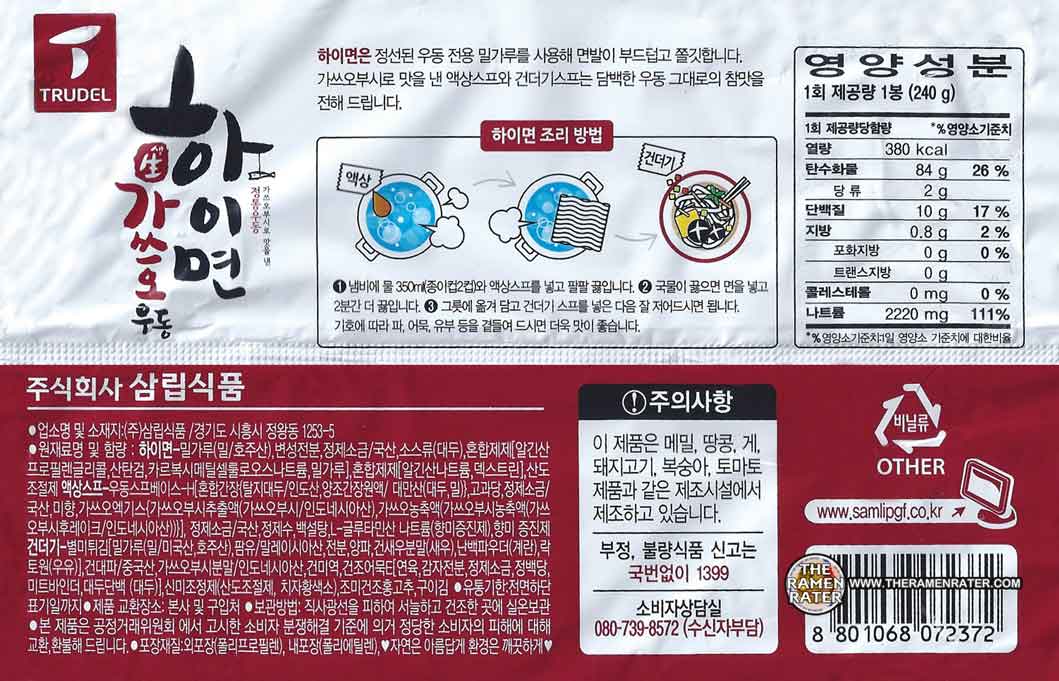 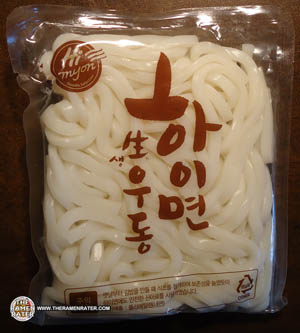 Fresh udon in a pouch. 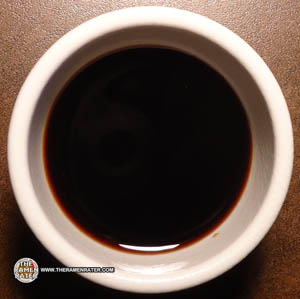 Has a salty soy scent. 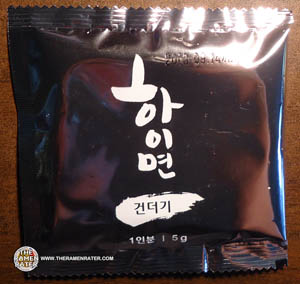 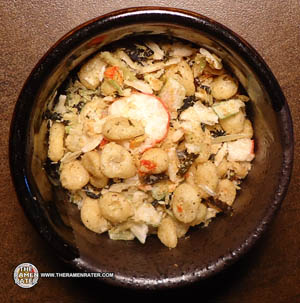 This is added as a garnish at the end. Looks like some tempura bits, veggies and dehydrated kamaboko. 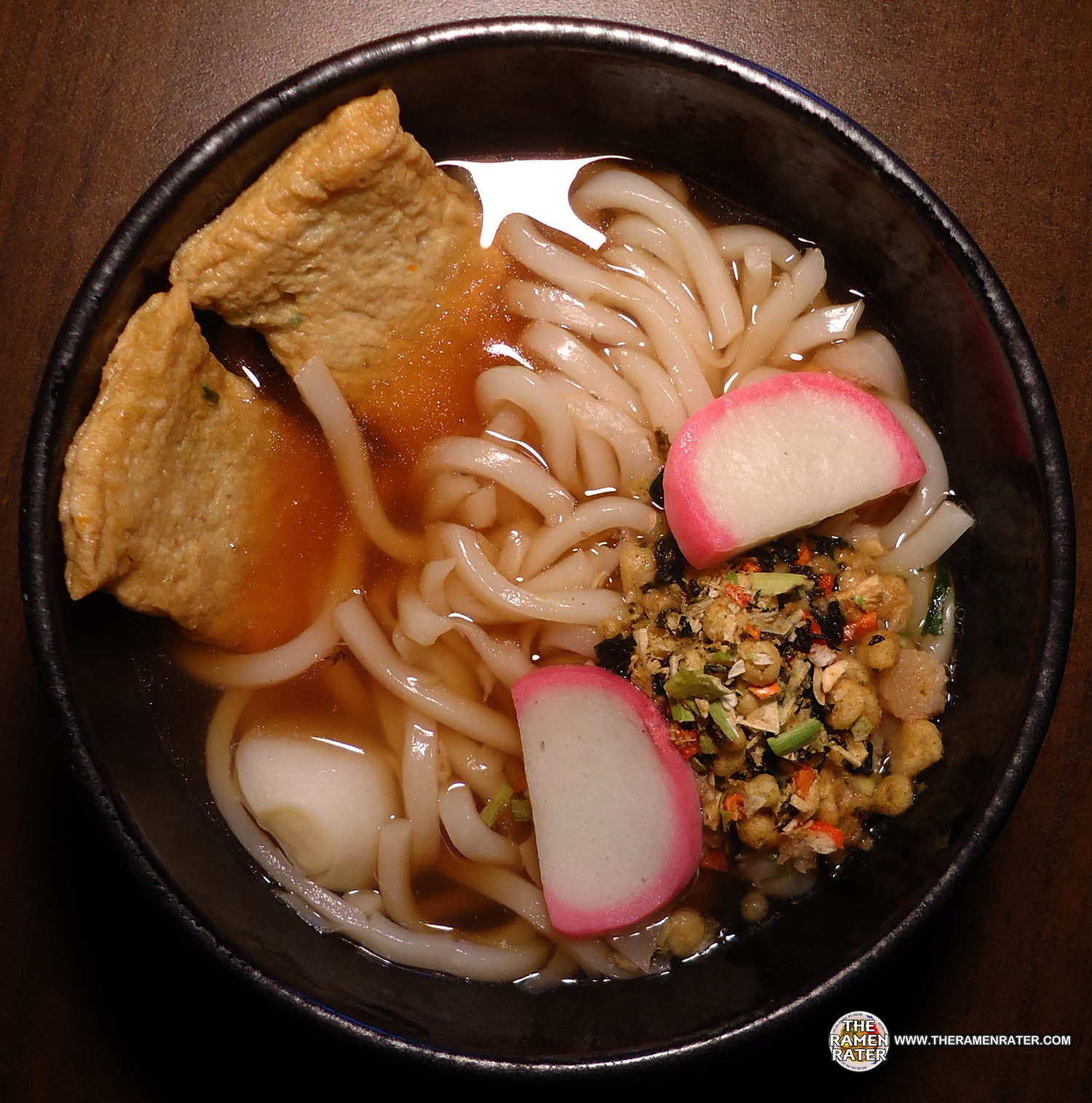 Finished (click image to enlarge). Added kamaboko, Walla Walla sweet onion and odeng. The noodles are plump and nicely chewy. The broth has a sweet soy taste along with a subtle fishiness. The garnish has a nice flavor and compliments well – kind of a smoked fish thing going on. 4.0 out of 5.0 stars. UPC bar code 8801068072372.