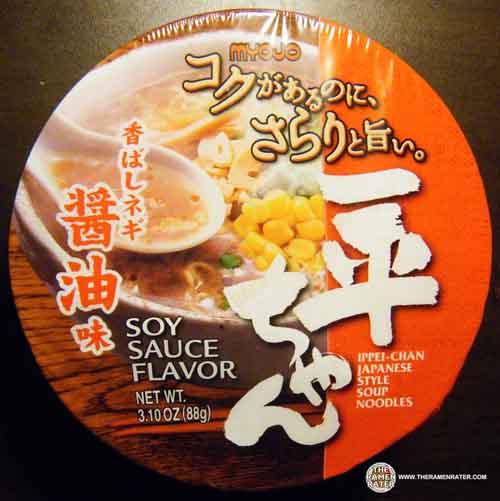 Had a hell of a day today. Tried my bus card but it didn’t beep (figured the reader was at fault) so hopped the bus. Well, the fare cops had me get off the bus and checked out my card and it was screwed up. The fare cop said don’t worry just hop back on and get a new one at the bus station. Thinking ‘hey that went well ,” a different fare cop pulls me off the bus further down the line! Ugh. Long story short, I eventually got to the bus sttion and got a new card that won’t work for 24-48 hours… But I got to and from work and now I’m home – and hungry. This sounded especially good. 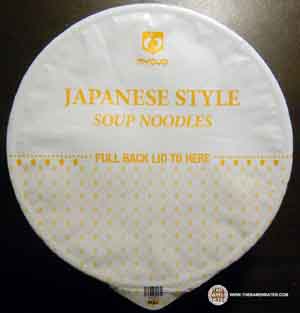 It’s so strange that the soybean paste flavor bowl looks exactly the same… How do they know which is which? 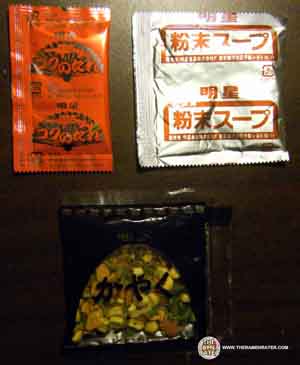 Clockwise from top left – liquid base, powder base and veggies.

Here’s the outside of the bowl – click to enlarge. 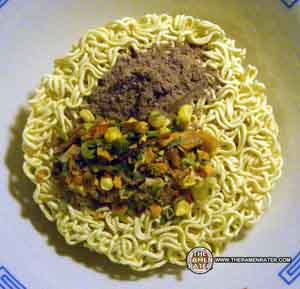 I used a toothpick to start opening the covering of this one – wanted it intact for my album. Well, I accidentally poked a hole in the bowl so instead of having a wet desk, I decided to just transplant it. 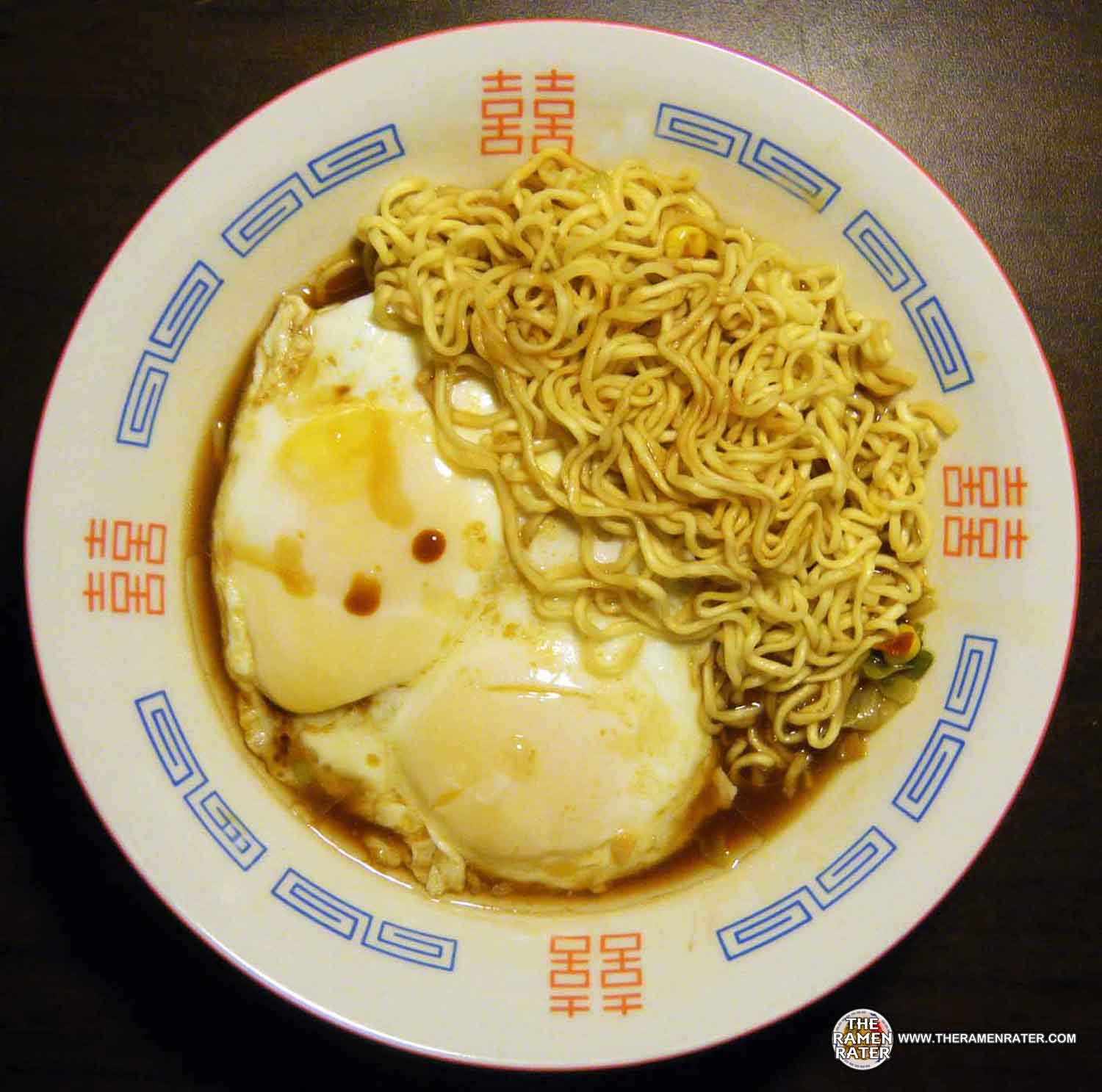 Click image to enlarge. Hey look! I added two eggs! The noodles were a tad spongy but let me tell you, this was a really good bowl of noodles. The broth was amazing – soy and spicy and veggies everywhere. By spicy also I mean I got a piece of some kind of painful pepper here and there – was like Christmas! Fun stuff. I recommend it! 4.0 out of 5.0 stars. Find it here.

The man who has everything he could ever want – including your attention. The hell with time. This guy is kind of like Kenny Powers.