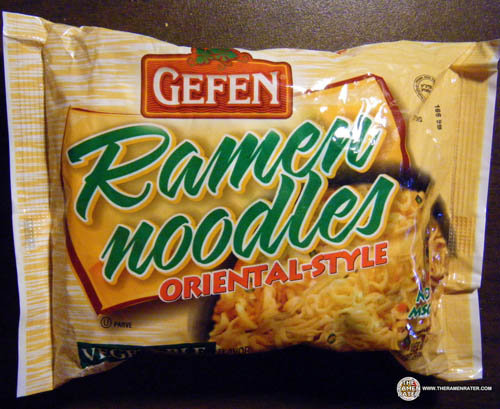 Here’s another of the kosher noodles sent to me by Michael M. of Staten Island, NY. This one’s vegetable – kind of a strange flavor. Carrot? Celery? Zucchini? Acorn squash? What kind of vegetable? It has to be something tasty… Well, let’s check it out. 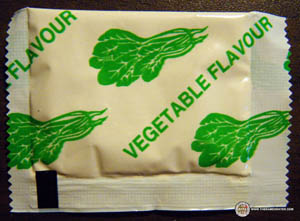 A green leafy vegetable flavor it looks to be according the the packet design. Although the chicken flavor has a packet with a blue chicken on it and chickens aren’t usually blue so my reasoning could be flawed… 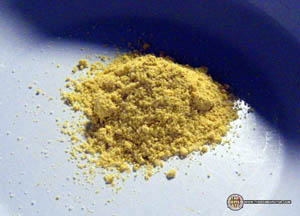 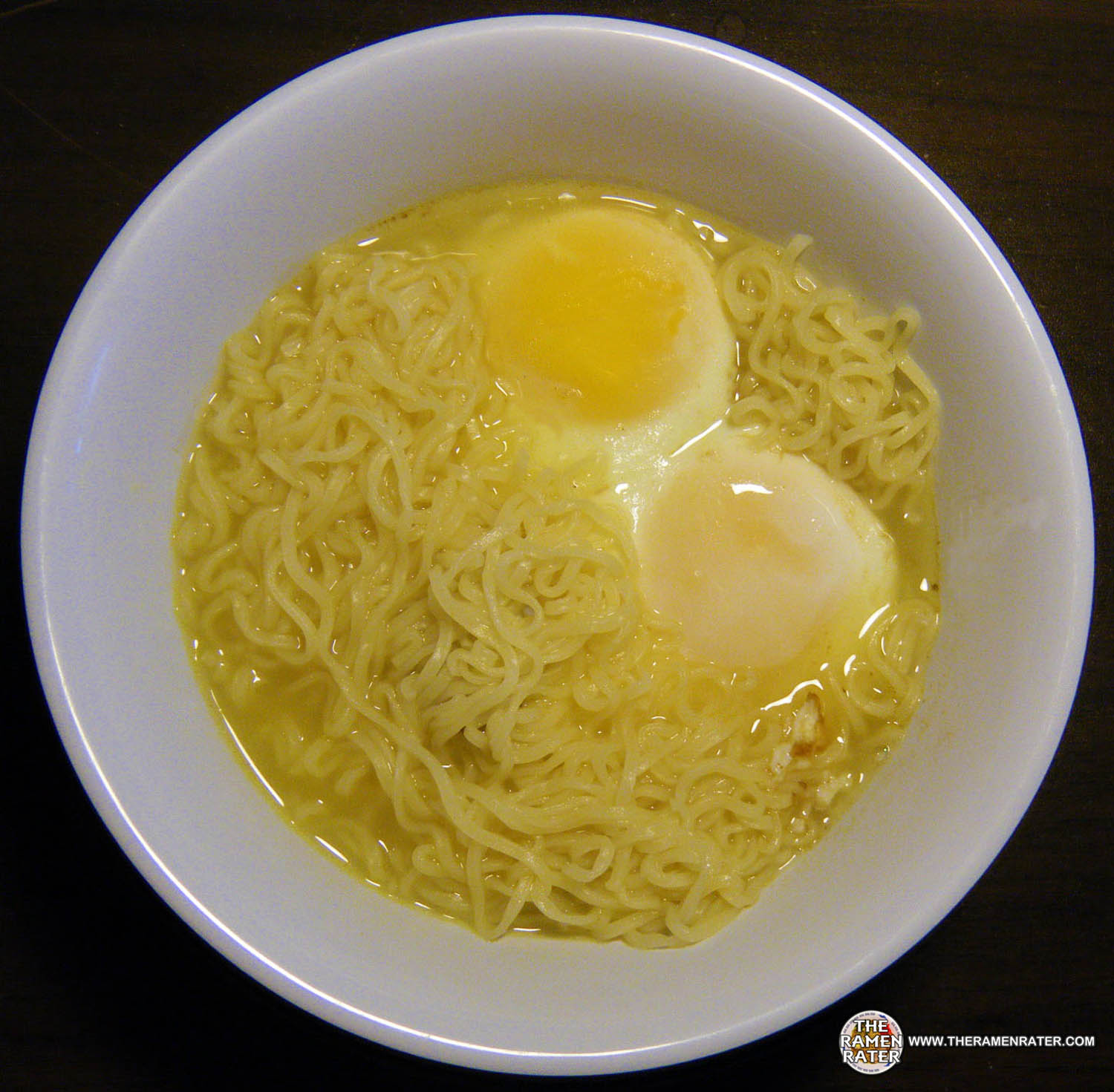 Click image to enlarge. Added two fried eggs. So Here it is all done. The noodles are decent – about what you’d expect from a domestic pack of instant noodles. The broth is nice – salty and savory. I think this would be just about perfect for a sick day as a comfort food. I liked it – was what I expected. 3.25 out of 5.0 stars. One thing to note – the vegetables are not what I expected. The ingredients list onion and shitake mushroom powder, but some of the other spices are awesome – cinnamon, star anise, fenugreek, red chili, cumin and coriander. A very nice collaboration of spices!