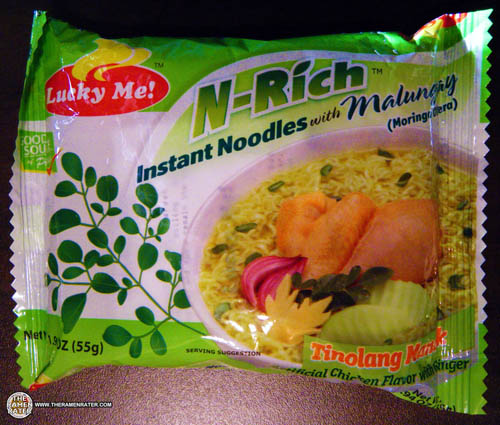 So here’s one of the smaller packs of noodles. This one’s from the Philippines and containes something called Malanggay. Here’s what is said about it on Wikipedia:

In the Philippines, the leaves are widely eaten. Bunches of leaves are available in many markets, priced below many other leaf vegetables. The leaves are most often added to a broth to make a simple and highly nutritious soup. The leaves are also sometimes used as a characteristic ingredient in tinola, a traditional chicken dish consisting of chicken in a broth, Moringa leaves, and either green papaya or another secondary vegetable. The leaves can also be processed with olive oil and salt for a pesto-like pasta sauce that has become popular on the Filipino culinary scene. 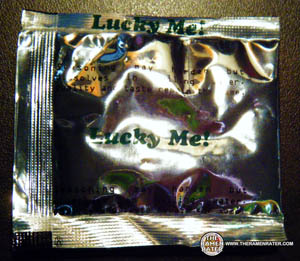 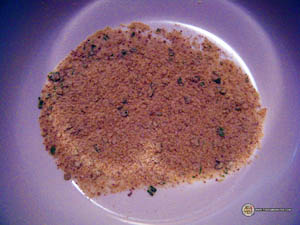 It might look like there’s a lot here, but it was a reasonable small packet and the powder is just spread out. Also this is some soupy stuff – two cups of water went with the noodle block which was small. 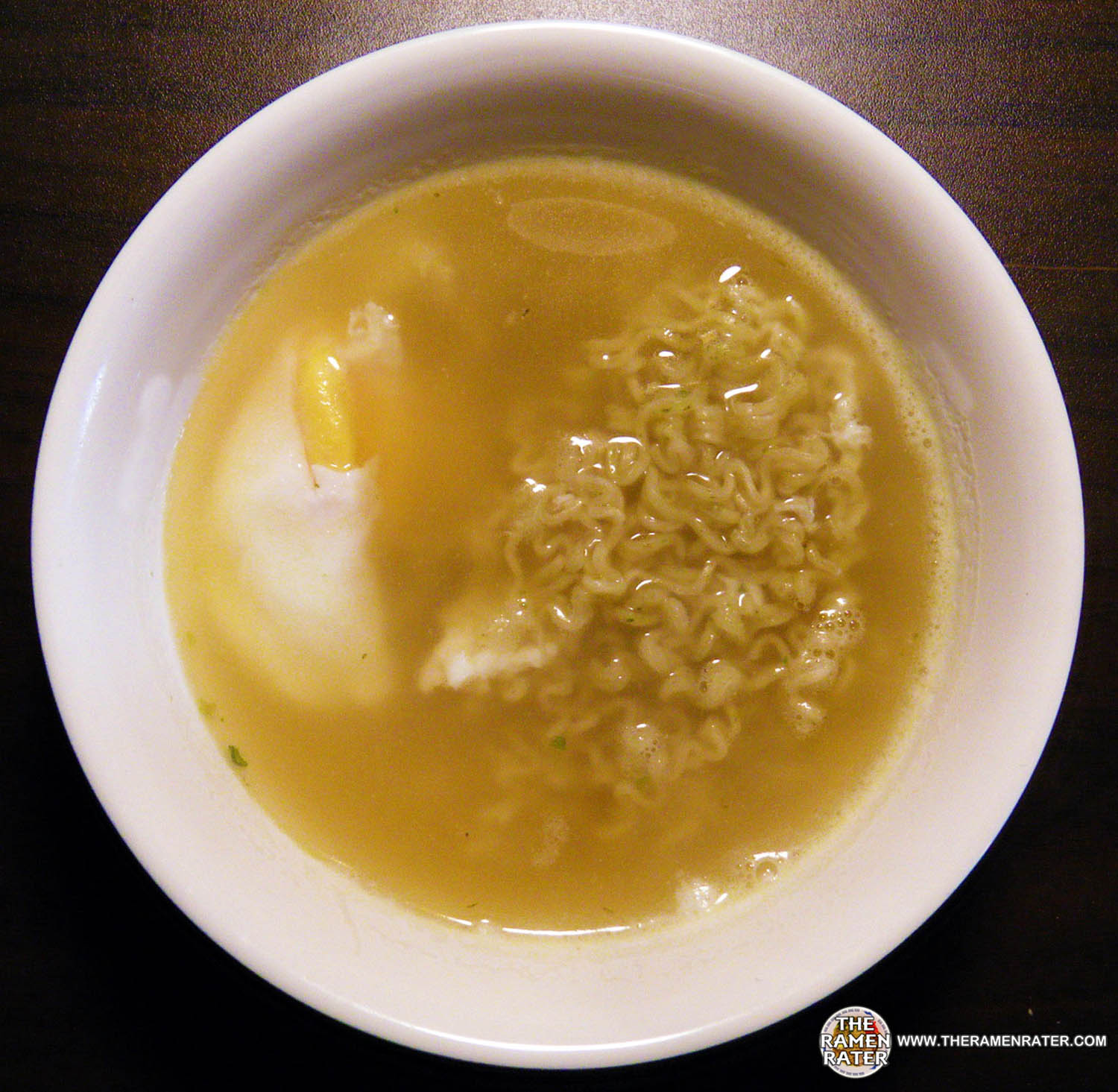 Click image to enlarge. Threw an egg in with the boiling noodles. Okay so this is like chicken ramen with just the lightest hint of ginger. I do like it, but it’s not anything to write home about in my opinion. I’m giving it 2.5 out of 5.0 stars – absolutely average, but tasty.