UPDATE! There is a new review I did of this product HERE. In this review below, I made the package incorrectly! 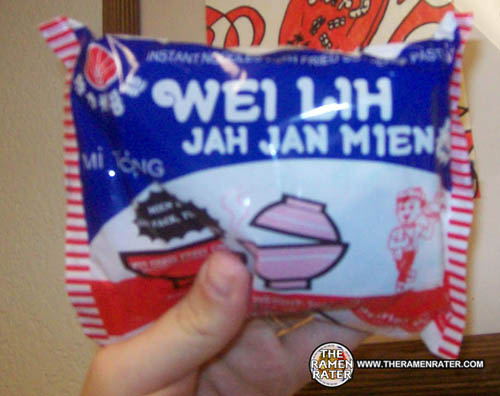 So here’s some new stuff we picked up at the 99 Ranch Market – which is within walking distance now that we’ve moved! It’s very nice to live in an area close to Asian stores! This looked rather interesting in its mundaneness as well as its industrialness… 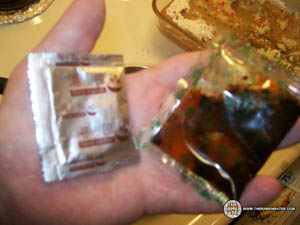 Soup base and soybean paste. 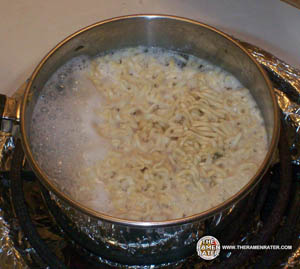 Tapioca starch was listed in the ingredients. The froth was tight and viscous. 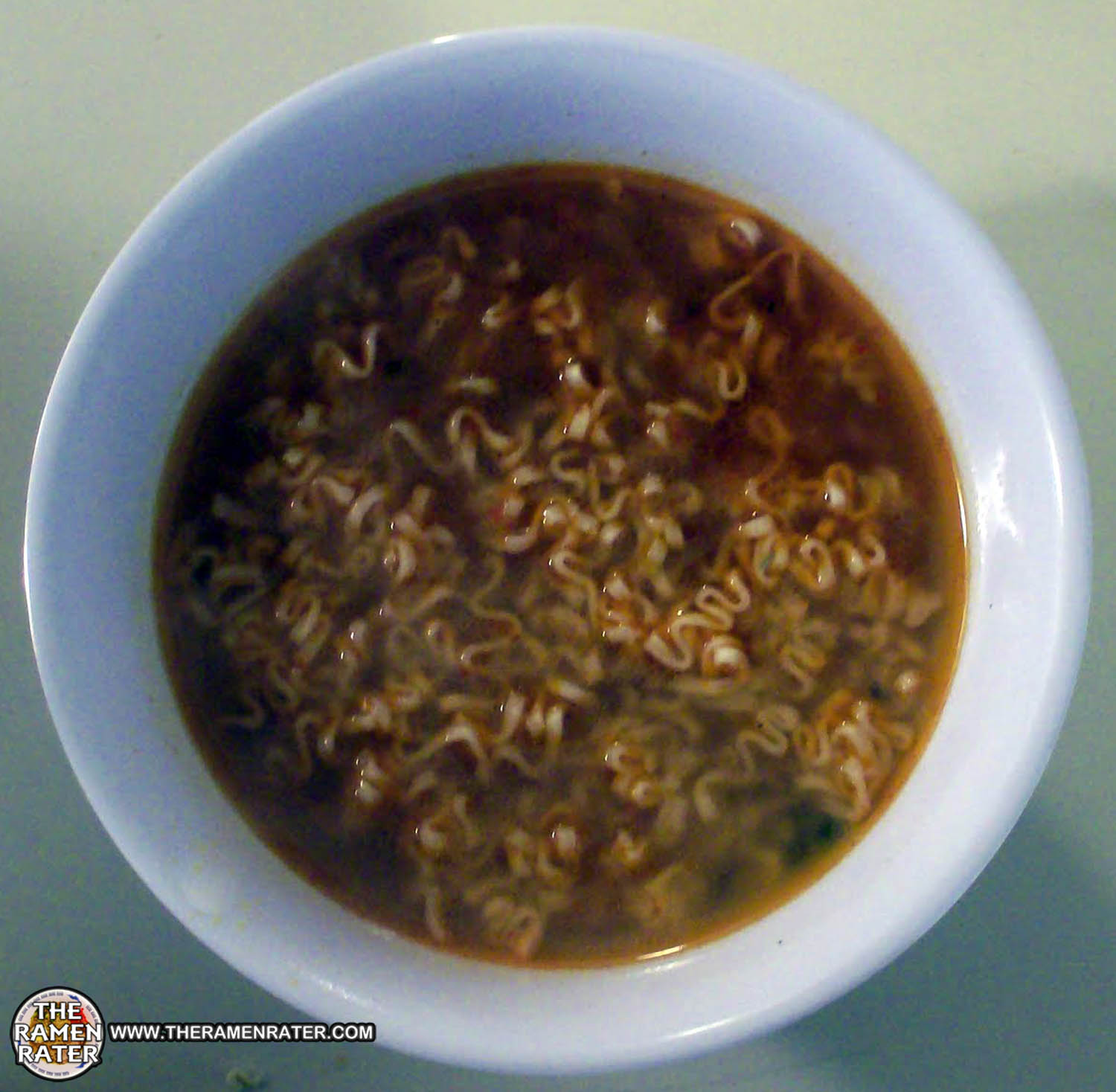 The finished product (click image to enlarge) – a rather dull looking bowl of noodles. 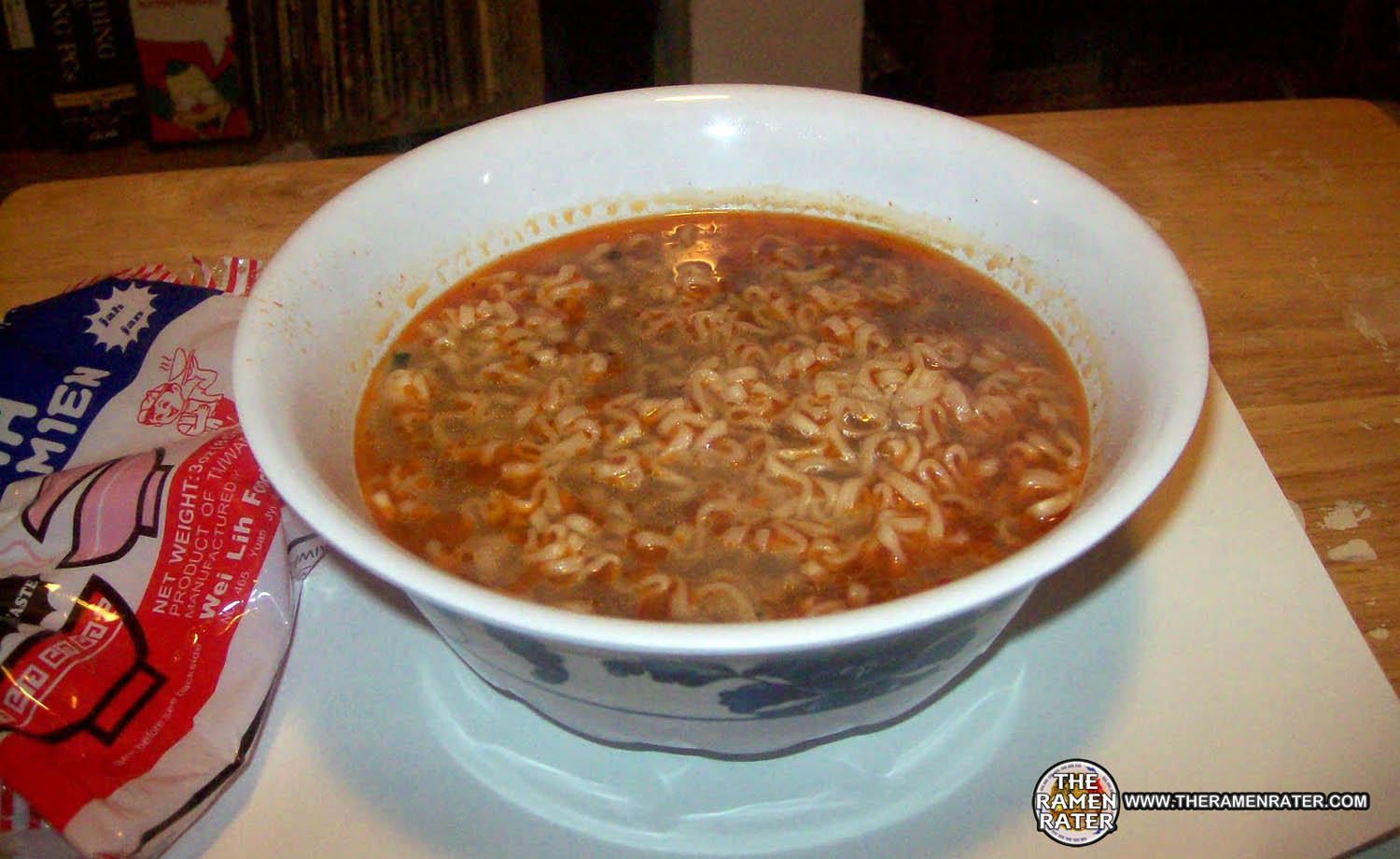 Finished (Click image to enlarge). So the upshot: the paste is extremely salty and has an almost slightly fermented tone to it. The noodles don’t really do much for me – they’re rather cheap, and I do mean rather… I do find myself ingesting this bowl differently this time: I eat some of the noodles and then sip some soup. It seems only right to ingest it this way. I find that rather interesting to be honest. Also, the soybean paste lent a huge amount of grease, allowing for a sea of shimmering beads of lustrousness at the top. So as far as a rating goes, I’m going to have to hit this one with a 2.4 stars. Nothing special, nothing bad, somewhat interesting, butu not enough to bump it a tenth of a point up to be exactly average.