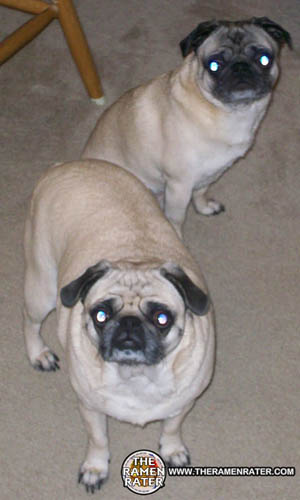 Since these noodles are Chinese, I thought I’d include our pugs in on cooking them. They were extremely helpful with the preparation. 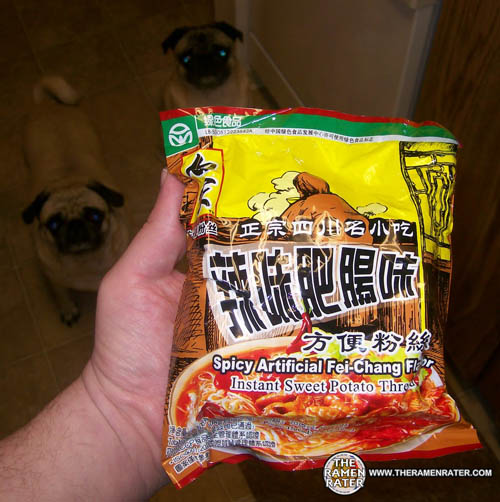 So Here we go – notice the pugs in the background. I thought sweet potato noodles sounded fascinating. 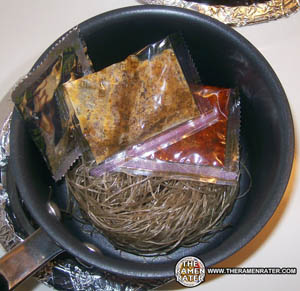 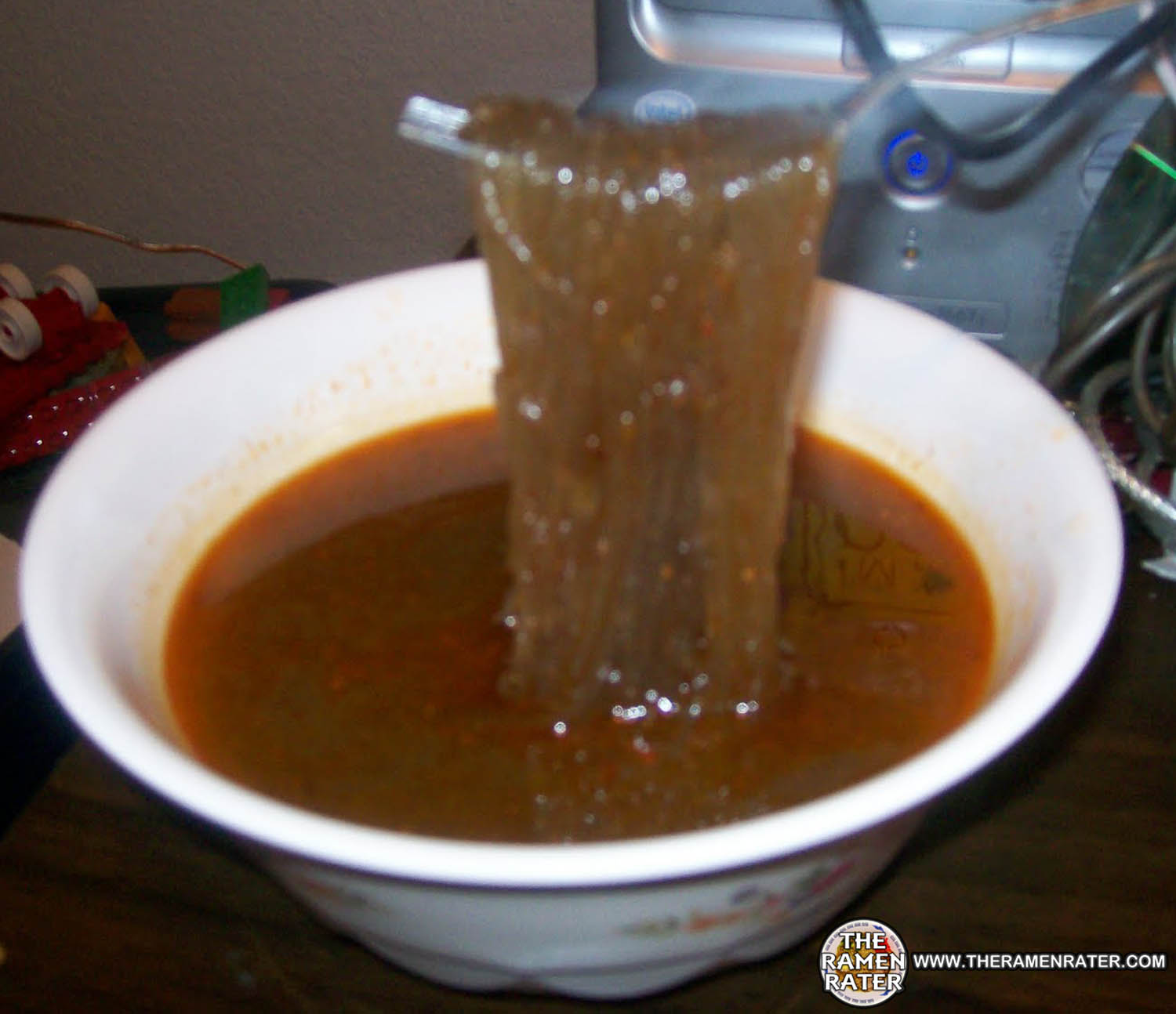 So here’s the finished product (click image to enlarge). It reminds me of gravy. However, not the kind of gravy I usually enjoy – like the stuff you can get on mashed potatoes at KFC. No, this is a mean gravy.
The noodles were too hot to eat until about 8 minutes after cooking. The broth was sucked up by the noodles and turned into a Jell-O like consistency. Very greasy concoction. It really is the kind of food that if I ate the whole bowl, I’d require an altogether new meal to ingest as to recover from the sheer work of eating this stuff.
Although rather nasty (I don’t honestly think people should eat this), it does certainly seem bizarre and I like bizarre. I’m going to say Fei-Chang means ‘dirt and urine.’
So let me just rate this ramen and get it over with. The official ramenrater.com rating here is 1.75 out of 5 stars. Gross. Just gross.