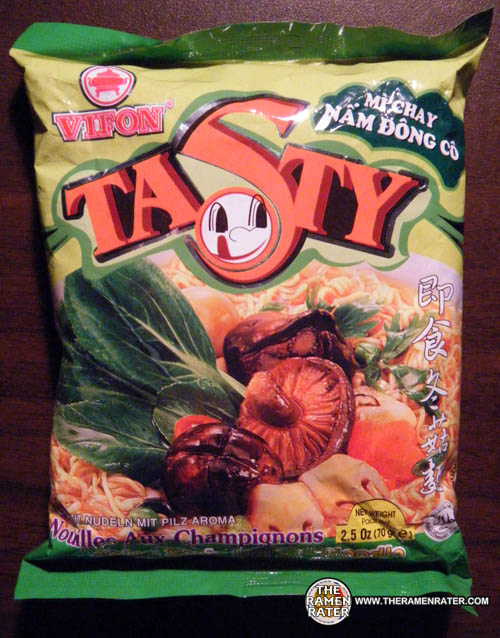 Okay so my theory here is that if it says it’s tasty, there’s an extremely good chance it isn’t. I’ve never been a mushroom fan but I’ve been coming around lately. This however looked gross to me and has been sitting at the bottom of my noodle box for a while. Today I decided no longer will I fear these noodles. No longer will I cower under my afghan. Bring it noodles – let’s see how ya are. 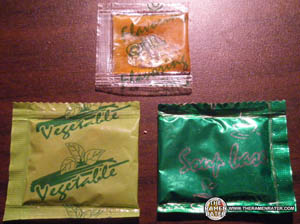 Vifon Tasty Mushroom flavor brings it with (clockwise from top) seasoned oil, soup base powder and vegetable sachets. The veggies looked to be bits o’ shroom. 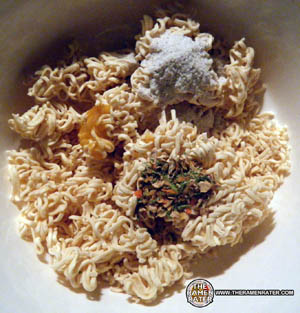 It’s kind of hard to see the ingredients laying atop the noodle block. Oh yeah – one of the few noodles I’ve reviewed that have had a smashed noodle block. It was sitting there for a while you see. The soup base powder was almost crystalline. The seasoned oil had a strong smell of sesame oil. 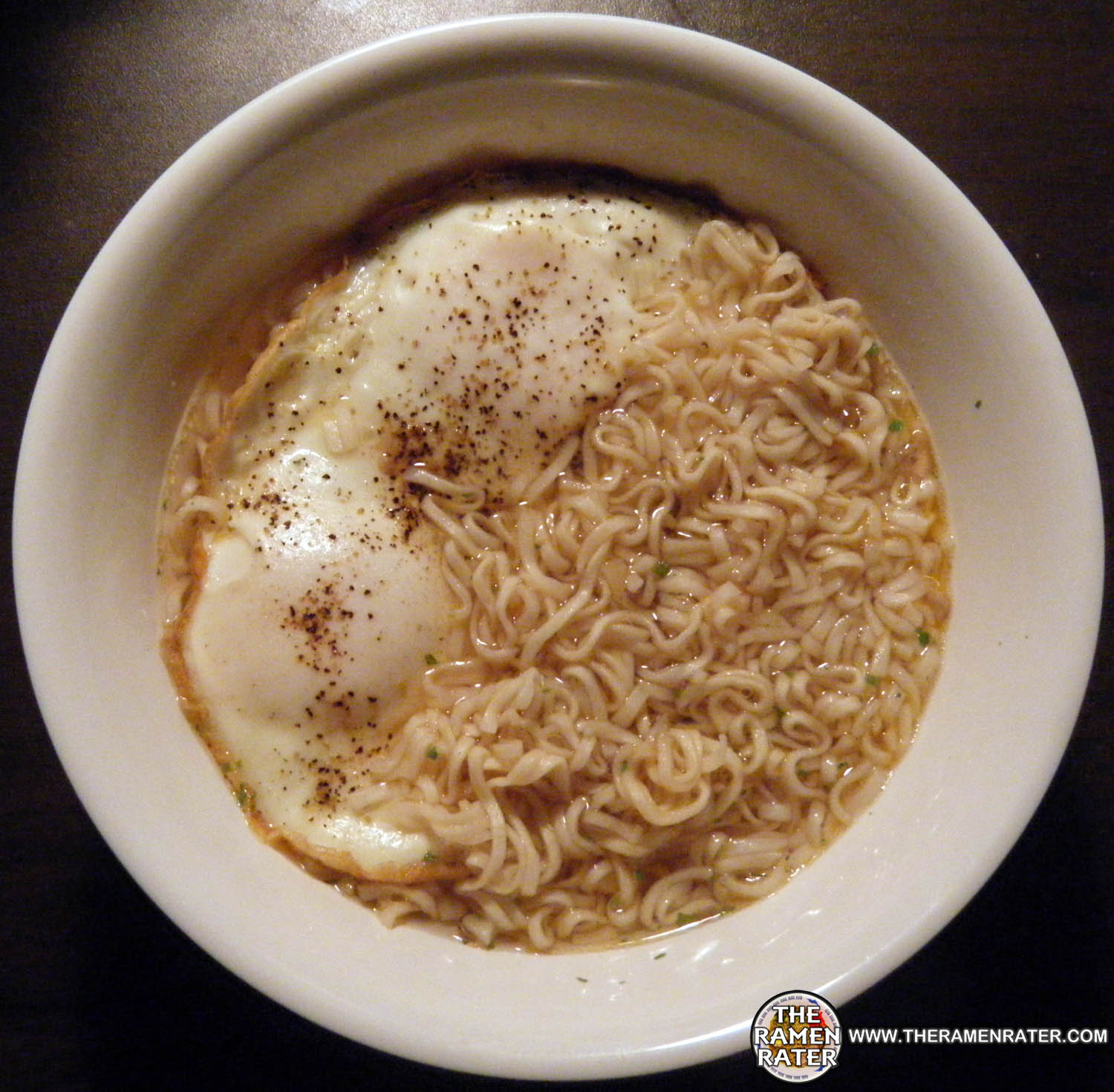 Click image to enlarge. I added two eggs. The noodles are quite lackluster. The are flimsy and have no honor as a Klingon would say. The broth and veg however have a very nice light flavoring to them which I did find pleasing. It was so light however that the salt and pepper on the eggs were not enough and a small dosage of Tony Chachere’s Creole seasoning was added. Anyways, so-so. 2.0 out of 5.0 stars.